Tamar Braxton reacts as her sisters call David Adefeso out 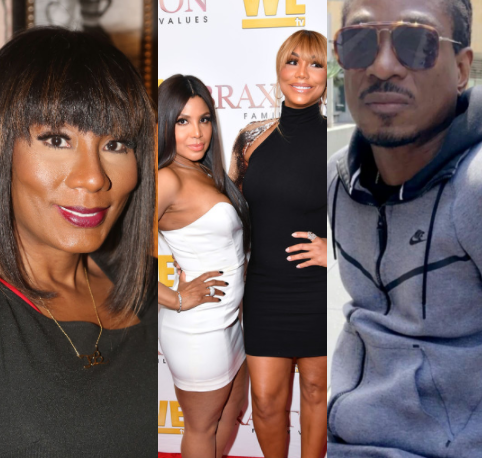 Tamar Braxton has reacted after her sisters – Toni Braxton and Towanda Braxton – called her ex-boyfriend David Adefeson out.

Tamar and her Nigerian ex David became estranged after they accused each other of domestic violence.

Tamar’s sisters went online hours ago to slam David. Toni warned him to leave her children out of his “shenanigans” and Towanda called him a “loser boy” 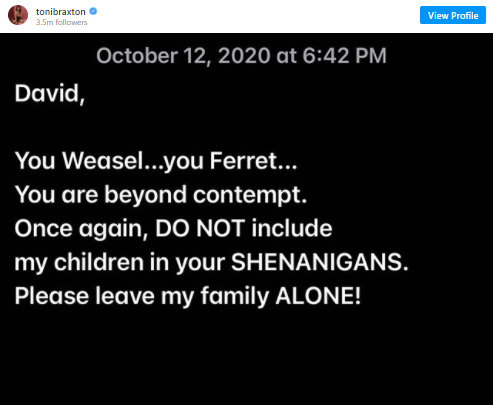 Tamar took to Twitter to react afterwards, writing: “Nobody wins when the family feuds.”