Toke Makinwa has responded to a troll who told her her current man is just there for the sexual benefits he gets.

Toke had shared a photo of herself posing in the snow and made reference to the “man that is currently eating my work”. 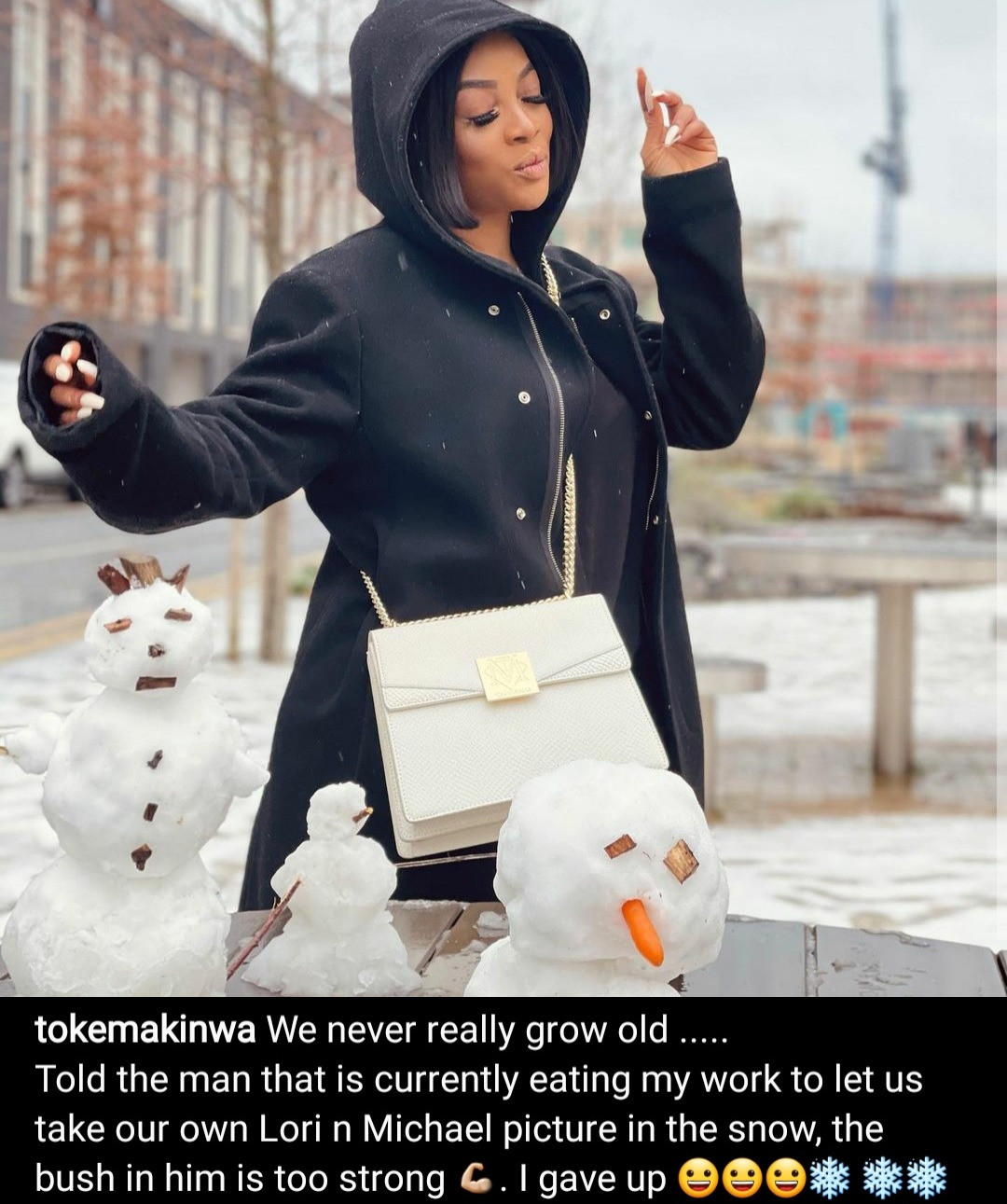 A follower responded, telling her that the man will soon recreate the photo with another woman he’s actually crazy about.

The follower went on to say that Toke’s current man is “just about the c**chie”.

And Toke responded: “I’m just about the D xx.” 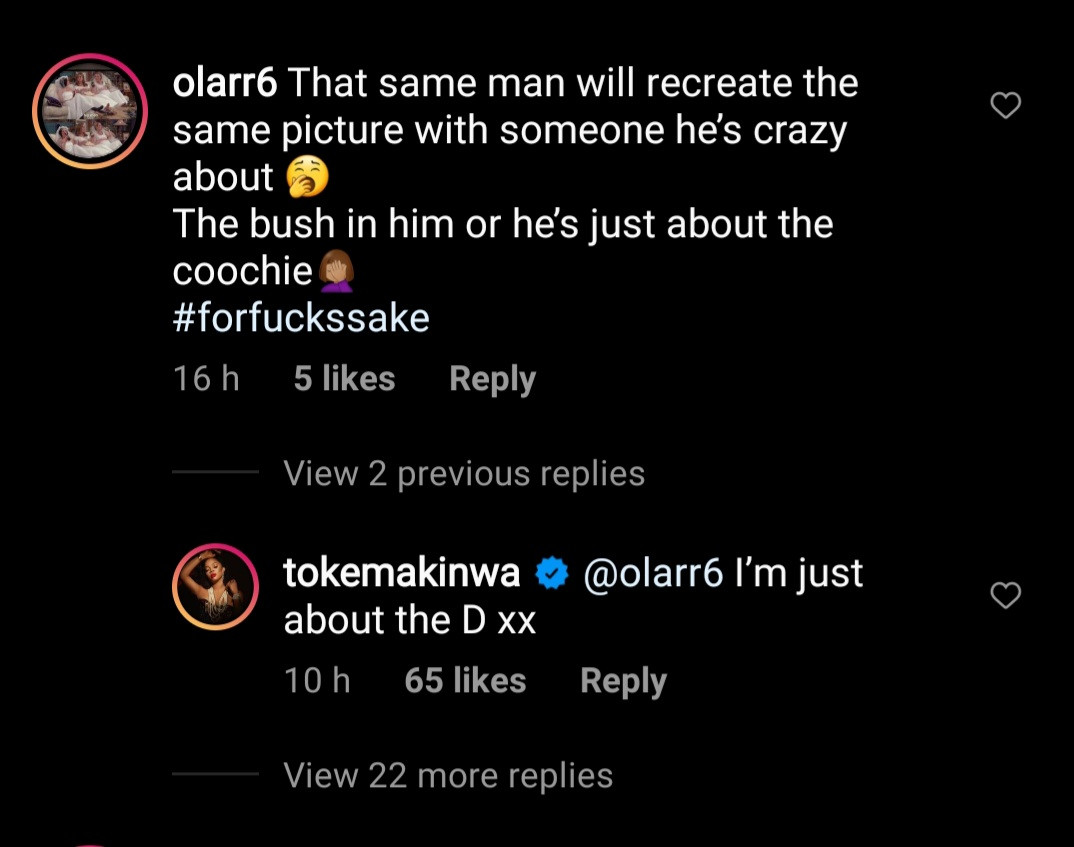 Nigerian Islamic extremist, Michael Adebowale, who killed British soldier is ‘fighting for his life’ after ‘contracting coronavirus in prison’