Top 20 richest pastors in the world still in 2020 and their net worth.

Forbes has released a list of wealthiest pastors in the world and their current net worth.

The list features pastors across Africa, Europe, and America as they are ranked in terms of their net worth.

All over the world today, there are so many churches headed by different powerful pastors or ministers and while it is known that pastoring is a ministry, pastors are seen as one of the richest and most popular in the society.

The top 20 millionaire pastors in the world as of 2020 so far according to their net worth from the biggest to the smallest are: 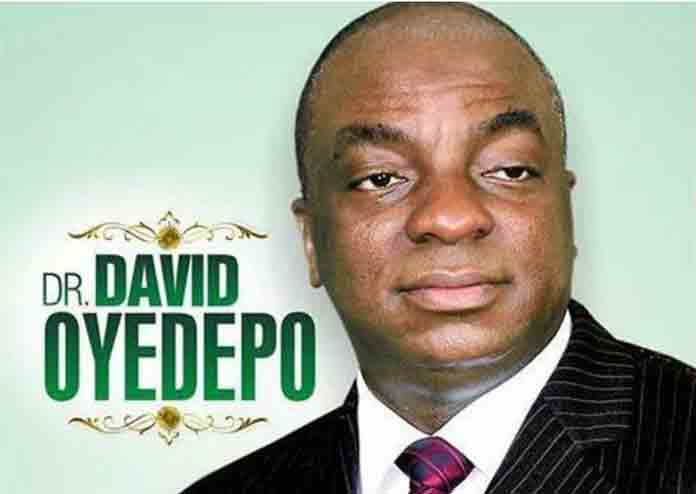 He possesses assets which include two universities, four private jets, a water producing company and his net worth is $150 million. Some books written by him are The healing balm, You shall not be barren, Ruling your world, The miracle seed, Maximise destiny and All you need to have your needs met.

His church is known to be the single largest church in the world which seats about 50,000 people. His ministry has helped in the development of maternity homes, schools, and hospitals. His two sons currently head the branches in London and South Africa. 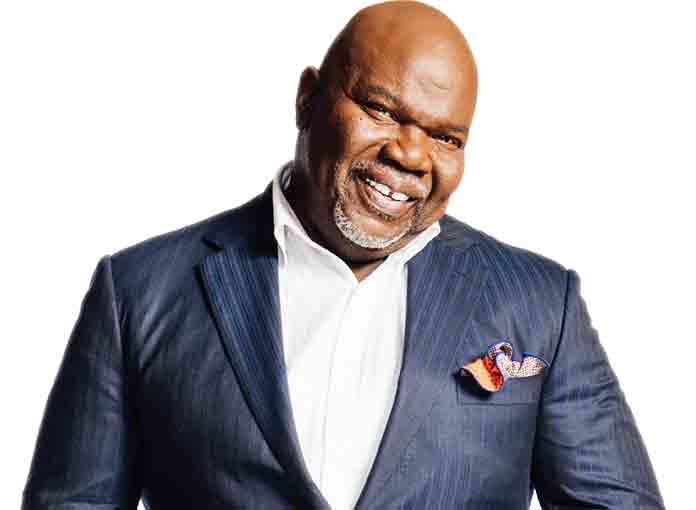 He is the presiding pastor of The Potters House Megachurch in America and Potter’s Touch television program and is also known as one of the best preachers in the USA.

He is a filmmaker, writer, singer, and lives in a $1.7 million mansion. Born on the 9th of June 1957, he is married to Serita Jakes with children.

As an inspired and renown writer, some of his books include The lady, her lover and her lord, Daddy loves his girls, Woman thou art loosed, Naked and not ashamed, Cover girls, Anointing fall on me and His lady.

His current net worth is $147 million. Most of his wealth comes from sales gotten from his gospel music, books, and appearances. He is of Nigerian heritage and has also won a Grammy award. 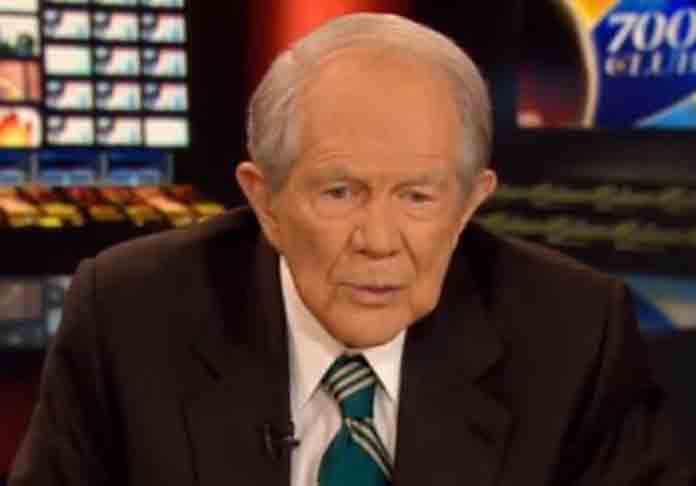 He is a politician, a televangelist, and a media mogul. He owns his own private university called Regent University and is the CEO. He is the chairman of the Christian Broadcasting Network and his net worth is $100 million. 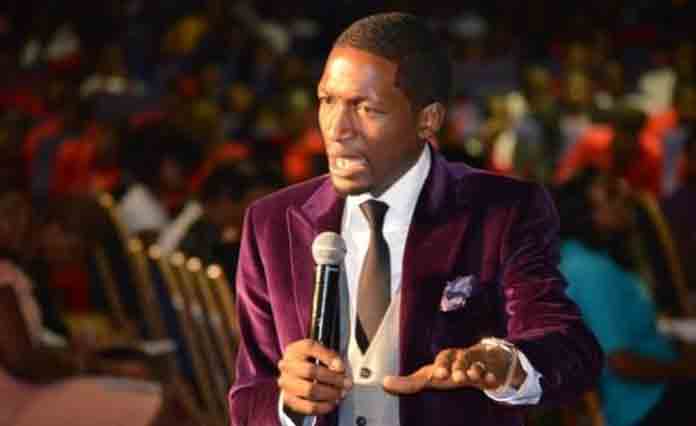 He is the founder of Spirit Embassy now known as Good News Church. Born on September 6, 1978, he is married and his net worth is $60 million. He is a businessman, televangelist, Founder of Angel organization and Free Earth Humanitarian organisation.

He is the pastor of Christ Embassy also known as Believers Love World. He is an author and was married to Anita Ebhodagbe with 2 children. Born on 7th December 1963, his net worth is $50 million.

He has a TV network called Loveworld which is the very first Christian network that broadcasts from Africa to other parts of the world. He has three television channels that have amounted to about 2.5 million views. He preaches on ‘faith healing.’ 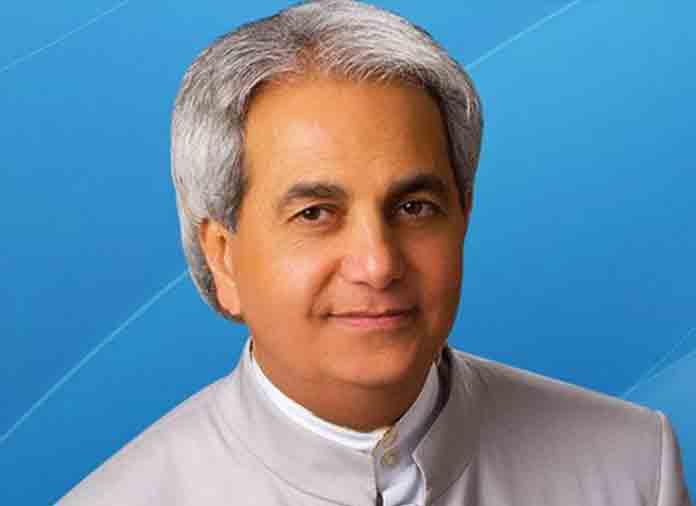 Also known as Tourik Benedictus is an author, speaker and a televangelist in Israel. He organizes revival meetings, crusades, and healing summits regularly. Born on December 3rd, 1952, his net worth is $42 million.

He is also known for his televised programme called This is your day. He is the most controversial of all the American Televangelist and he preaches on ‘faith healing.’ He owns a Gulfstream G4 jet. 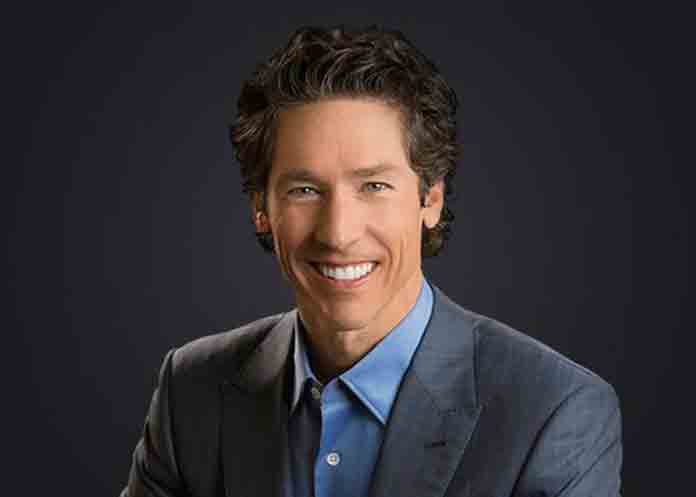 Joel Osteen is a televangelist in America and the pastor of Lakewood Church Services. He is a popular preacher and his sermons are watched all over the world. He has more than 7 million viewers from around the world. 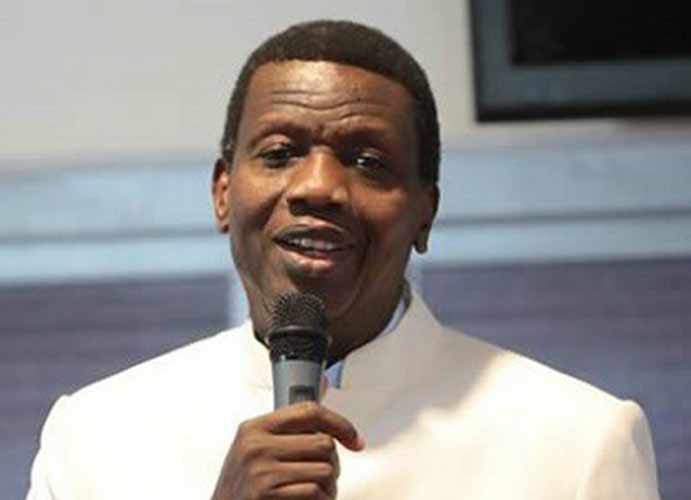 E.A Adeboye is the pastor of the Redeemed Christian Church of God. His one goal in the ministry is to ensure that within five minutes of every home, there would be a church around. He has over 14000 branches in Nigeria and his net worth is $39 million. He owns a television station named Dove TV. 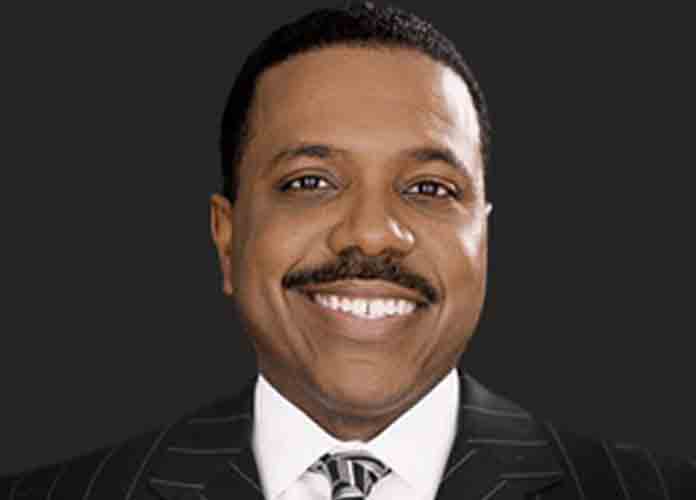 He is a teacher, pastor and founder of World Changers Church International, Georgia. He has other establishments in the United States namely Creflo Dollar International Conventional Association, Arrow Records, and the Creflo Dollar Ministries. His net worth is $27 million. He is known as one of the flashiest ministers in America who owns a Rolls Royce. He preaches mostly on “prosperity.” 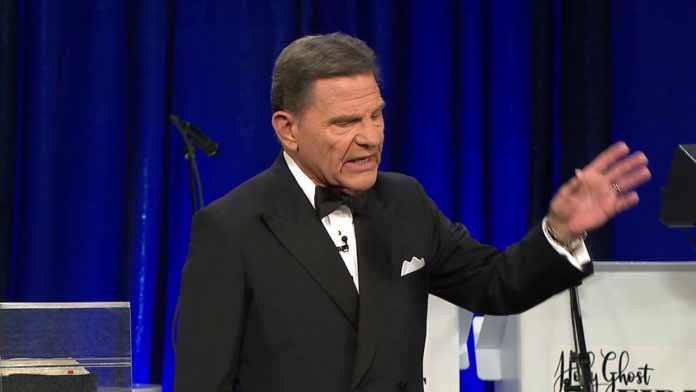 He is a televangelist who is in charge of Kenneth Copeland Ministries. His ministry is 1500-acres and includes a church, a private airstrip, a hangar for the ministries $17.5 million jet and other aircraft, and a $ 6 million church-owned lake-mansion. His net worth is $26.5 million. He preaches mostly on prosperity and abundance. 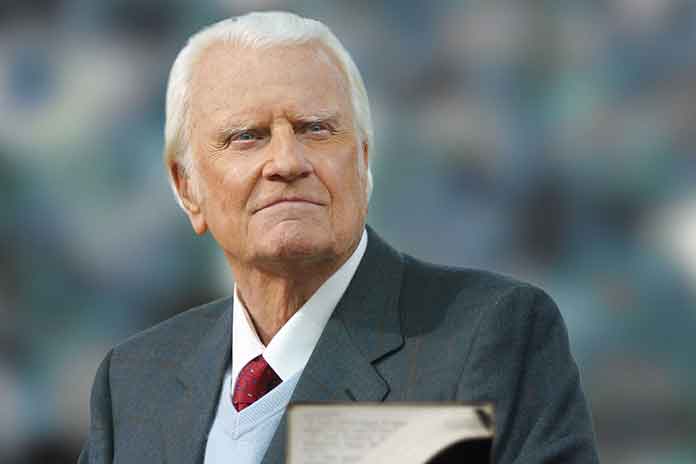 He is a world-renowned evangelist whose messages are broadcast all over the world. His net worth is $25 million and amongst all pastors, he is the most long-lived on the earth. His interest in the political terrain has helped him be a blessing to many and he has achieved up to 2.2 billion followings. 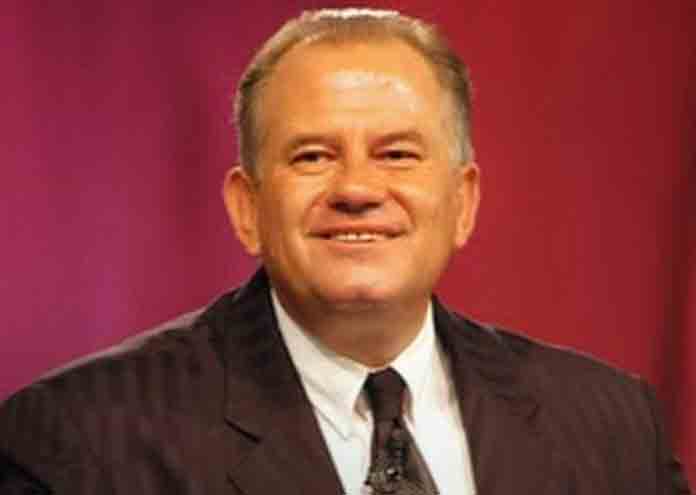 Pastor Ray is the pastor of Rhema Bible Church in South Africa, he is also a religious leader. An author, televangelist, he is equally the president of the International Federation of Christian Churches. He has a television broadcast named “a new day with Pastor Ray.” His net worth is $25 million. 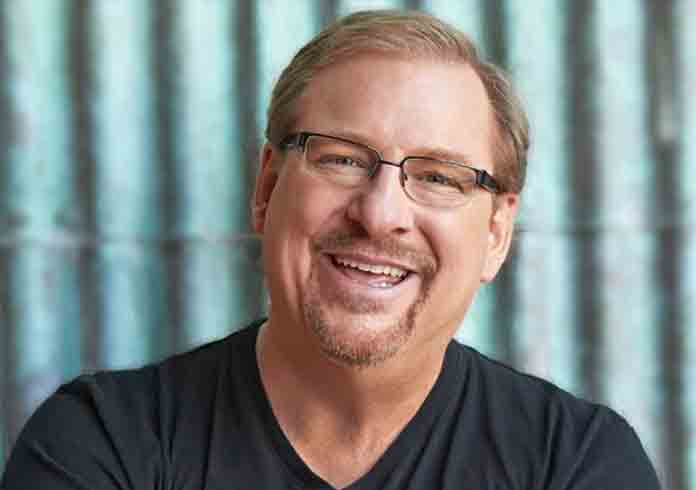 Rick Warren is the founder and pastor of Saddle Back Church in Lake Forest California. He is also an author, and his net worth is $25 million. He is one of the most influential preachers in the United States and some of his books are Purpose Driven Life, The Purpose Driven Church, Daniel Plan Journal: 40 Days to a Healthier Life, Twelve Dynamic Bible Study Methods, The purpose of Christmas.

He is the founder and pastor of Kingsway International Christian Centre (KICC). In the United Kingdom, his church is the largest Pentecostal Church. Asides pastoring, he also engages in other businesses and owns a media company. His net worth is $16 million. 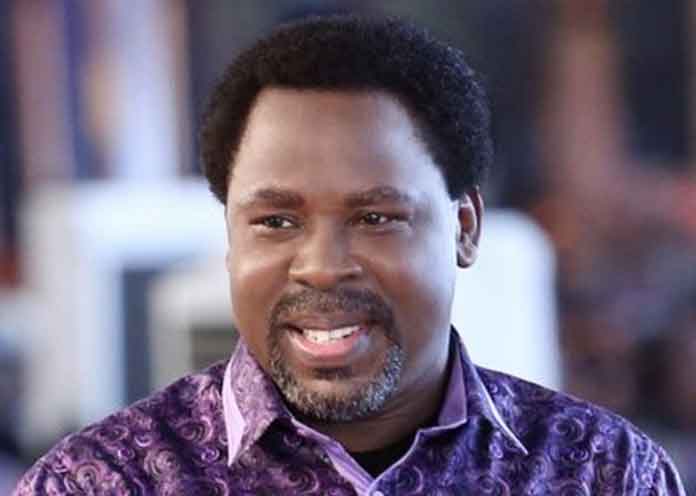 He is the pastor of the Synagogue Church of all Nations (SCOAN) which has branches all over Africa, Asia, Greece, and the United Kingdom. He is known for his unique powers to heal all sorts of diseases, including paralysis, cancer, and many others. Currently, his net worth is $15 million and he has over 1.5 million fans on Facebook. Recently his YouTube fan base reached a milestone of 1million. To many, he is a prophet.

He is the founder of the Word of Life Bible Church and also the creator of the African Broadcasting Network that broadcasts the gospel from the United Kingdom to the world. He is the former president of the Christian Association of Nigeria and his net worth is $15 Million. He has a private jet and investments in real estate, media, and banking. 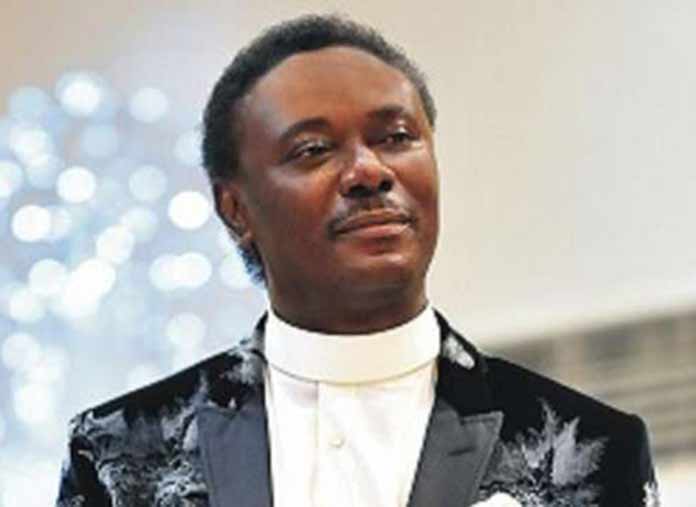 Former pop musician and now pastor of the Household of God church, he has a net worth of $12 Million. His interest in politics has made him contest three times in the Nigerian presidential elections. He is a businessman as well as a politician.

He is a singer and composes his own gospel songs, a businessman and also a politician. His church attracts celebrities and he is a writer. 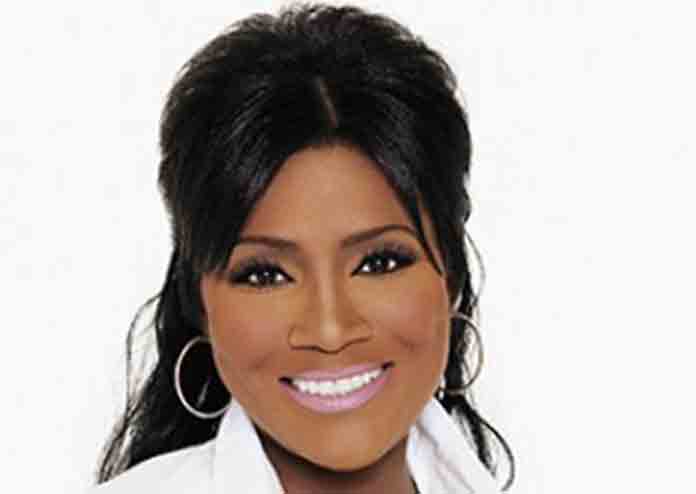 She is a Pentecostal televangelist in America, a singer, author, and actress. Her sermons are aired on Trinity Broadcasting Network which is viewed by many people all over the world and she has recorded lots of audiobooks.

She is the President of Juanita Bynum Ministries and CEO of Juanita Bynum Enterprises and her net worth is $10 million. Some of her books include No more sheets, My Spiritual Inheritance, Threshing Floor. Some of her songs are I Don’t Mind Waiting, You Are Great, Behind the Veil, Like the Dew, Jesus, What a Wonder, Shake Us Again. 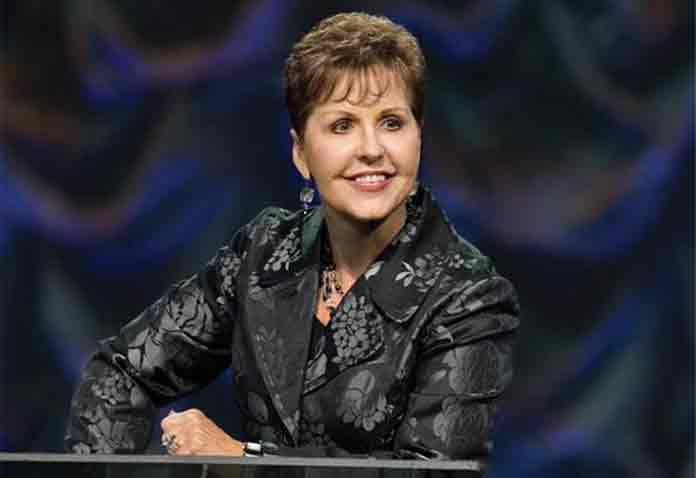 Joyce Meyer is the founder of Joyce Meyer Ministries and also an author, speaker and bible teacher. Her sermons are aired on the internet and on television and she also broadcasts on a radio show.

Her net worth is between $8 – $10 million dollars. Some of her books include Battlefield of the Mind: Winning the Battle in Your Mind, How to Hear From God: Learn to Know His Voice and Make the Right Decisions, Beauty For Ashes: Receiving Emotional Healing (Revised Edition), The Penny, The Love Revolution. Her program Enjoying Everyday Life is still being aired today. 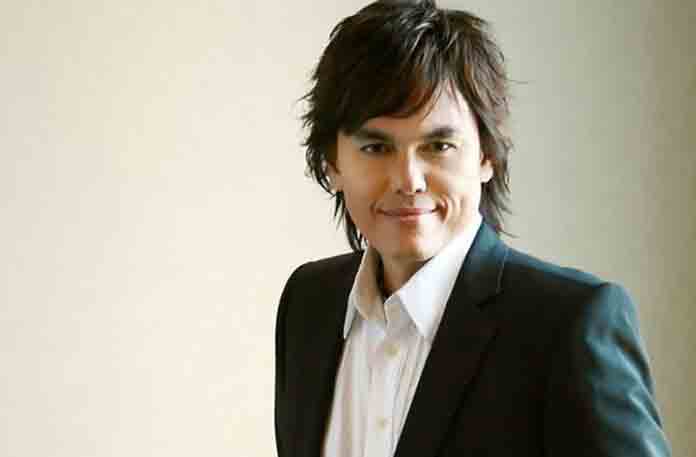 He heads the biggest church in Asia and has a yearly salary of $550,000. His net worth is $5 Million and he has an online video and podcast with a following from over 150 countries.

It is now clear that when the wicked rule the people mourn. Nigeria has never…