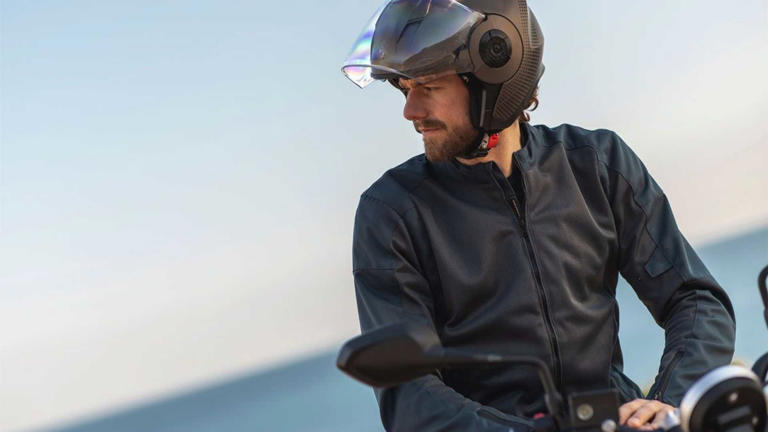 No outdated network connectivity for this jacket, but rather, top-notch comfort and protection.

Italian gear and equipment manufacturer Tucano Urbano is known for its stylish and chic riding apparel designed to suit the needs of two-wheeled city-dwellers. For its spring and summer collection, the brand has updated one of its popular mesh jackets, the Network 2G, to feature more breathability, added comfort, and industry-standard protection.

The result is the new Network 3G—a name that conjures up memories of outdated connectivity tech, but has nothing to do with that whatsoever. What the Tucano Urbano Network 3G is, however, is a stylish riding jacket perfect for the warmer riding season—something that the folks over at the northern hemisphere have been enjoying as of late. The Network 3G is built on the same principles as that of its predecessor, and so we find large polyester mesh panels for maximum breathability. The jacket is reinforced with abrasion-resistant oxford inserts on injury-prone areas, for added protection.

To conform with safety certifications according to the EN1621-1 standard, Tucano Urbano has outfitted the Network 3G with removable protectors on the elbows and shoulders, as well as a pocket that can accommodate a standard back protector. As such, the jacket garners a Class A PPE certification. Of course, when it comes to motorcycle jackets, safety is always a given, and so the Network 3G also offers a pinch of practicality for on-the-go city-dwellers thanks to plentiful pockets both inside and outside. Furthemore, a snug fit is ensured by adjustment straps at the arms, wrists, and hips. Lastly, reflective elements at the back offer some additional visibility in poor weather or at night.

As for colors and sizing, Tucano Urbano caters to those with a more subtle taste when it comes to riding gear, as it offers the jacket in three colorways consisting of black/beige, gray/blue, and black. It’s sized ranging from S all the way to 3XL, and even comes in 4XL specifically in black. A lady-specific version of the Network 3G jacket is also available in the same colors and price. The price? A decent 129 Euros, translating to $137 USD, per current exchange rates.

The storm is over as Mudi @Mudiafrica01 begins another trend of Fashion Icon-ism.