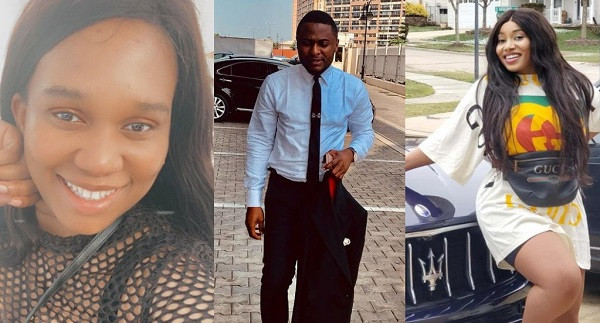 Ubi Franklin has addressed the fight between his fourth baby mama, Sandra Iheuwa and his alleged new girlfriend Adesuwa Renee.

The businessman who went live on Instagram, accused Sandra and her friends of creating a WhatsApp group where they denigrated Renee. He also claimed that this unprovoked attack never stopped even after the WhatsApp group chat was leaked to blogs.

Asking why Sandra must be his only baby mama to bring him to social media, Ubi stated that he is not married to her and the only attachment they have is their daughter. He also averred that she cannot control who she meets or becomes friends with. The businessman also warned her to stop making people think that he is requesting for romantic or sexual relationship from her.

Also debunking claim of having a fifth baby mama, Ubi said if he had one he will proudly bring it up on social media.

He further slammed trolls who constantly abuse him by telling them to ”test their strength” with him when they see him on the street.

The Weeknd announces he will ‘never’ submit music to the Grammys again: ‘I have no…