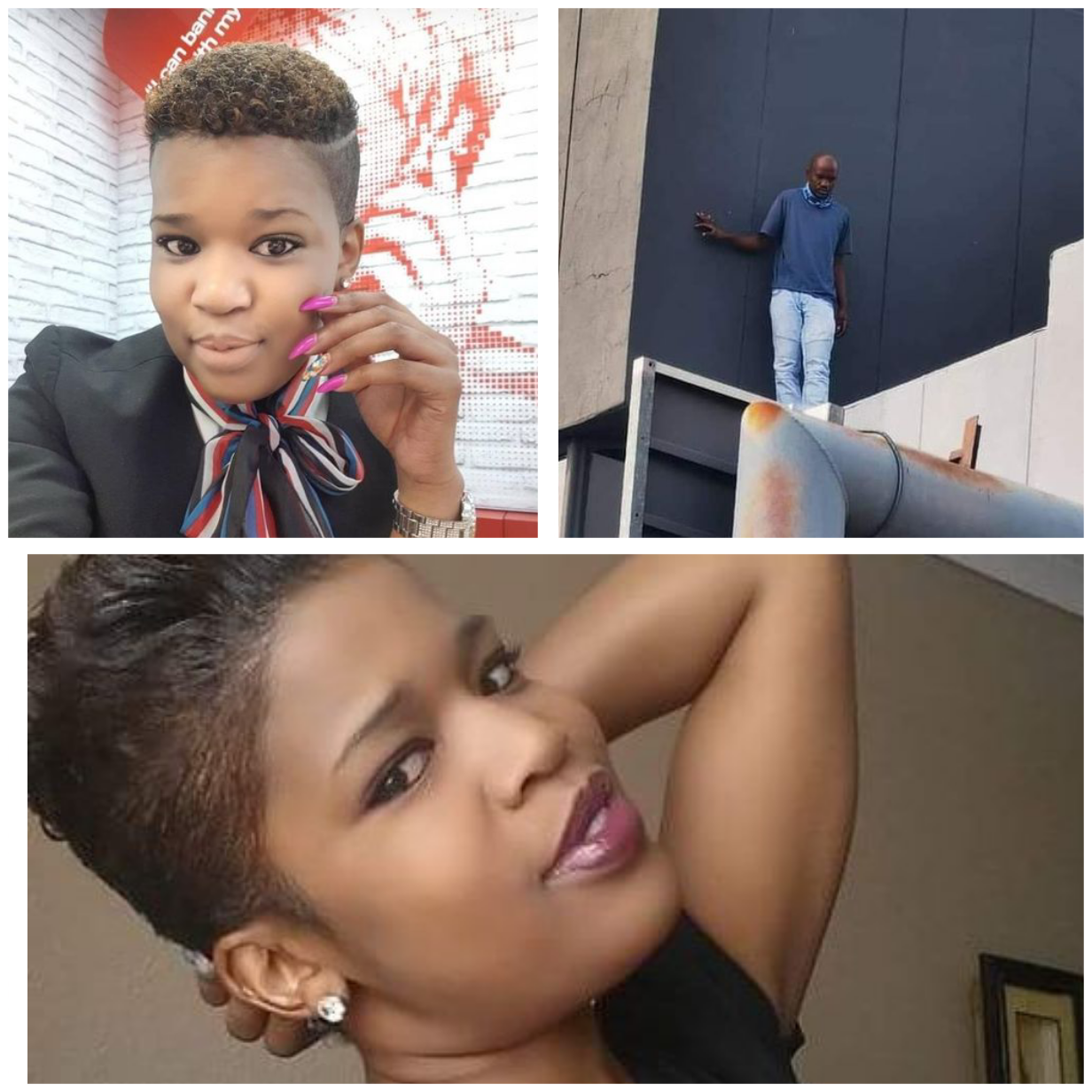 32-year-old bank employee, Tshepo Rakoma, was allegedly shot dead by her partner of eight years and father of her three children in Polokwane, Limpopo, South Africa after she ended their relationship.

LIB reported that Tshepo was sprayed with bullets in the parking lot of a shopping centre while sitting in her car with a man during her lunch break, sparking a public outcry and bringing into the spotlight the scourge of gender-based violence (GBV) in the country.

The suspect, Kibi Josias Lebogo, 34, was arrested at the scene on charges of murder and possession of an unlicensed firearm. This was after he climbed on top of the roof of the parking lot and threatened to commit suicide. 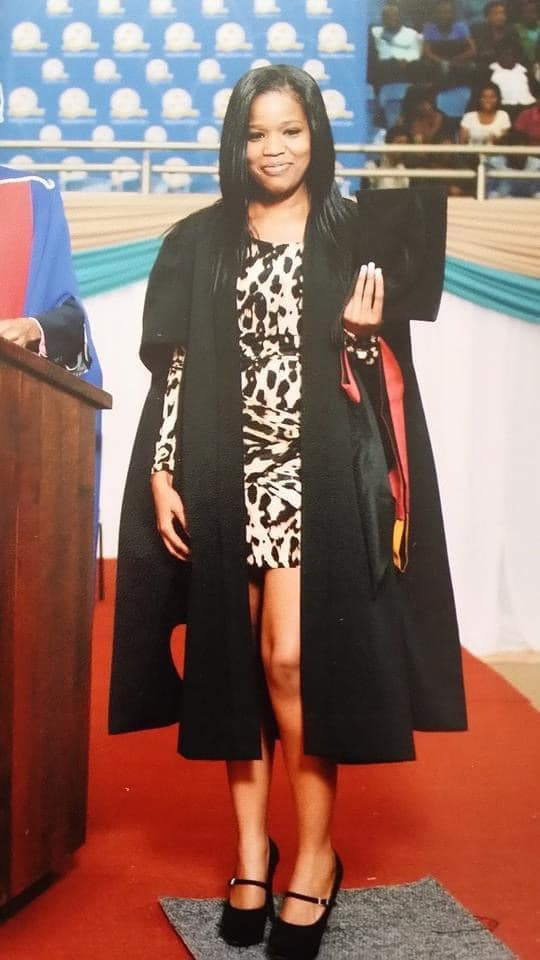 The family of the deceased have blamed themselves for her death, saying they ignored her warnings and pleas for help.

The family said before Tshepo was murdered she pleaded for their intervention. She warned that the father of her three children was baying for her blood over her decision to end the relationship and told them that the suspect was stalking her.

Speaking to IOL on Sunday, May 9, Rakoma’s sister, Tebogo, and her aunt, Aletta Lephalala, said the deceased had given them several warnings, days before she was brutally murdered, that her life was in danger because her taxi-driver boyfriend had become increasingly abusive.

According to the family, the accused’s stalking tendencies began when Rakoma left him because of his violent nature. They said she told them that the suspect had turned against her after they started experiencing financial difficulties, which forced them to move back into a room in her mother’s house, in Seshego.

The couple had been living together for eight years and had three children, the family said. Things went from bad to worse after the suspect failed to keep up with the monthly repayments on his taxi due to Covid-19-related restrictions on load capacity.

“Tshepo warned us less than a day before that that animal would kill her,” Lephalala said.

It is alleged that Rakoma had locked herself in the car when the suspect shot her five times, including in the head. The young mother’s bullet-riddled body was found in the driver’s seat of her car.

Tebogo Rakoma said more warnings came from the deceased’s eldest child, 9, who raised concerns that the suspect would kill her after Rakoma threw him out of her mother’s house.

“We failed her. We could have stopped this if we had reacted sooner,” Tebogo said.

She said that Rakoma’s 63-year-old mother was not coping with the loss of her daughter, and would be receiving counselling. Lephalala claimed that the suspect nearly strangled Rakoma to death in February after he suspected that she was seeing someone else.

The family also disputed a police statement that Rakoma was in her car with a third person who fled the scene during the shootout.

Chairperson of NGO Women Taking Back Safety, Thalamsindo Raputu, said: “We believe that this guy was stalking Tshepo and ended up killing her. Now he is in prison getting breakfast, lunch and supper when Tshepo is lying dead”

Meanwhile, the suspect made a short court appearance at the Polokwane Magistrate Court on Monday, May 10.

Lebogo’s case was postponed to the 18th of May 2021 for further police investigations and bail application. 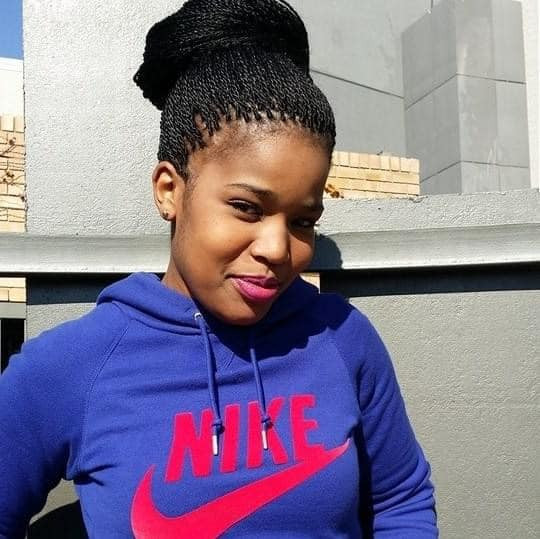 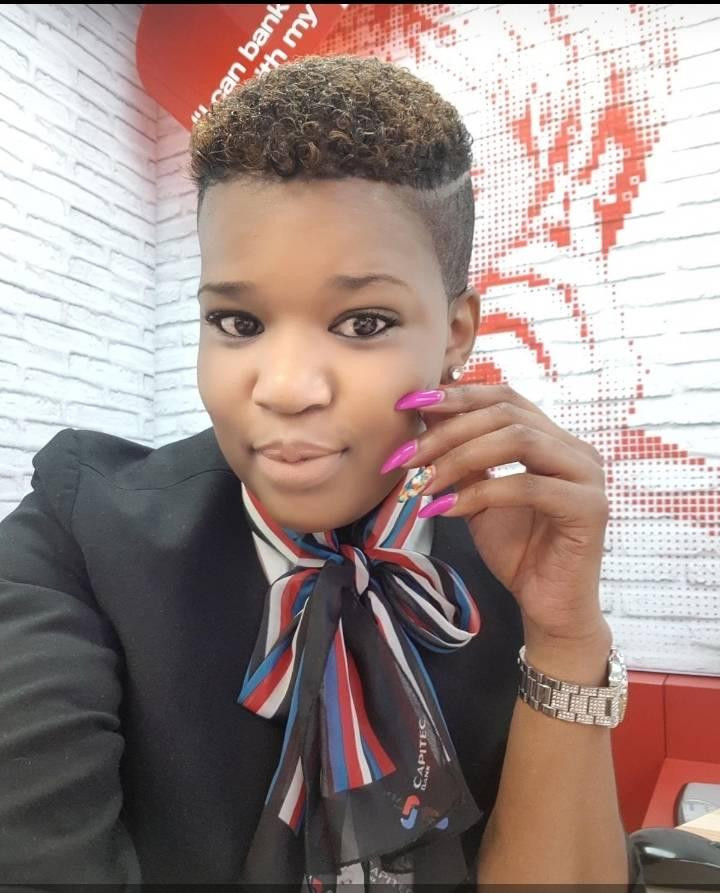 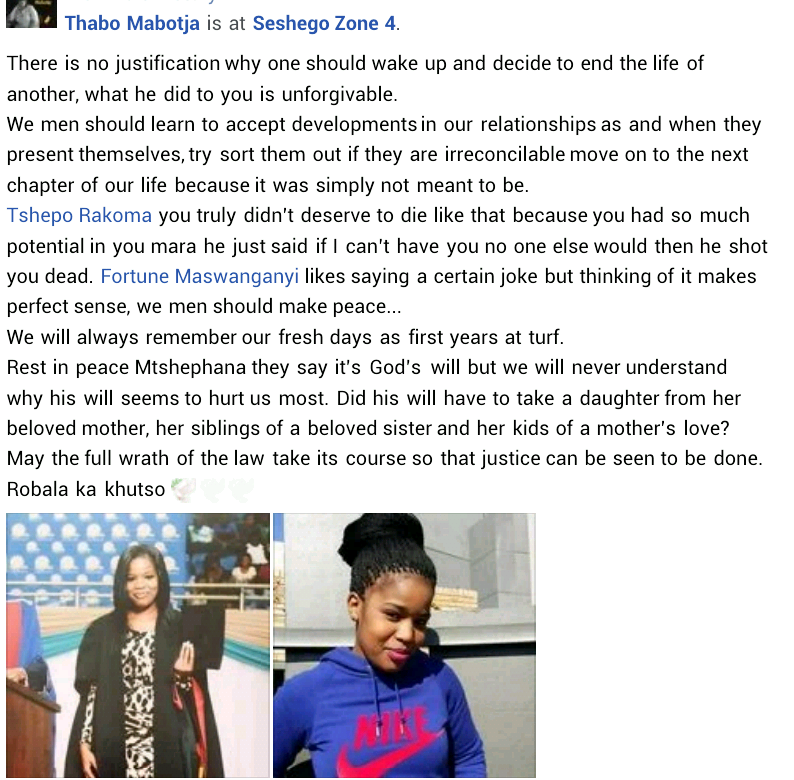