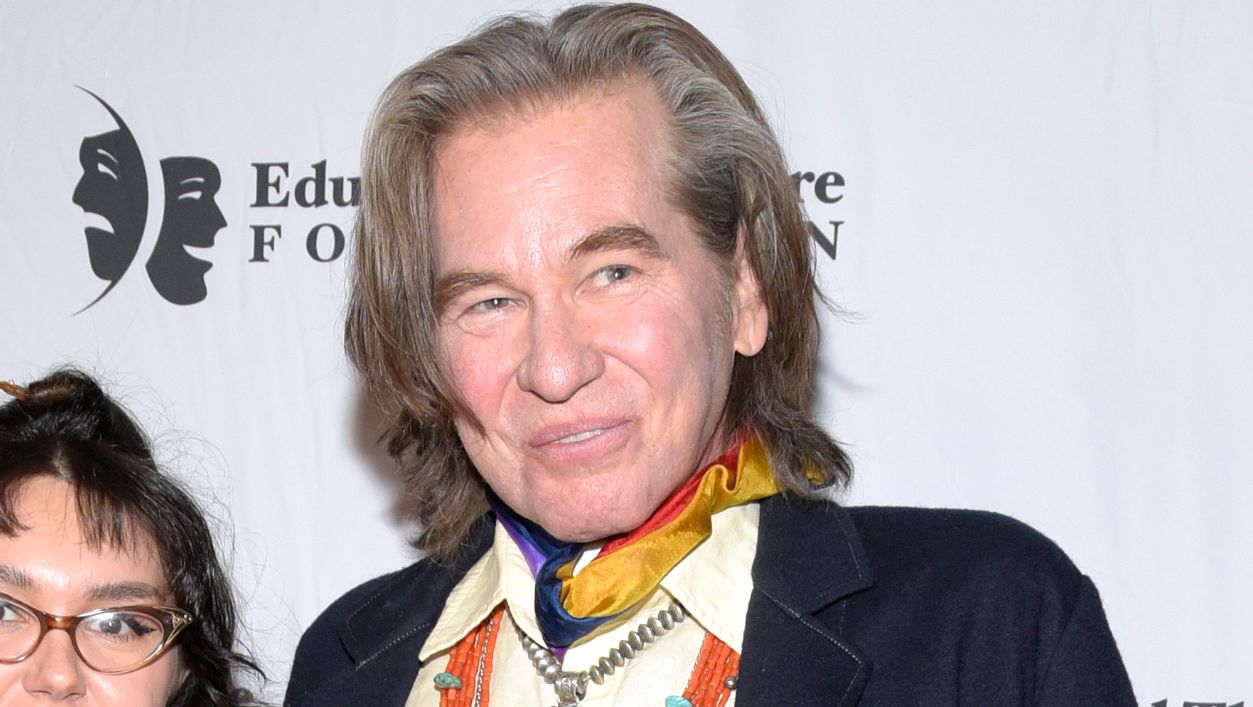 Val Kilmer is opening up about his health.

While promoting his new film Paydirt, the Top Gun actor, 60, spoke about having a tracheotomy necessitated by his two-year battle with throat cancer. The surgical procedure, which involves an incision in the windpipe and the placement of a tracheostomy tube to improve breathing, completely altered his voice, making it difficult to speak and to be understood due to its raspiness.

Nonetheless, Kilmer told USA Today, “I feel great, and my health is excellent.” And in an attempt to deflect attention from himself, he added that his daughter Mercedes Kilmer, who appears in Paydirt with him and was also being interviewed, “feels great, looks great and her health is excellent” too.

Kilmer — who opened up about cancer and the tracheotomy in his April memoir, I’m Your Huckleberry — said on Good Morning America this week that acting again after the surgery changed his voice is like learning a new language.

“It’s just like any other language or dialect,” he said. “You have to figure out a way to communicate that’s no different than any other acting challenge but it’s just a very unique set of circumstances.”

Kilmer, who pushes a trach button to speak, added, “I feel a lot better than I sound.”

And how does he sound? “I sound like I’ve been run over by a cement mixer,” he said to Entertainment Tonight, also this week. Despite that jarring comparison, he added, “[But] I feel fabulous. Some days are better than others, but I am very much improving, so, yeah, I’m going to work till I’m 150 years. I wanna play the oldest man on Earth.”

Mercedes, who plays his daughter in Paydirt, spoke about making the film, which was shot last December, with her dad, saying it was eye-opening to work with an actor with a voice disability — even though it was her dad. In the film, 100 percent of Kilmer’s dialogue had to be dubbed by voiceover artist Jesse Corti because Kilmer is difficult to understand.

Mercedes described herself as “so proud to have been in this film” to GMA and “not just because my dad is my actual dad, but because [he now has] a disability with [his] voice, and it really meant a lot to me to be able to be involved in this film that centers [around] a disabled actor, or an actor with a disability.”

She said she also learned that as a young actress, she has very little experience working or training with actors with disabilities.

“Being so close with my dad, I don’t think of him as a disabled person, so we didn’t really talk about it beforehand,” she told the New York Post. “But I thought it would be easier on set than it was. And it really revealed the narrowness of my own training. I thought how easily the conversation [about disability] could have been brought up. My dad is so talented, he has such an ability to communicate, even outside of his speech. I learned so much from him about how you can communicate physically. That’s really enriched my own work as an actor.”

As a result, she’ll be advocating for more work for actors with disabilities, saying, “I think everyone has so much to gain from working with disabled actors. This film really shows how successfully it can be done. There’s no reason not to.”

While doing press, Kilmer was also asked about Top Gun: Maverick, which has been pushed back to July 2021 amid the pandemic, and played it coy, not revealing whether or not he even saw it.

“Can you tell by the sparkle in my eyes?” he quipped to USA Today. “Maybe I have seen it.”

In fact, he wouldn’t even answer if he wears Tom “Iceman” Kazansky signature Ray-Bans in the film, replying, “I don’t know if that’s a secret or not. And you never know what they keep or what they take out of the movies. So you may see me in them, and you may not. But there’s definitely a hairdo.”

In Kilmer’s memoir, he wrote about begging to be part of the sequel. What was it that convinced Cruise to say yes? “We’ve been close for a long time. I’ve always defended him in the press. I never understood the animosity toward him, other than the fact that he’s successful.”

Kilmer was diagnosed with throat cancer in 2015. After initially denying reports that he was sick, he publicly confirmed the diagnosis in 2017.

While promoting his memoir in April, Kilmer, a Christian Scientist, told the New York Times he initially “prayed, and that was my form of treatment.” He also received chemotherapy and radiation, but he said prayers were his true treatment. He also said his trach tube is as a result of the “radiation and chemotherapy. It’s not from cancer… That ‘treatment’ caused my suffering.

Soldier, 38, and his wife ‘murdered their four children by poisoning them with carbon monoxide before killing themselves’