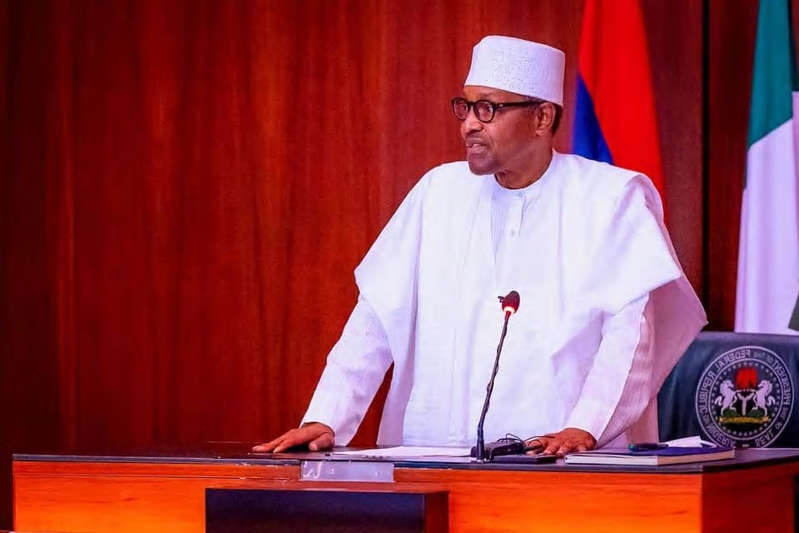 President Muhammadu Buhari says members of the All Progressives Congress (APC) are already preparing the party to remain in power after his administration.

Buhari made the statement on Friday evening, June 11, during an interview aired on NTA which was monitored by Legit.ng.

He said the ruling party intends to remain in power for as long as possible.

The president also stated that when he leaves office, he hopes to leave behind a prosperous and secure Nigeria.

He said: ”Yes, we are preparing APC to remain in power for as long as possible. From local government to state and even to Abuja, we are the party to be in control.

“We have done some things and want APC to remain in power to continue with these good works and we are going to give our party a lot of publicity so we want the party to continue.”

He also stated those accusing him of sparing bandits and terrorists in Nigeria are being unfair.

Buhari explained that he is also treating bandits and insurgents in the language they understand.

He faulted the claims that he pampers bandits in the north while sounding tough against insurrectionists in the southeast.

The president discloses his retirement plans

Meanwhile, the president has disclosed that he would retire to his farm to take care of his cattle when his second term ends in 2023.

According to The Guardian, the Nigerian leader made the statement on Thursday, June 10, during an interview on Arise TV.

In another news, Buhari has hailed the 9th National Assembly, stressing that its leadership and members have displayed maturity and patriotism in exercising their legislative functions in the last two years.

The president’s commendation was made known through a statement issued by his spokesman, Mr. Femi Adesina, and seen by Legit.ng on Friday, June 11.

The president’s message is part of celebrations and commemoration of the 9th National Assembly’s second anniversary.

Reporting about racial justice and the pandemic dominates the Pulitzer Prizes

12 Best Glute Exercises To Shape Up Your Buttocks

What shirt number will Jadon Sancho wear at Man Utd?