‘We saw a bit of light in the Italian Cup’ Napoli coach, Gennaro Gattuso speaks on Victor Osimhen’s fitness 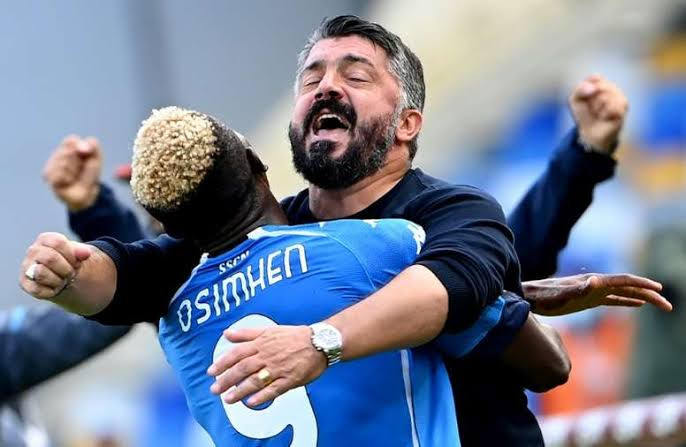 Napoli head coach, Gennaro Gattuso has admitted that Victor Osimhen, the club’s all time most expensive signing, has not yet reached full fitness despite recovering from a shoulder injury suffered on international duty and COVID-19.

Osimhen cost Napoli €70 million and if the wages and bonuses over the duration of his five-year contract are included, the fee could rise to 100 million euros.

The Super Eagles number 9 has yet to start a game for the Blues in 2021, making four appearances off the bench, two in the Serie A and another two in the Coppa Italia.

Before his injury, Osimhen scored three goals in eight appearances in the top-flight.

Gattuso has now stated that he misses the qualities of Osimhen, saying he can’t wait for him to get fit.

“Victor is doing everything to recover. He stopped for three months, it is normal that it is not at its best,” Gattuso said to Sky Sport Italia .

“We saw a bit of light in the Italian Cup, today we gave him more time. We know the characteristics he has, he and Petagna are different players.

“But even with Petagna we have developed well today. Osimhen gives us more depth and more solutions”.