Welder on the run after allegedly raping an SS2 girl while she was hawking. 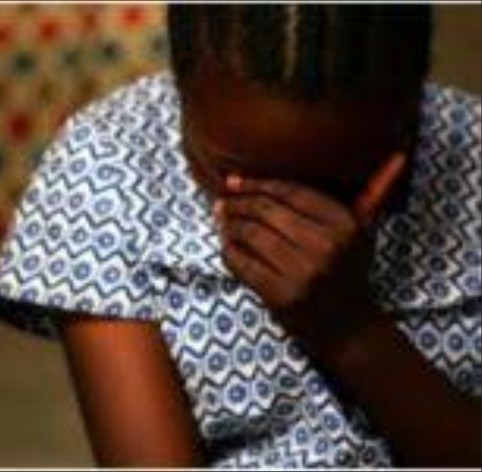 A welder is on the run after allegedly raping a 19-year-old in Ile-Ife, Osun State.

Korede Adewumi fled his abode after he was accused of raping an SS2 student while she was hawking ‘aadun’ around Olubuse area of Ile-Ife.

The girl began hawking to keep herself busy since schools are closed due to the Coronavirus pandemic. While hawking on Friday, July 3, the welder allegedly pretended he wanted to buy her snacks and lured her to his house where he raped her.

Korede Adewunmi was allegedly sitting in the verandah of his house when he saw her and called her. He went inside, pretending he was going to get her money, then, he came to his door and asked her to come get her money. As soon as she got to him, he allegedly pulled her hands and forcefully dragged her into his house where he allegedly raped her.

The landlord reportedly heard the girl’s screams but by the time he reached out to neighbours for help, Korede was allegedly done with the act.

The victim was taken to a nursing home where some tests were carried out. The case was then reported at Aagun Police station.

“The above-named patient came to my facility with the history of forced sexual intercourse. There is bleeding per vagina as confirmed by the clinician in-charge,” the Jesuloluwa nursing home and maternity wrote in a report referring the victim to the Obafemi Awolowo University Teaching Hospital, Premium Times reports.

Both the police and family members of Mr Adewumi said they do not know his whereabouts.

Police operatives have visited Korede Adewunmi’s home multiple times, but they haven’t found him. His aged mother also claims she hasn’t seen him.

The police have said they will not give up until they find him.