Woman dies after receiving news of her husband contacting Covid 19 in Delta State. 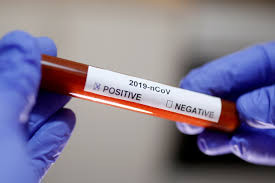 Our sources reported  that the tragedy, which happened at Igho Salami Street, Uloho Avenue, has thrown residents of the community into mourning.

A resident who spoke on condition of anonymity said Mrs. Oregbe was at home when the news of her husband’s sample result came out on Monday.

“I am sure she has been managing high blood pressure before now because as soon as she was told her husband tested positive she slump and died before they could rush her to the hospital”.

Delta state currently has 965 confirmed cases of COVID19. The state governor, Ifeanyi Okowa, his wife Edith, and one of their daughters are among the positive cases in the state.