”You betrayed my loyalty, service and respect to you”- Japheth Omojuwa responds to Oby Ezekwesili’s letter accusing him of enlisting her as a director in his company without her approval and consent

On April 9, Former Minister of Education, Oby Ezekwesili, via her Twitter handle, shared copies of a letter she wrote through her lawyers, Falana and Falana Chambers, to social commentator, Japheth Omojuwa, demanding a public explanation and apology from him for enlisting her as one of the directors of his company, Alpha Reach, without her consent and approval.

According to the letter, Ezekwesili said on March 31, 2021, she was contacted by a person inquiring from her if she knew about her position as a director in the aforementioned company. The letter from her lawyers stated that Ezekwesili said no, as she had never heard of the company before. According to the letter, the person who initially contacted her later forwarded a document from the Corporate Affairs Commission CAC showing her name listed as one of the directors of the company which later turned out to be owned by Omojuwa.

The letter stated that when the former Minister reached out to Omojuwa for an explanation, he confirmed he was indeed the owner of the company and that she is not involved in it at all. The letter added that Mrs. Ezekwesili asked Omojuwa for the Incorporation documents of the company which he promised to provide but never did. She demanded a public explanation and apology from him for using her name without her consent. Read here.

Well, Omojuwa has responded to her letter. In his own letter written by his counsel, Babalakin and Co and shared Wednesday April 14, Omojuwa insisted he sought the former Minister’s counsel to enlist her as a director in his company. Omojuwa went down memory lane describing how they became friends and built a very cordial relationship for many years.

On Ezekwesili’s request for the full disclosure of documents of the said company, Omojuwa said he will only make that available to her after she has signed an undertaking that it will be treated with utmost confidentiality.

Posting copies of his own letter on his Twitter handle, Omojuwa wrote

”Pastor @obyezeks, you served me legal notice publicly, so I was left with no choice but to serve you publicly too. PS: I won’t react to the unwarranted provocation from you, your sons & allies. You betrayed my loyalty, service & respect to you, for reasons I don’t understand.”

Read copies of his letter below 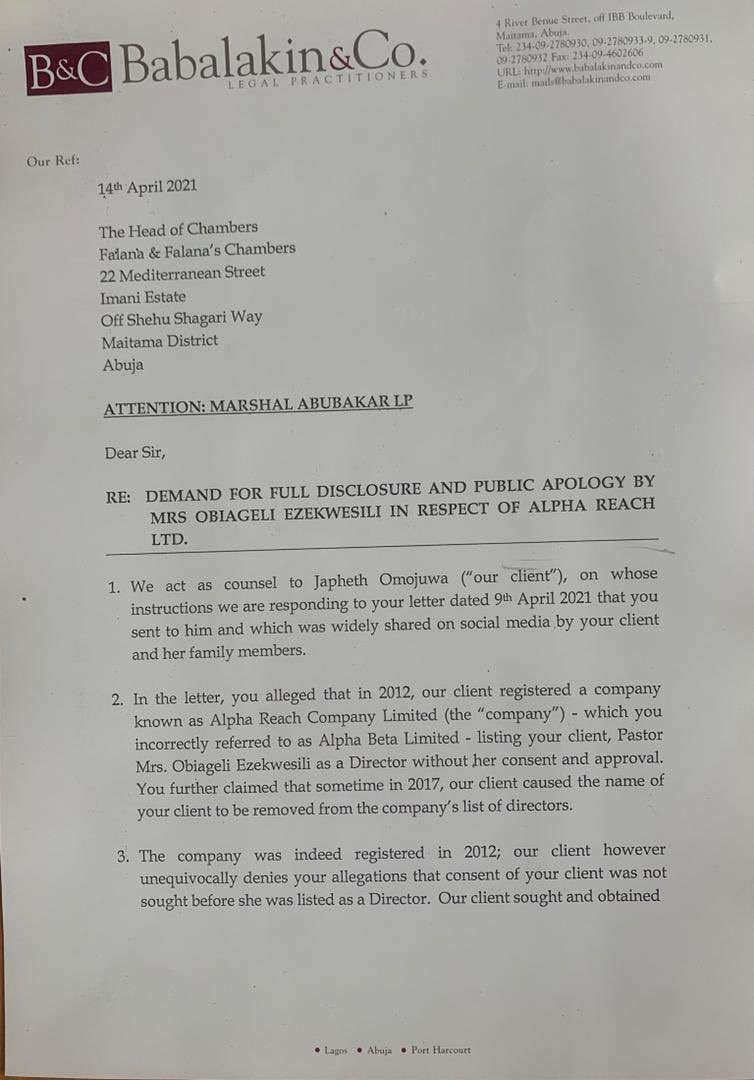 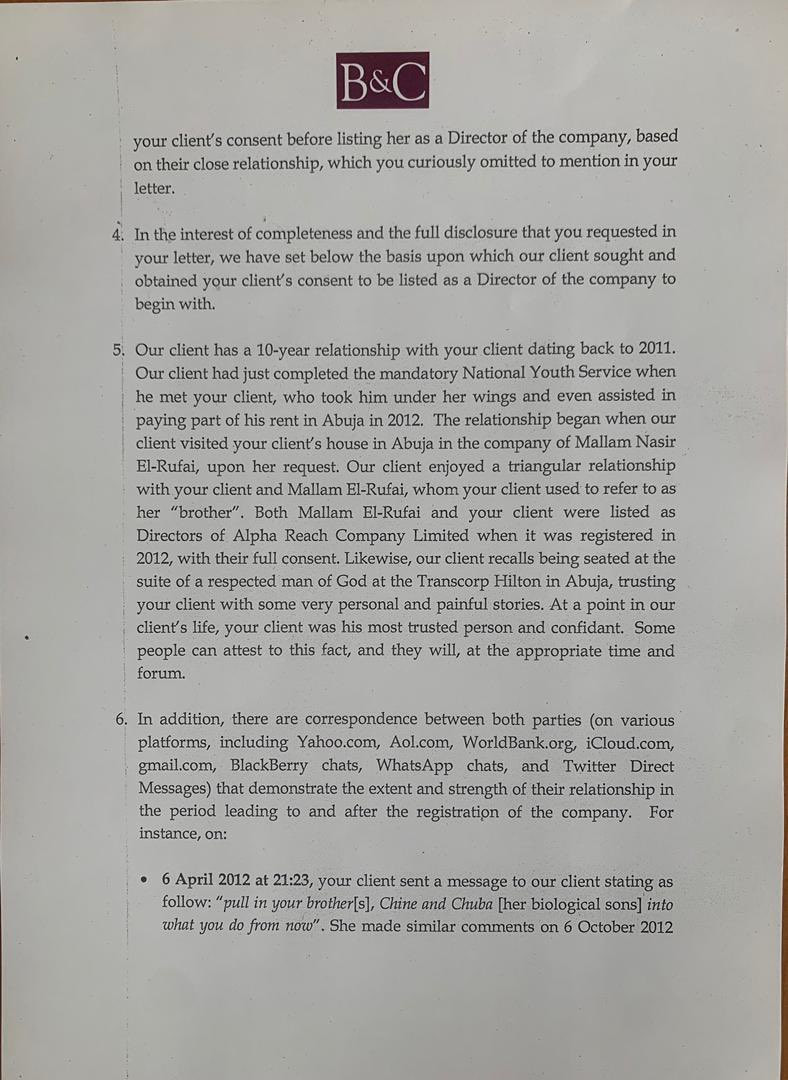 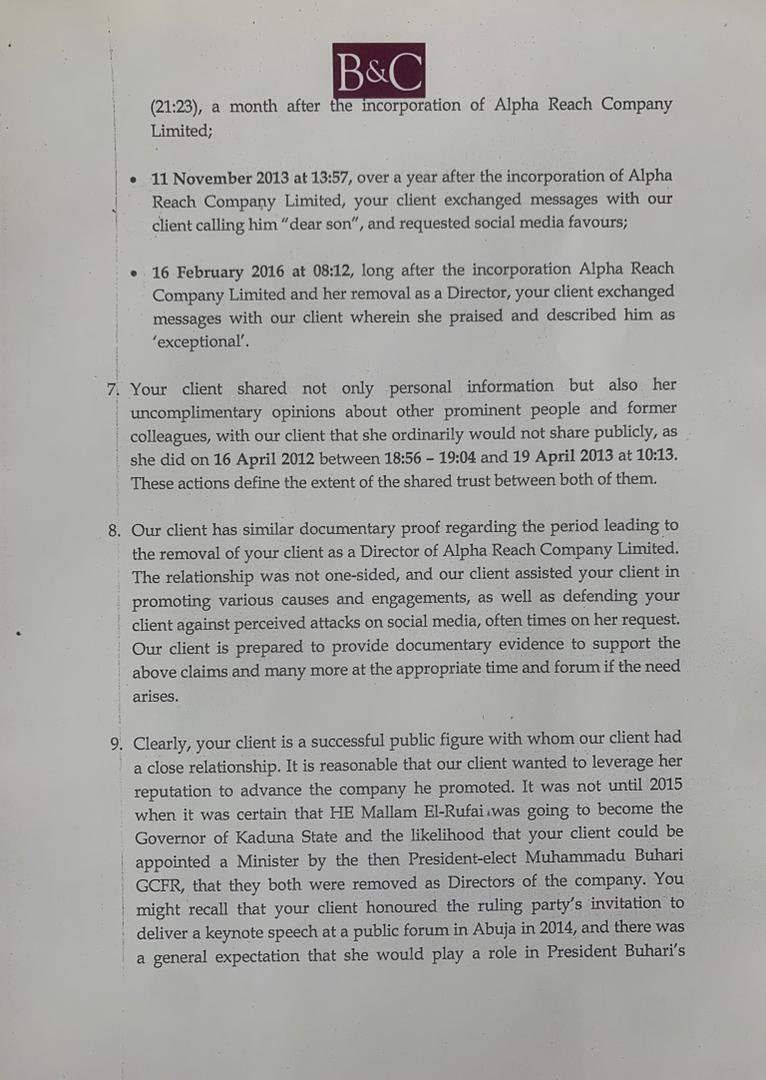 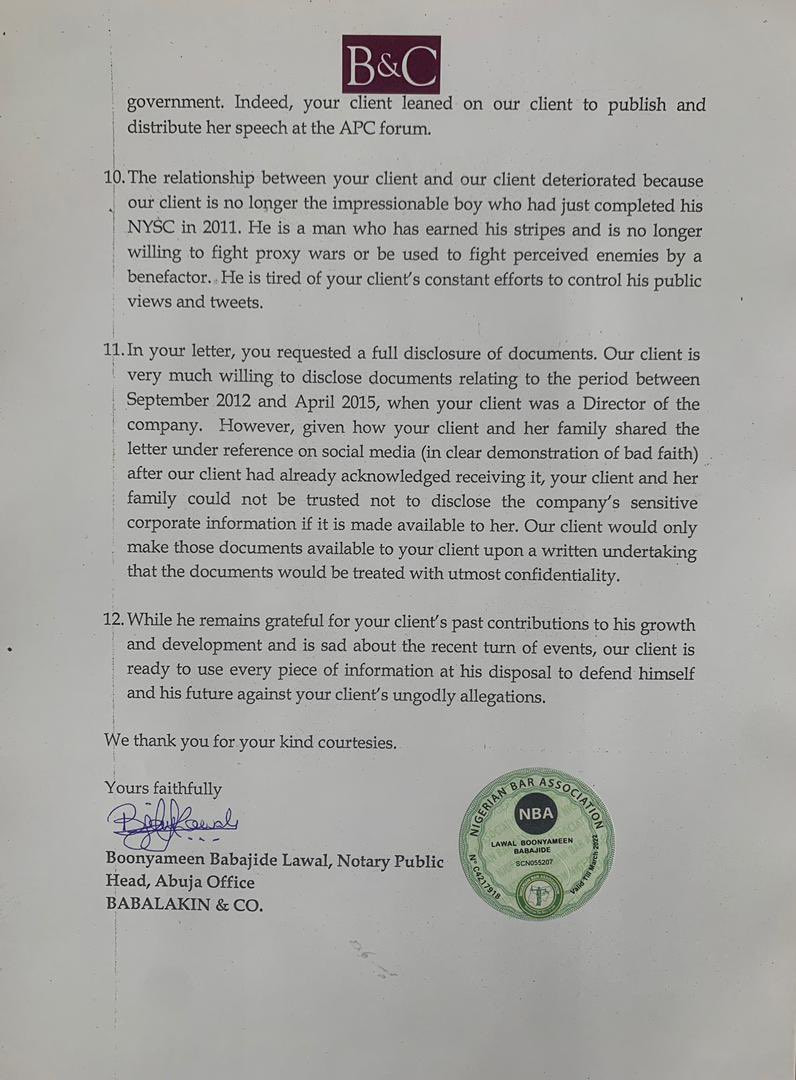