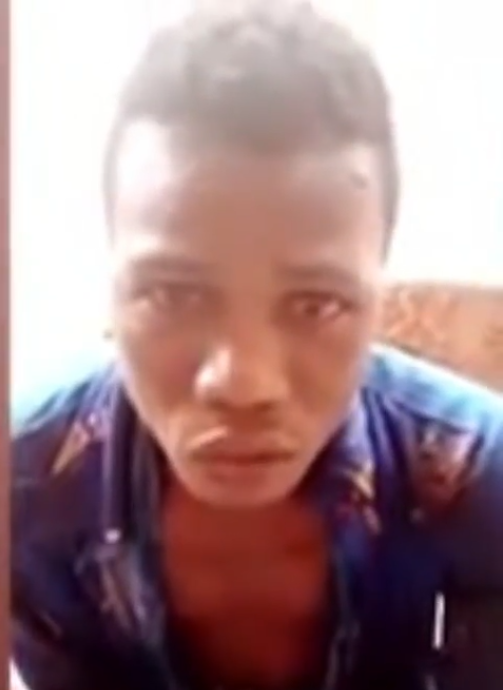 A Nigerian man, Abuchi Enweaso reportedly had his two hands cut off by his father and elder brother in Anambra State in a bid to make money.

It was gathered that the incident happened in Egbengwu village, Nimo in Njikoka Local Government Area of the state.

Narrating his ordeal on Thursday, October 15, after his escape, Abuchi claimed that his brother, Nonso Enweaso and father, Gregory Enweaso cut off his two hands, inflicted machete wounds on his body, then chained and locked him up for three days after revealing their plan to use him for money ritual.

According to Abuchi, his ordeal started when his father accused him of stealing a property, an allegation he denied. Afterwards, he bound him with a chain and hacked him with a cutlass.

Two days later, he was allegedly lured into the bush by the duo, where they chopped off his hands and subjected him to various inhuman torture including stabbing his eyes with a needle.

He said he was later dragged home and chained in the backyard for three days. There, he claims he heard his father and brother planning to poison him to death and sell his body parts to buyers, who had already indicated interest.

He, however,  managed and raised alarm

Lovely photo of singer Seun Kuti with his partner, Yeide and their daughter