By effizziemag On Jan 26, 2021
FILE PHOTO: Actor Dwayne Johnson speaks during a ceremony for actor Kevin Hart to place his handprints and footprints in cement in the forecourt of the TCL Chinese theatre in Los Angeles, California, U.S., December 10, 2019. REUTERS/Mario Anzuoni
0
Share 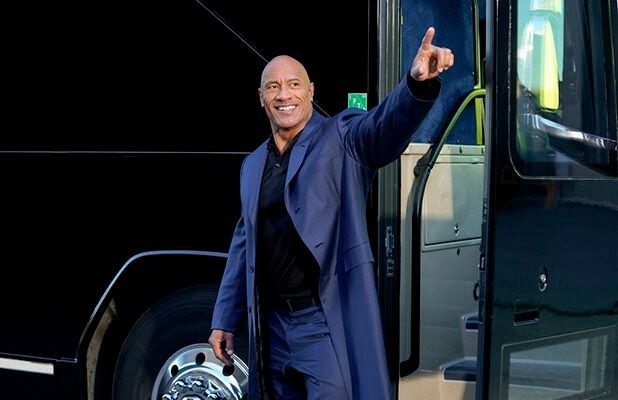 NBC released the full-length trailer for “Young Rock” on Tuesday, giving a glimpse of the pro-wrestler-turned-Hollywood star’s journey from young kid growing up in Hawaii to getting his start in professional athletics.

The trailer also reveals the “How I Met Your Mother”-esque framing device for the show, which has Dwayne Johnson playing himself as a presidential candidate in 2032, recalling his early life history.

“To understand me,” Johnson says in the clip, “you gotta understand where I came from.”

The series, which hails from “Fresh off the Boat” creator Nahnatchka Khan, focuses on three different chapters of Johnson’s life, from growing up in a strong and resilient family, to being surrounded by the wild characters of his professional wrestling family, to playing football at the University of Miami.

Adrian Groulx plays the 10-year-old version of The Rock, with Bradley Constant playing him at 15 and Uli Latukefu playing him at 18-20. Johnson is also set to appear in every episode of the first season, joined by Joseph Lee Anderson, Stacey Leilua, Ana Tuisila, Fasitua Amosa and John Tui.

The series is produced by Universal Television, a division of Universal Studio Group, Seven Bucks Productions and Fierce Baby Productions.

I lost my wife in the crash that killed Kobe Bryant. A year later, I’m rising above the fog

Steve Harvey Breaks His Silence About His Daughter Lori Dating Michael B. Jordan