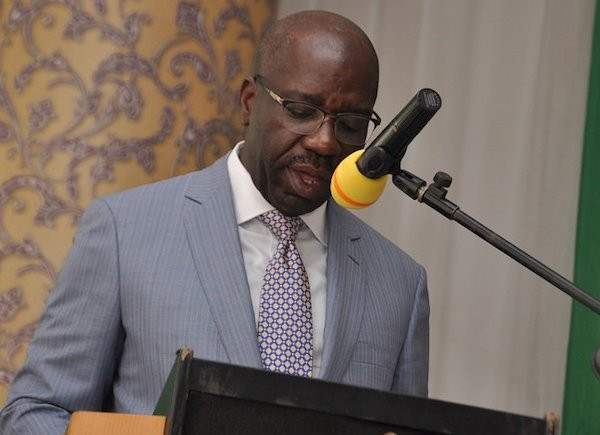 3 commissioners have resigned from Governor Godwin Obaseki’s government ahead of the governorship election scheduled to hold in Edo state in September.

It was further gathered that one of the Governor’s Special Adviser, Hon. Bright Njor of the Ugbeka Ward 03 has also resigned his position.

The Commissioners and Special Adviser all said they will now be working committedly to ensure the emergence of Pastor Osagie Ize-Iyamu as Governor of the state in the resignation letters they sent in.

Though they appreciated the Governor for the opportunity he gave them to serve and wished him well in his bid to become governor of the state, they also stated that they got their positions as a result of their loyalty to the APC and have chosen to stay true to the cause that earned them their places

container falls on bus and kills two in Lagos.