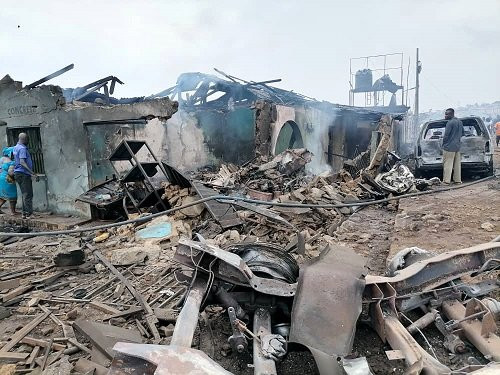 No fewer than 30 persons were injured in the gas explosion that occurred at Iju Ishaga, Lagos State on Thursday, September 24.

According to the Lagos State Emergency Management Agency LASEMA, 15 vehicles and 23 buildings were destroyed in the explosion. Among the buildings affected are X and Y Event Center, a church, and a plank market.

“On arrival at the scene, it was observed that there was a gas explosion. Further investigation revealed that a truck had a lone accident and exploded. The impact of the explosion affected adjoining buildings and several vehicles were burnt.

It was confirmed that a 30 ton LPG Tanker being operated by Mana Gas Ltd was involved in the explosion which injured 30 persons – 20 adult males and 10 adult females.

A total of 23 buildings and 15 vehicles were destroyed. The disaster losses are two residential buildings, church – one, event centre – one, commercial buildings – four, market- one (consisting of 15 shanty shops), cars – 11, mini trucks – two, bus – one, heavy-duty truck – one.

Sixteen people were found to have serious injuries and were taken to various hospitals, including Iju water works clinic. Two people out of the above 16 were referred to General Hospital. They are in critical condition.” 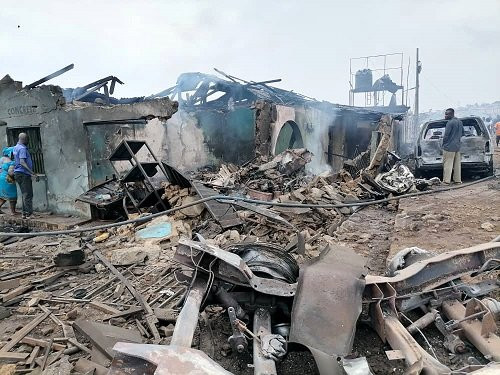 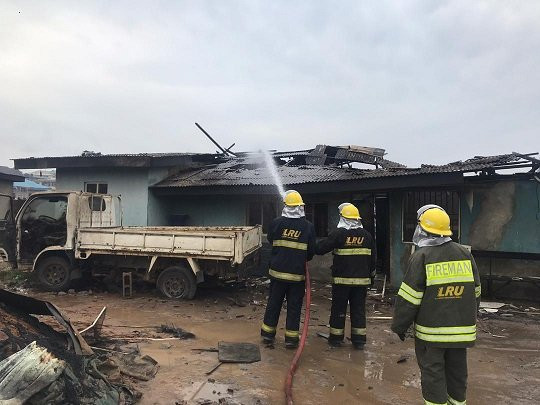 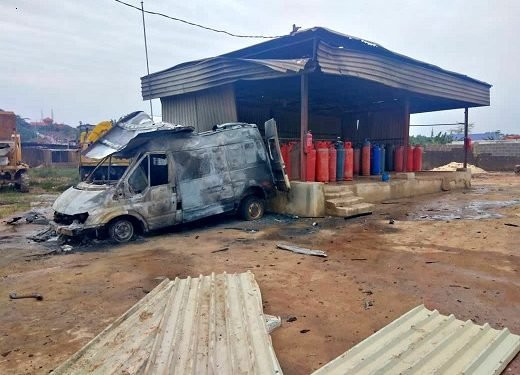 Watch Americans chant “vote him out!” as Trump and Melania pay their last respects to the late Justice Ruth Ginsburg (video)