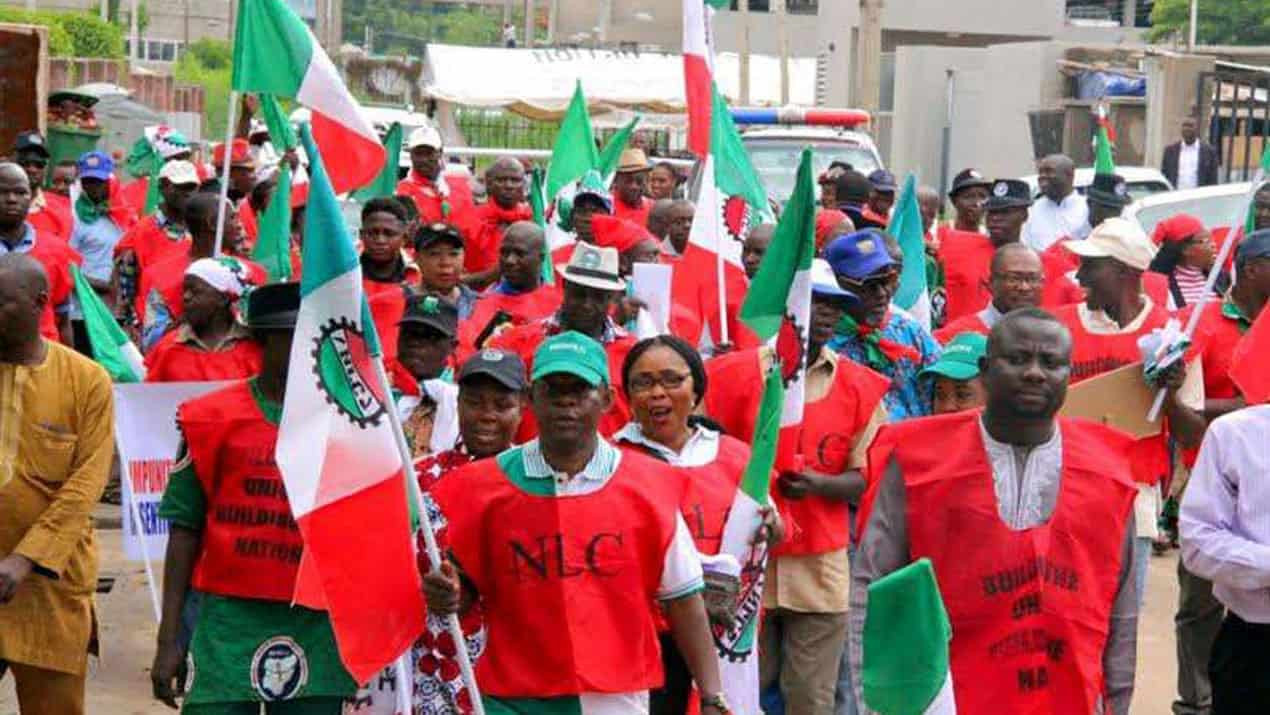 The National Industrial Court today September 24, issued an interim injunction restraining members of the Nigeria Labour Congress (NLC) and Trade Union Congress (TUC) from embarking on any strike or stoppage of work from Monday, September 28 2020.

The organized labor had proposed to go on an indefinite strike beginning from Monday next week to demand the immediate reversal of the increase in the pump price of petrol and electricity tariff.

Justice Ibrahim Galadima of the Industrial court said the interim injunction was issued pending the hearing and determination of the Motion on Notice.

He also granted an order of interim injunction restraining the unions, their officers, affiliates, privies from disrupting, restraining, picketing or preventing the workers or its affiliates or ordinary Nigerians from accessing their offices to carry out their legitimate duties on the 28th September 2020 or any other date.

Justice Galadima made the order sequel to an ex-parte application filed by the Incorporated Trustees of Peace and Unity Ambassadors Association through their counsel, Sunusi Musa.

Justice Galadima also granted an order compelling the Inspector General of Police and the Director-General Department of State Services (DSS) to provide protection for workers engaged in their legitimate duties from any form of harassment, intimidation and bullying by the officers, agents or privies of the unions pending the hearing and determination of the Motion on Notice.