7 Things You Can and Can’t Do About Saggy Breasts

Improve your confidence level from 1 to 12 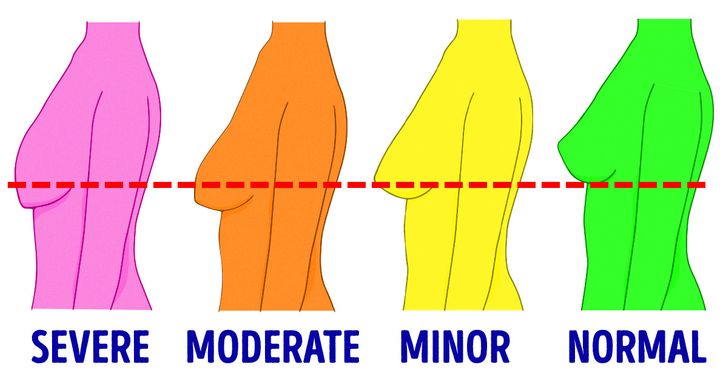 Droopiness can be caused by age, dieting, hormonal changes, and gravity. But some strategies can fight it.

As a woman goes through different stages of life, it’s natural for her breasts to change: They grow larger during pregnancy and breastfeeding, for example, and the skin and muscles around them stretch and loosen as her weight fluctuates.

Plus, they’re constantly fighting gravity—and the larger they are, the more likely they are to be pulled downward over time. They also get softer and less dense after menopause, as estrogen production in the ovaries is reduced.

You can’t stop your body from aging, and you certainly can’t fight gravity. But some healthy habits can help keep your breasts—and the supporting tissues around them—as perky as possible. Here’s what’s really worth a try (and what’s probably not) when it comes to sag-reducing strategies.

Your breasts sit on top of the pectoral muscle, which is important for arm strength and function, says Brian O’Hea, MD, chief of breast and oncologic surgery at Stony Brook Medicine in New York. “But even when women work out a lot and have very strong pectoral muscles, that doesn’t change the structure of the breasts themselves—which are made of glandular or fatty tissue, not muscle,” he says.

That being said, strengthening the pectoral muscles—along with muscles of the back, shoulders, and core—may help reduce the appearance of sag by improving overall tone and posture. Regular exercise can also help women maintain a healthy and consistent weight, which can prevent changes in breast shape associated with extreme weight gain and loss.

There’s no hard evidence linking diet to breast sag, says Dr. O’Hea. But some health experts believe that eating lots of antioxidant-rich foods (like fruits and vegetables) can keep skin supple and reduce the appearance of wrinkles and sag from head to toe. Staying hydrated may help preserve skin’s natural elasticity, as well.

Avoid extreme or crash diets, too, which—on top of slowing down metabolism—can lead to disproportionate levels of weight loss. “If you lose a lot of weight, the skin often doesn’t retract even though the fat underneath goes away,” says Alyssa Golas, MD, clinical assistant professor of plastic surgery at NYU Langone Health. “When we’re talking about a woman’s breasts, that can lead to deflation.”

The verdict: Choose your diet for your health, not for your boobs.

You’d think that wearing a bra would prevent ligaments in the breasts from getting stretched out, which in turn would help retain perkiness. But research doesn’t support this notion: A 2013 French study even suggests that wearing a bra actually encourages sagging by weakening supportive connective tissue in breasts. (The lead researcher described the findings as “preliminary,” however, so take that with a grain of salt.)

Sure, wearing a supportive and well-fitting bra will keep your girls propped up while you’re wearing it, says Dr. Golas. And there’s a lot to be said for the comfort and improved appearance it can provide. But there’s no evidence it will protect you from eventual age- and gravity-related droop.

The verdict: A bra can provide a temporary push-up, but it’s not a permanent fix.

Sleeping on your side may cause breasts to sag more over time, says Roshini Rajapaksa, MD, Health’s contributing medical editor, since one will dangle downward and its ligaments can become stretched. (On a related note, side-sleeping can also contribute to facial wrinkles since one side of your face is smushed against the pillow.)

Snoozing on your back, on the other hand, can help reduce signs of aging, Dee Anna Glaser, MD, a professor of dermatology at Saint Louis University, previously told Health. And because the weight of your breasts are fully supported on your chest, it may help them retain their perkiness.

The verdict: If you’re comfortable on your back (and it doesn’t cause you to snore), it may be worth a try.

Spending time in the sun

Just as antioxidants can keep skin supple and stretchy, harmful chemicals called free radicals can damage it and increase the appearance of wrinkles and sag. One big sources of those free radicals? Ultraviolet rays, which can break down skin’s stretchy layers of elastin fibers. The more sun exposure you rack up, the more free radical damage you might have, sending your breasts south.

The verdict: If you’re going to be in the sun, wear sunscreen to protect your skin from sag-causing UV exposure.

On top of all the other harmful effects of cigarette smoke, it’s also a breast sag offender. A 2008 study in the Aesthetic Surgery Journal found that women who smoked were more likely to experience breast droopiness after pregnancy. (The study was actually designed to see if breastfeeding had an affect on breast aesthetics—and found that, contrary to popular belief, it did not.) Smoking can also cause collagen in skin to break down, promoting droop.

The verdict: Cut out the cigarettes—your breasts will thank you! 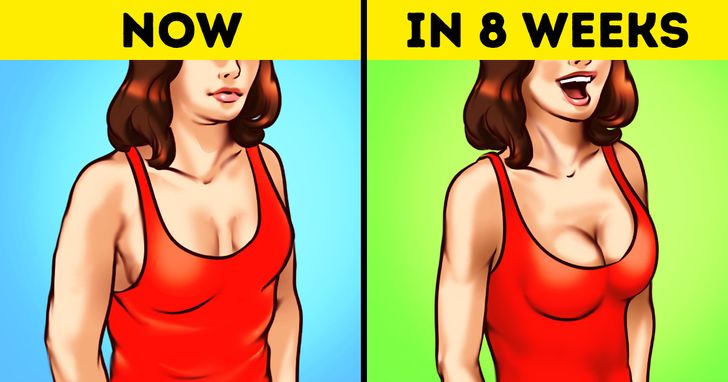 If you’re really unhappy with your breast sag, there is one remedy that doctors say can turn back time: “breast lift” surgery, also called a mastopexy. During a breast lift, plastic surgeons remove excess skin and tighten the surrounding tissue. The surgery has grown in popularity by 70% since 2000, outpacing breast implants 2-to-1.

“The procedure is similar to a breast reduction, but instead of taking out the fatty breast tissue, we’re just taking out the extra skin and keeping the same amount of volume,” says Dr. Golas. “We make the envelope that’s holding it all together smaller, so there’s less sagging.” For women whose breasts are especially deflated, she says, implants can also be put in along with the mastopexy to give breasts the fullest look and feel.

The verdict: Surgery can definitely change the appearance of your breasts—but be sure to consider the cost, risks, and recovery time before making a decision.

8 infections you can get from oral sex

What is the rare Monkey B virus that killed vet in China?

Tasty ideas to cut down on carbs