774,000 jobs at risk as NASS, labour ministry fallout over control 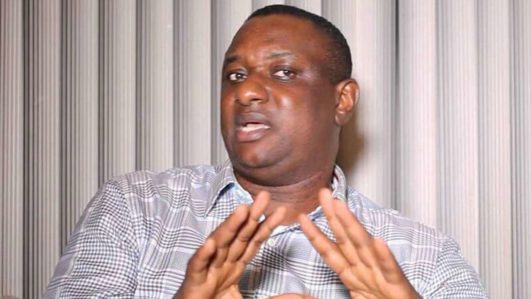 Nigerians have been watching with shock the quarrel between the Minister of State for Labour, Employment and Productivity, Mr. Festus Keyamo and the joint committee of the National Assembly on Labour, Employment and Productivity over the proposed creation of some 774,000 jobs across the 774 local governments in the country through the public works programme under National Directorate of Employment (NDE) scheme. Many have hailed the programme as timely, more so at a time of global coronavirus pandemic that has laid waste many economies around the world and rendered many more jobless including Nigerians.During his inauguration for a second term in office, President Muhammadu Buhari had promised to lift 100 million Nigerians out of poverty through the creation of jobs as part of his economic transformation. This was to further give effect to his campaign promises hinged on the three prongs of revamping the economy, securing the lives of Nigerians, and fighting corruption. Boosting employment through the public works programme would seem to be part of the economic transformation.

But observers are curious as to how the N20,000 proposed pay for the 774,000 beneficiaries measures up to the national standard, which is the national minimum wage pegged at N30,000. How does this transform to living wages in an economic environment of hyper-inflation, with the Central Bank of Nigeria (CBN) has just devalued the naira to N381 from N360, a 5.3 per cent increase?

However, with the bickering between the executive, represented by Mr. Kayamo, and the National Assembly Committee, the proposed 1,000 jobs for each local government in the country is already at risk. As it is with every opportunity emanating from government, accusations have begun flying around as to who controls the process and, ultimately, who benefits from it. While Keyamo insists that Mr. President specifically asked his ministry to oversee the exercise, the lawmakers, it appears, are also keen on having a bigger bite of the pie.

While Keyamo says 15 per cent of the exercise has already been conceded to the lawmakers, it appears the lawmakers want more and seem bent on arm-twisting the minister to concede much more, for which the minister has expressed his discomfort, insisting that “I would be doing a great disservice to my primary constituency and to my God-given conscience if I am made to concede issues that I know are constitutionally, legally and morally wrong just to let things go on.”

Mr. Keyamo’s stance would seem to be at variance in a society where things that are “constitutionally, legally and morally wrong” have become the norm and are allowed to just “go on” without questions being asked.

While it is the duty of the National Assembly to oversight activities of the executive, it must not be seen to do so in a manner that truncates the executive’s intention for the public good. Mr. Keyamo, too, must see his job as one needing to explain and communicate the mind of government to the people through the National Assembly in a manner devoid of belligerence. Perhaps, he should begin to see the need to adopt lobbying as part of the process if he is to get his way some of the time.

What appears worrisome in the entire scenario is that jobs that would be made available to Nigerians in October are already at the risk of being jeopardized as a result of the bickering. Exactly how did the executive and the National Assembly arrive at this point? Will sense prevail at the end so jobless Nigerians can benefit from the initiative? Who will broker peace between these two arms of government?

Beside oversight function that should ensure the executive arm of government does things properly, what other role should the National Assembly play in such exercise as job creation for jobless citizens? Should they also see as a means of helping their numerous hangers-on and deny the majority of Nigerians without connections the opportunity? Given that Nigerians have been living witnesses to stories emerging from the constituency projects that the National Assembly members get embroiled in, with results that are not exacting inspiring, should NASS continue meddling in execution of projects? Should every opportunity to benefit ordinary Nigerians turn out one in which legislators exercise interference?

Recently, the House of Representatives took delivery of very pricey vehicles in spite of public outcry for such extravagance in a time of decreasing revenues and high cost of governance.

Will the current spat with Minister Keyamo further pit Nigeria’s lawmakers against the Nigerian people who have always decried their excesses that range from jumbo pay and ostentatious lifestyle? This is especially so when majority of those who elected them into office lives on less than a dollar a day?