Adults in England without A-levels to get free college course 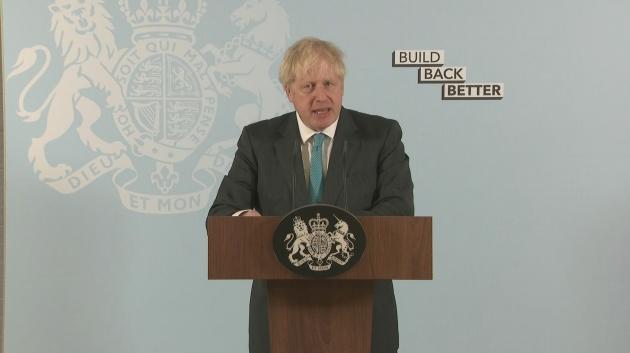 Prime Minister Boris Johnson lays out his plans for the government’s “lifetime skills guarantee” as he delivers a speech during a visit to Exeter College.

Adults without A-levels are to be offered a free college course to help boost their employment opportunities in the beleaguered post-Covid-19 economy, as Boris Johnson reiterates the government’s warning that not all jobs can be saved.

As part of a package of measures unveiled by Downing Street, people who do not have A-levels or equivalent qualifications will be able to study a college course in England from April paid for via the £2.5bn national skills fund.

At present, the government pays for a first A-level equivalent qualification up to the age of 23, but this is being extended to all ages for courses deemed to be valued by employers with further details of those available due to be set out next month.

Higher education loans will also be made more flexible, in a move the government says will allow people to space out their study by splitting it into segments, transfer credits between colleges and universities, and enable more part-time learning.

In a speech on Tuesday, the prime minister will announce a new “lifetime skills guarantee” and is expected to say: “As the chancellor has said, we cannot, alas, save every job. What we can do is give people the skills to find and create new and better jobs. So my message today is that at every stage of your life, this government will help you get the skills you need.”

He is set to add: “We’re transforming the foundations of the skills system so that everyone has the chance to train and retrain.”

A No 10 source indicated that “very significant” additional funding would pay for the lifetime skills guarantee, although the exact cost of measures has not yet been set out by the government.

It comes after the chancellor, Rishi Sunak, last week announced a multibillion-pound winter jobs plan: a combination of wage top-ups, cash flow support for companies and an extended VAT cut for the hardest-hit sectors. “As I’ve said throughout this crisis, I cannot save every business. I cannot save every job. No chancellor could,” he said.

Labour has been critical of the government’s handling of the economy during the pandemic, with the shadow chancellor, Anneliese Dodds, using a speech last week at her party’s online event replacing the annual conference to pinpoint perceived failures. Dodds argued more should be done to help people retrain and specifically called on the government to bring forward the money earmarked for the national skills fund so it could be used immediately.

As part of its new measures, the government says it is pledging more funding to small and medium-sized firms taking on apprentices, particularly in construction and creative industries, as well as allowing more flexibility in how training is structured.

The government highlighted figures showing that in the year 2000, more than 100,000 people were doing Higher National Certificates and Diplomas, compared to fewer than 35,000 now. Meanwhile, the number of people enrolled on foundation degrees has dropped from 81,000 to 30,000. It means only one in 10 adults have a higher technical qualification as their highest qualification, compared with 20% in Germany and 34% in Canada, Downing Street said.

The government is committing £8m to digital skills boot camps, expanding pilots in Greater Manchester and the West Midlands to four new locations. A free online skills toolkit designed to help people train in digital and numeracy skills was launched earlier this year, and is being expanded to include 62 extra courses.

Reforms will be backed by investment in college buildings, including more than £1.5bn in capital funding, the government added.

The shadow education secretary, Kate Green, said: “A week ago Labour called for a national retraining strategy fit for the crisis Britain faces, but what the government proposes is simply a mix of reheated old policies and funding that won’t be available until April.

“These measures will not reverse the devastating impact of a decade of cuts, and will not give workers the skills and support they need in the months ahead.”

Meet the new Kardashians – they are called Harry and Meghan