Blue Ivy Carter makes a special cameo in the new trailer for Beyoncé’s upcoming film and visual album, ‘Black Is King.’ The adorable eight-year-old looks just like her mom!

There’s Queen Bey, and then there’s Queen Blue Ivy Carter! Beyoncé and JAY-Z’s eight-year-old daughter proved that royalty runs in the blood with her special cameo in the new trailer for Disney+’s Black Is King, which dropped on July 29 — two days ahead of the film and visual album’s release! In the teaser, Blue truly looked like a Disney princess in a mini mint green ballgown, complete with a pearl crown, pearl jewelry to match and red lipstick.

Blue was first featured in the film’s original trailer that was released on June 28, although only for a split second. She could be seen sitting among a splendid court of fellow queens that included her mom, Beyoncé, who matched her daughter’s regal attire in a corset-style satin dress in a luxurious champagne color. That was just one of the many looks Beyoncé donned in the sneak-peek of the movie that she starred in, directed, wrote and executive produced, based on the The Lion King: The Gift, the soundtrack that Beyoncé curated for the 2019 remake of The Lion King.

It makes sense for Blue to participate in the soundtrack’s visual companion, since the budding star also sang on the The Lion King remake soundtrack (Blue was featured on “Brown Skinned Girl,” which won her a BET Award). Blue’s mom has been working on this film for a year, and it took on new meaning in the wake of the Black Lives Matter movement that gained more attention after the tragic death of George Floyd.

“‘Black Is King’ is a labor of love. It is my passion project that I have been filming, researching and editing day and night for the past year. I’ve given it my all and now it’s yours. It was originally filmed as a companion piece to ‘The Lion King: The Gift’ soundtrack and meant to celebrate the breadth and beauty of Black ancestry. I could never have imagined that a year later, all the hard work that went into this production would serve a greater purpose,” Beyonce wrote in an Instagram post on June 28 (see above).

Beyoncé also explained that her goals for the new visual album were “to present elements of Black history and African tradition, with a modern twist and a universal message, and what it truly means to find your self-identity and build a legacy.” In addition to Blue, there will also be cameos from Beyoncé’s husband JAY-Z, her mother Tina Knowles-Lawson, former Destiny Child’s groupmate Kelly Rowland, and fellow stars like Pharrell Williams and Lupita Nyong’o.

Supermodel Naomi Campbell will also appear in the visual album, and the catwalk queen had high compliments for Blue! “She’s a very, very lovely girl. She’s really smart and mature. Very intelligent,” Naomi gushed during her July 28 appearance on Watch What Happens Live with Andy Cohen. 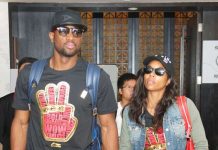 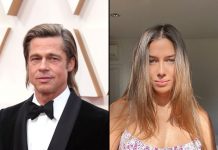 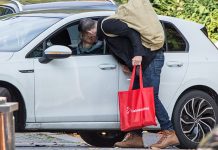