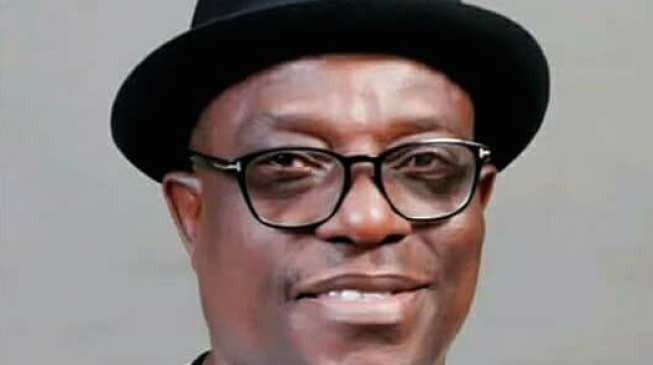 A Rivers High Court has restrained former Deputy National Secretary of the All Progressives Congress (APC) Victor Giadom from parading himself as a member or officer of the party.

The court stated having been suspended by the State Executive Committee (SEC) of APC, Giadom should not participate in the activities of the party pending determination of the substantive case.

The judge ruled: “An order of interim order is hereby made restraining the third defendant from parading himself as an officer or member… or exercising any right or privilege accruable to members….”

APC Rivers had forwarded Barrister Worgu Boms as replacement to National Working Committee (NWC), which swore him in on Monday.

The Judge adjourned further hearing in the suit to July, 9 2020. 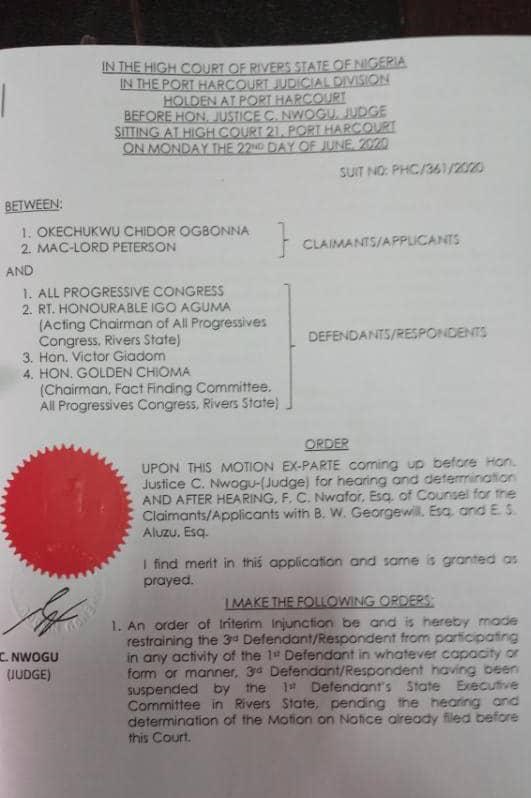 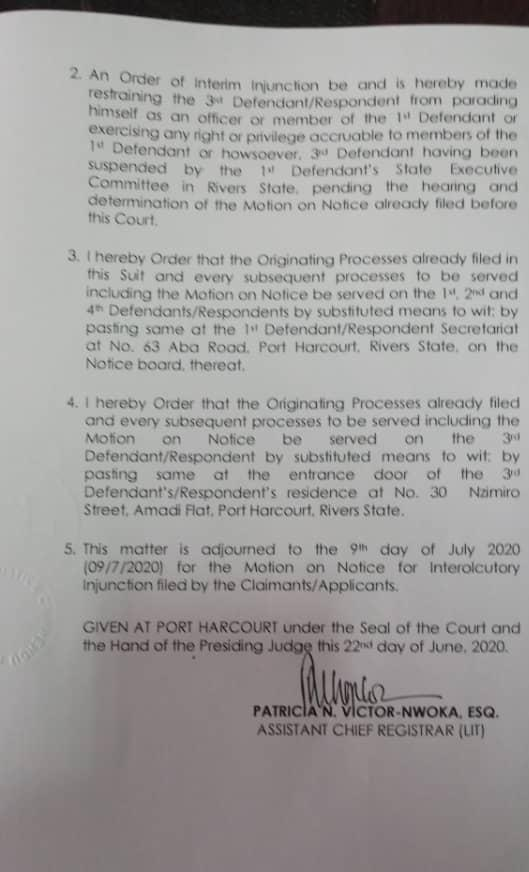 Clare Crawley: I Can’t Wait to Smell My Suitors!

EcoBank thanks doctors, nurses, security operatives, others in thier fight against Covid 19