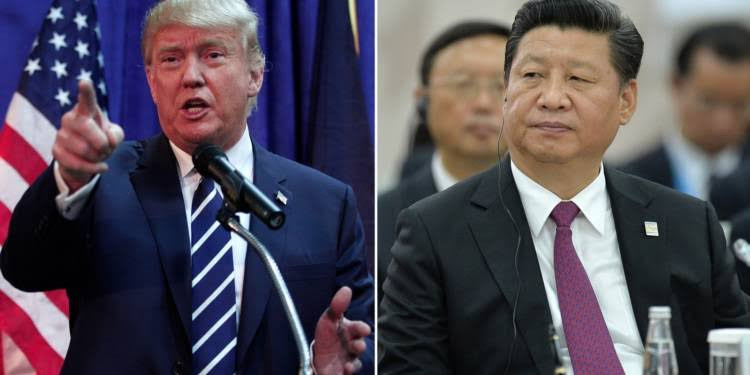 The United States government has abruptly ordered China to “cease all operations and events” at its consulate in Houston, Texas, escalating already heightened tensions between Beijing and Washington.

Relations between China and the United States have plummeted in the last one year, amid an ongoing trade war, the Coronavirus pandemic, and US criticism of China’s human rights abuses in Hong Kong and Xinjiang.

US State Department spokeswoman, Morgan Ortagus said the Chinese consulate was directed to close “in order to protect American intellectual property and the private information of Americans’

Late Tuesday evening local time,  Houston police said they responded to reports of smoke in the courtyard outside the consulate, located on Montrose Boulevard, Houston, Texas.

There also was a circulated video of  officials inside the compound seemingly burning documents.

The Chinese Foreign Ministry, called the US’ actions an “unprecedented escalation” in recent actions taken by Washington.

In a statement posted on its official twittet, the Chinese Foreign Ministry said the order to close the consulate was a “political provocation unilaterally launched by the US side, which seriously violates international law, basic norms governing international relations and the bilateral consular agreement between China and the US.”

“China strongly condemns such an outrageous and unjustified move which will sabotage China-US relations,”

“We urge the US to immediately withdraw its erroneous decision, otherwise China will make legitimate and necessary reactions.”

“The US has been shifting the blame to China with stigmatization and unwarranted attacks against China’s social system, harassing Chinese diplomatic and consular staff in the US, intimidating and interrogating Chinese students and confiscating their personal electrical devices, even detaining them without cause.”

“China is committed to the principle of non-interference. Infiltration and interference is never in the genes and tradition of China’s foreign policy.”

Kim replies Kanye, says ‘her family is powerless’ as she speaks for first time about ‘brilliant but complicated’ Kanye’s bi-polar battle after he accused her on Twitter of cheating with Meek Mill, being a ‘white supremacist’ and called her mom ‘Kris Jong-Un’