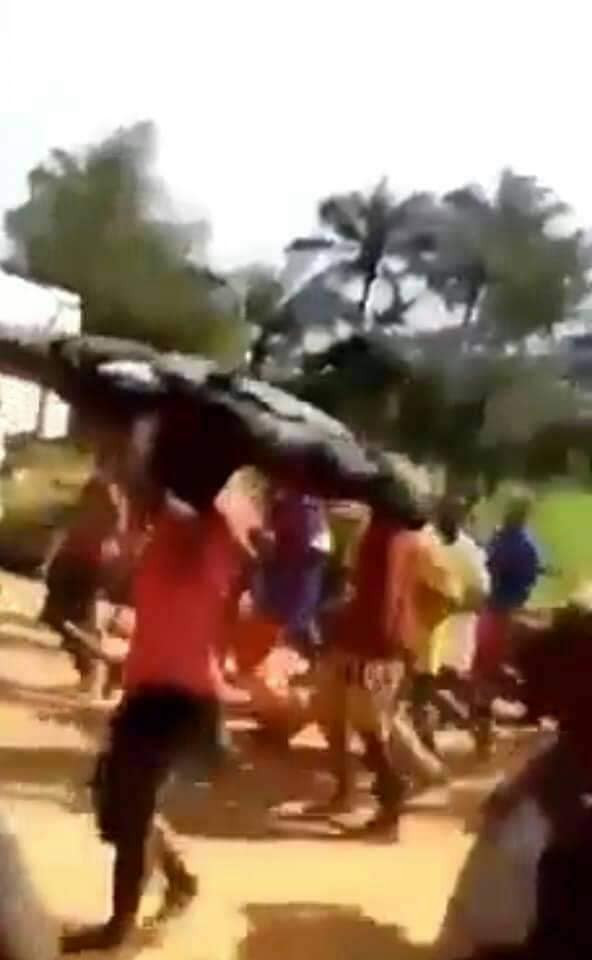 A video making rounds online captured moment a corpse was forced out of a casket after allegedly refusing to be transported back home.

It was alleged that all ambulances brought in to convey him to his hometown in Anambra state for burial, became faulty after his casket was placed in it.

He was forced out of the casket after some rituals were conducted and carried home by one of the village youths who gathered at the scene to be buried.