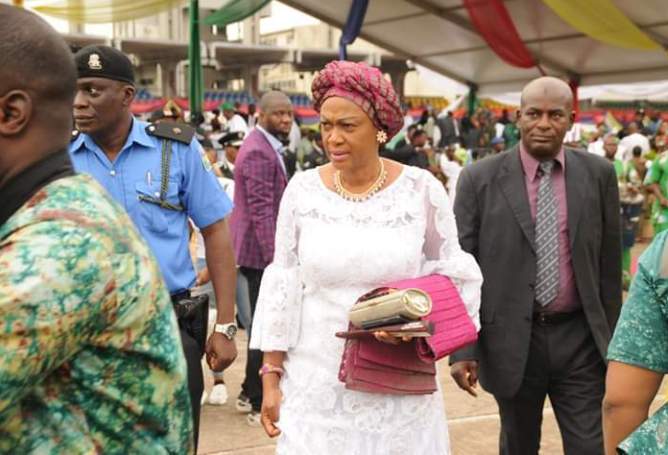 But nobody is talking about the 60th birthday of the Senator who is the wife of heavyweight politician Asiwaju Bola Ahmed Tinubu.

All eyes are on a bigger game which is the outcome of the Edo State Gubernatorial Election.

Early results from the keen electoral contest which transpired yesterday, September 19, 2020, revealed this is no time to celebrate – at least not yet.

Osagie Ize- Iyamu, the candidate of the All Progressives Congress that Tinubu is ferociously backing is having it rough.

The results announced so far have made everyone in his corner very sober with thoughts of celebrating Remi Tinubu’s milestone far away from their minds as they await official results.

The checks made by societynow.ng revealed that it is a loud silence concerning the Senator’s 60th birthday, at press time.

The further checks made revealed that ordinarily congratulatory adverts and write-ups would have flooded the media space, including different initiatives to herald in the D-Day in her honor, here and there but that is not the case.

60th birthdays are huge celebrations for socialites and top level politicians with supporters, loyalists and party members struggling to outdo one another well ahead of the main celebration and after.

Though it is obvious Covid-19 played a part in the downplay of the Senator’s 60th birthday but it is clear the Edo Gubernatorial election and the unexpected turn of events based on the results coming out from the exercise have played a bigger part in ‘’eclipsing’’ the celebration.

Cheating wife and lover flogged after being caught red-handed having s3x by her husband and his friends.