Dodge has been making trucks since 1917.  For 98 years, the Dodge RAM dealer has been providing hard workers with trucks that have been on farms and ranches, prairies and dockside, oil fields and soccer fields.  They are part of the American landscape.

While Ram has been a part of Dodge’s history since the 1930’s when they started putting the ram head logo on their trucks, it wasn’t until 1981 that the name ‘Ram’ was alongside Dodge’s.

Since then, RAM trucks have been a huge success for Dodge and the two names have become almost synonymous.  Almost.

It wasn’t until Lee Iacocca, then president and CEO of Chrysler, who, along with their marketing team, decided to revive their old mascot.  In 1981, the ram was added back onto the hood just in time for the announcement of Dodge’s first generation of RAM trucks.

Donning the head of a ram as its logo on their nameplate, the Ram head has served four decades as its namesake.

The Dodge Ram and I have something in common, we were both growing up and coming of age in the 1980’s.  For me, 1981 doesn’t really seem all that long ago.  In fact, I’d say that your average Dodge Ram driver has clear and vivid memories of 1981.

It was the year that Ronald Reagan was inaugurated as President.   Prince Charles and Lady Diana were married.  Walter Cronkite ended his 19 year run as your TV anchor on CBS and MTV was launched.

Even though my main mode of transportation was my Huffy ten speed bike, I do remember having some crushes on the boys who drove pickup trucks.

The RAM pickups were so big compared to how little I was.  I needed help getting into them.  They were impressive to me and it made the boys who drove them that much dreamier.

There were a couple different cab and bed configurations, but mostly these were your options.  Any amount of luxury like air conditioning was offered only in your top trims.

The second generation of Dodge Ram trucks was introduced in 1994.  It was an all new Dodge RAM.  With its powerful engine, rugged appearance and car-like drive, it became an immediate hit.

Even Chuck Norris thought it was great.   Let’s not forget that television gold was made when in 1995 Chuck Norris drove a Dodge RAM 1500 in his popular series “Walker Texas Ranger”.  There are few things that speak to how awesome this pickup is if even Chuck Norris is driving it.

Changes in labeling took place: 150 (half ton) now became 1500, 250 became 2500 and likewise the 350 became 3500.  Even though it’s a small change, that extra zero does a lot to not only change a number but a perception that this now is stronger and sturdier.  It was a smart change for RAM.

The trim levels were also changed up.  Including a basic Work Special, there was also an LT, ST and the luxurious Laramie SLT.  Using the same setup as with all trims, the work special trim was bare bones; perfect for a fleet of trucks.

The LT and ST came with some extra goodies, but it was the Laramie SLT that was now stacked with extra luxuries.  Moving ahead with the times, the center console/arm rest was now large enough that it could store your laptop.

The engines became more powerful, as well.  V6’s and V8’s powered these beasts, offering turbocharged as well as HEMI’s.  There was even a V10 that became available belting out 300 horsepower and 450 lb/ft of torque.  Again, Chuck Norris drove a RAM.

Leading the pack in safety features, the RAM became the first full size pickup to have driver side airbags as well as offer four wheel ABS in the 1500 and 2500 models.

1997 Dodge RAM added detailed refinement to its full size trucks offering leather seats, wood trim on doors, a stereo as well as cassette and CD players.  Finally, I could listen to Chumbawumba CD.

By the 2000’s RAM had improved suspension, handling, steering and braking systems all of which improved the quality of the ride.  The total redesign of the 2002 RAM was well received as it kept the “big rig” style of bed that pickup enthusiasts fell in love with.

While technology was taking off, so were the demands from the drivers.  Pickups were becoming ‘fashionable’ in some brands, while others, RAM, stayed true to the cause.

However, the market was calling for full size trucks with the latest technology, superior performance and they wanted it to look good.  Edgier styling with a laundry list of amenities were being priced and sold accordingly.  Dodge RAM delivered and sales soared.

By the late 2000’s the economy started falling and when another recession hit, sales once again dropped.  Jobs were lost and people could no longer afford such luxuries as top trim model pickups.

While Dodge RAM was affected by this, like everyone else, they saw it as an opportunity to redefine themselves.

Then in 2010, Dodge did something drastic.  They separated from the RAM name.

Though it was decided in 2009 that this split was coming, it was announced in 2010: Dodge would no longer be part of the RAM truck division.  They were splitting up.

This decision threw a lot of people for a loop, which isn’t always a good thing to do to a group of customers as loyal as pickup owners are.

There were a couple reasons for the split.  First, as everyone was crawling out of the economic recession of 2008, they realized that the Dodge Ram name was still very strong.

Even though they were in recovery mode, people are steadfastly loyal to their truck brands.  Chrysler had to rely on this.  The strength of Dodge Ram nameplate actually helped save them.

Because of this, they had the equity to separate the names and allow the two to grow apart but stronger alone.  RAM would stay as the name of their pickup line.  RAM trucks wasn’t losing anything but the “Dodge” from its name.

They were still a Dodge product, but now the name “Dodge” name could focus its attention on a new identity.  The Dodge name could now be useful to its power vehicles: the Charger, Challenger and Dart.

Though this transition wasn’t seamless for Dodge, it practically was for RAM.  Because they were still part of the Dodge company, saying Dodge Ram wasn’t a big deal and it still isn’t.

RAM didn’t have to rebrand entirely, so lot of people were unphased.  As long as they could still produce the same quality truck that Dodge RAM was known for, they would keep their loyal fans.

RAM did notice a difference though: their buyer had changed.  This new buyer, who was coming out of the same recession, was now focused; aware of what they needed.  Fuel economy, performance and power were the priorities.

RAM trucks have seen a lot in its 34 years.  They have grown and changed with the times.  They’ve left home and proved to do well on their own.

Who knows what the next 30 years have in store for RAM? 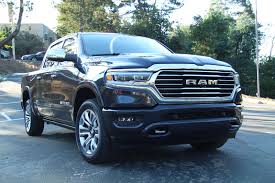 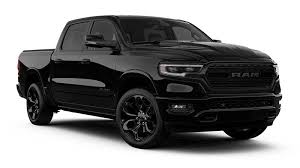 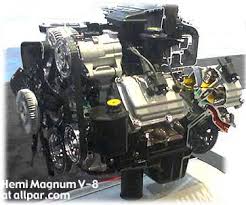 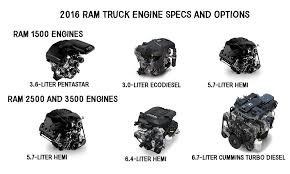 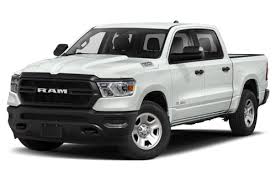 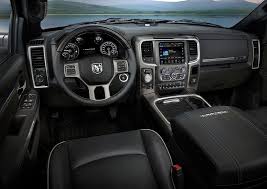 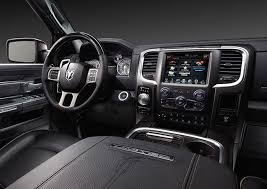 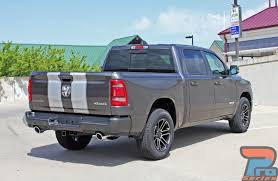 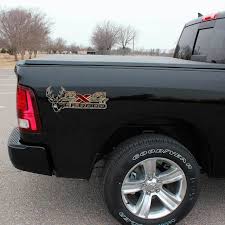 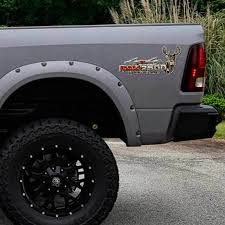 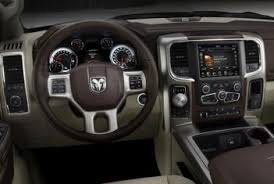