The Australian government has released draft legislation which would compel Google and Facebook to pay Australian media companies for their news. Photograph: VCG/Getty Images

Australian government has released draft legislation to compel Google and Facebook to negotiate with Australian media companies. The digital platforms have responded aggressively, warning users of dire consequences and, in the case of Facebook, threatening to remove news from Australian Facebook pages. Here’s what the fight is about.

Why does the Australian government think Google and Facebook should make payments to Australian media companies?

It’s all about the relative market power of the news companies and the tech giants.

News companies and the digital platforms need each other. Google and Facebook are gateways to the internet for almost every Australian, so news companies have no choice but to distribute their journalism via these platforms. That benefits publishers when the platforms send readers back to news websites.

But the digital platforms also need news. Users would find Google or Facebook far less helpful if no news appeared on their feeds or in their search results. More than half the Australian population finds news via the platforms, the 2019 University of Canberra digital news report found. The platforms monetise these audiences by selling advertising against the attention paid to news. They also collect vast amounts of data about those readers, which helps them target advertising and become even more dominant in the advertising market that once paid for the production of news. Excluding classifieds, the ACCC estimates that Google collects 47% of all online advertising in Australia; Facebook collects 21%. 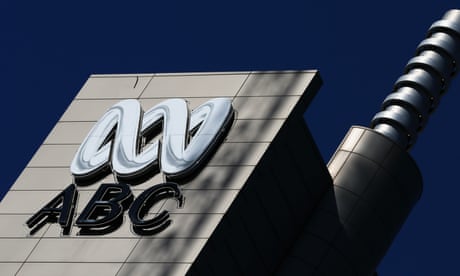 The platforms claim this exchange is more or less even – that the benefits they receive, and those that the news companies receive, are equivalent. The government, acting on the advice of its competition regulator, accepts the argument that the platforms benefit far more, and that their substantial market power means the news companies do not have the capacity to demand a better deal. It also accepts the argument that this lopsided relationship jeopardises the capacity of the media to continue to play their essential role in society.

That is why the government is proposing a code of conduct, including the possibility of some kind of payment to publishers.

News companies are different because they compete directly with the platforms in the digital advertising market in a way other online businesses don’t – and without Google and Facebook’s market power. For example, Google competes with the Guardian for digital advertising but does not compete with Bunnings for hardware or Westpac for home loans.

Declining advertising revenue has resulted in the loss of thousands of journalism jobs and forced scores of publications to close. Publishers must adapt to this disruption. Most have launched some form of paywall, and Guardian Australia asks readers to make voluntary donations. But the new business models are not yet able to sustain the level of public interest journalism that Australians have relied upon.

Can the government force the platforms to pay?

Yes. The proposed code of conduct is mandatory. Google and Facebook will be forced to comply if they continue to operate in Australia and feature news content on their platforms. Google made $4.3bn in advertising revenue in Australia last year and Facebook made $0.7bn, according to documents filed with ASIC.

Has the government told Google and Facebook how much they have to pay?

No. It requires the platforms to negotiate with media companies to figure out how to correct the imbalance. News companies can negotiate individually or collectively. The deals can include financial payment or provision of data. It does require the platforms to be more transparent about the benefit they receive from news content but does not dictate what they need to pay.

If no agreement is reached after three months, an arbitrator is appointed. Each side – the platform and the media company – submits a final offer, and the arbitrator chooses the most reasonable, taking into account how much the platforms benefit from the news provided, how much it costs the media company to produce that news, and whether the amount being sought would put an “undue burden” on the platform. This so-called final offer arbitration is intended to encourage both sides to submit reasonable offers.

Why have the ABC and SBS been excluded from the mandated payments?

This was the government’s decision. Guardian Australia, along with many other media companies, have argued the public broadcasters should be included.

Are the platforms opposed in principle to paying media companies for news?

The platforms do appear determined not to have to pay for news content on their main services, including Google Search and Facebook news feed. This may be because they are concerned this could set a global precedent, resulting in similar legislation and larger payments in other countries.

Is the code a bailout for News Corp, as former prime minister Kevin Rudd has alleged?

News Corp has been aggressive in lobbying for the platforms to pay for news, and it would benefit under the code if it becomes law, but the code does not give preferential treatment to News Corp. All major news publishers – including Guardian Australia – are broadly supportive of the legislation.

The code is designed to benefit smaller media companies as much as possible. The threshold for a media company to be included is annual revenue of $150,000, and smaller companies without the resources to negotiate with the platforms individually can band together to collectively bargain. In a submission on the draft legislation, the Public Interest Journalism Initiative and the Judith Nielsen Institute argue very small media players might still lack sufficient “clout” to negotiate with the tech giants, and have suggested an independent third party might be appointed to negotiate a lump sum on their behalf.

Facebook is threatening to remove all news from Australian Facebook pages, but it has not yet provided any details about how it would do this. Facebook has been criticised for allowing conspiracy theories and misinformation to flourish on its platform, and banning reputable, factual news from its service would exacerbate this problem. About one-third of Australians get their news from Facebook, according to the Digital News Report.

Google says the code would require them to give media companies data and prior notice of changes to algorithms and that this would put other users of Google Search and YouTube at a disadvantage. Is this true?

The code includes minimum standards for the platforms, including advance notice of algorithm changes and changes to the way news content is displayed, but this is only for substantial changes and is intended to give news companies time to adjust. Nothing in the draft code allows news companies to artificially inflate their rankings to others’ disadvantage and nothing would prevent the platforms from making the advance notice of changes generally available.

Will payment to news companies make them dependent on the platforms?

It shouldn’t. The code is not intended to compensate news companies for the loss of advertising income due to digital disruption. It is intended to facilitate fair payment for the benefit the platforms receive from news. For Guardian Australia, any payment from the platforms would help us invest more in local journalism while continuing to seek revenue from advertisers and readers.