The documentary Killing Michael Jackson premiered in the U.S. Monday on Bounce and explored the June 25, 2009 death of the King of Pop through the eyes of three L.A.P.D. detectives who led the investigation that determined he was the victim of a homicide. Jackson’s personal doctor, Conrad Murray, was convicted in 2011 of involuntary manslaughter for administering excessive doses of the powerful drug propofol to the iconic performer.

The detectives — Orlando Martinez, Dan Myers and Scott Smith — detailed their findings in the bedroom of Jackson’s rented Holmby Hills home, noting there was a realistic looking baby doll in the superstar’s bed — as well as a group of blown-up images of baby boys in the room.

The room was described as Jackson’s home treatment room, though the detectives didn’t think it seemed appropriate for any type of medical treatment. There was an IV stand, saline bags, medications all over the room and a loose needle on the floor.

Det. Martinez detailed the scene, in a clip obtained by Daily Beast, saying,

“There was a computer on the bed… there was… kind of, like, advertisements of pictures with babies. Everybody knew about the allegations that had been leveled against Mr. Jackson over the years. One of the things, when I saw the laptop on the bed… do I go into it? But you have to realize the type of case I was investigating.”

Det. Myers said they stayed focused on their immediate crime investigation, saying, “It’s like with any case: You don’t allow whatever the victim was into prior to his death [to color it]. Your investigation is focused on: How did he die? And, who was responsible for it?”

Martinez was of course referring to the child sexual abuse allegations against Jackson. In 1993, the singer was accused of sexually abusing a 13-year-old boy and it was settled out of court. No criminal charges were filled. Then in 2003, he was charged with seven counts of child molestation and two counts of intoxicating a minor — for allegedly molesting a 13-year-old male cancer patient. Jackson, who maintained his innocence amid all allegations, was acquitted. Allegations have continued in his death and were the focus of another documentary, Leaving Neverland, featuring accusers Wade Robson and James Safechuck.

When Killing Michael Jackson was initially released in the U.K. last year, Martinez also spoke about Jackson’s bedroom being behind a locked door in the initial treatment room. When the detectives walked in, there was a fire roaring (in L.A. in the summer) and he described the room as “very, very hot.” There were also Post-It notes taped on mirrors and doors in the room with little phrases like, “Discipline with love. No violence ever.” Another said, “I am so grateful that I am a magnet for miracles.”

In an exclusive clip obtained by Yahoo Entertainment of the documentary, the trail of evidence that initially led the detectives to suspect Murray was detailed. During the search of Jackson’s home, detectives turned up a “treasure trove” of evidence from Murray’s doctor’s bag, as well as discarded needles and empty bottles of drugs that he had attempted to hide.

“We knew that sometime during this medical emergency, Dr. Murray had stopped either giving CPR or had waited to give CPR and cleaned up everything,” Martinez — who found the empty 100ml bottle of propofol in Jackson’s bedroom — explained. “If he would have had taken it with him… we would have lost that element of the hiding and trying to cover up.”

Detectives claimed that when they questioned Murray, he “freely admitted” he was using propofol to help Jackson sleep for months. Martinez noted, “In my head, I was thinking, ‘What the heck?’ To drug someone to sleep in the way that he did, even with his permission — I didn’t think it was legal.”

Of course, two months after Jackson’s death, from cardiac arrest, the L.A. County coroner officially classified the superstar’s death as a homicide. It was determined that Jackson had been given propofol, lorazepam and midazolam and suffered a propofol overdose. Murray was charged with involuntary manslaughter in early 2011 and convicted the same year. He was sentenced to four years in prison, serving two before being paroled.

Jackson’s three children Prince Michael, Paris and Blanket are now 23, 22 and 18, respectively, and committed to protecting their father’s legacy. On what would have been the star’s 62nd birthday last month, Paris shared a PhotoShopped image of her likeness next to her dad’s, writing, “Happy birthday old man” with a heart. 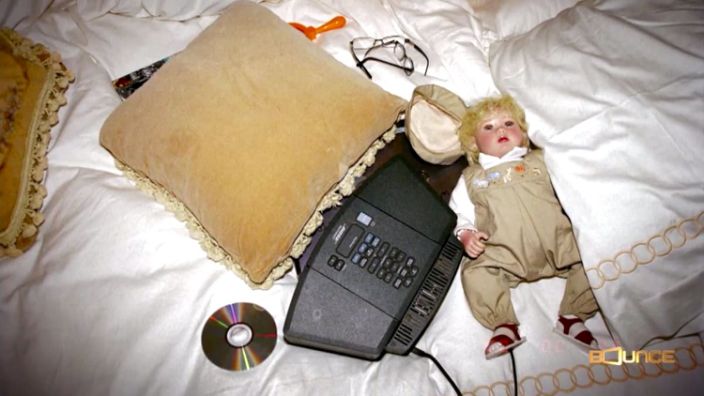