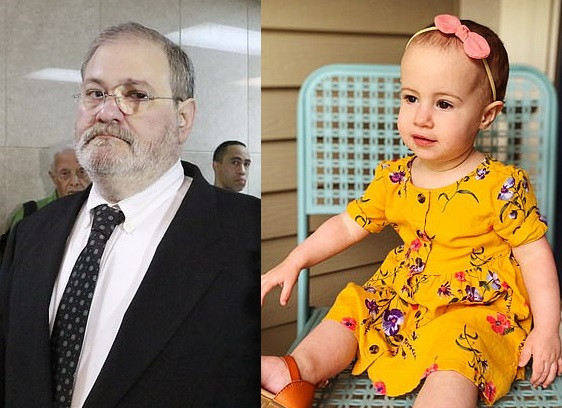 A grandfather accused of dropping his 18-month-old granddaughter from the 11th-story window of a cruise ship in Puerto Rico last year has pleaded guilty to negligent homicide. 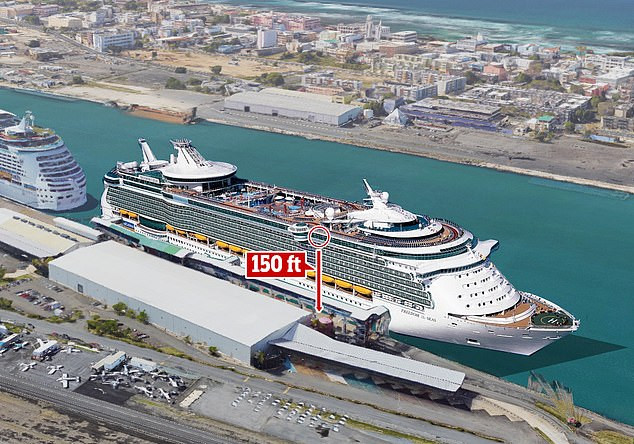 Anello had been holding the little girl up to an open window on the 11th deck of the Freedom of the Seas ship when the incident happened.

On Thursday, October 15, Salvatore ‘Sam’ Anello of Valparaiso, Indiana, admitted to the charges to end what he called a “nightmare” for his family.

The 51-year-old was charged with the death of granddaughter Chloe Wiegand who died after falling 150 feet from a docked Royal Caribbean cruise ship in July 2019.

In a previously released statement, Mr. Anello claimed that he did not know the tinted window of the children’s play area was open and that he lifted Chloe up to the window so that she could knock on the glass like she did at her brother’s hockey games.

‘All I know is I was trying to reach the glass and I know that we leaned over to try to have her reach the glass, at that point she slipped,’ Anello said

‘Chloe being gone is the worst thing ever so I’m like, whatever, you know. There’s nothing worse that they could do to me than what’s already happened.’

Following Mr Anello’s guilty plea on Thursday, his attorney Michael Winkleman confirmed that the 51-year-old will not serve any jail time, and will return to Indiana for his probation period.

“This decision was an incredibly difficult one for Sam and the family, but because the plea agreement includes no jail time and no admission of facts, it was decided the plea deal is in the best interests of the family so that they can close this horrible chapter,” Mr Winkleman said.

He added that the family want to “turn their focus to mourning Chloe and fighting for cruise passenger safety by raising awareness about the need for all common carriers to adhere to window fall prevention laws designed to protect children from falling from windows.”

Chloe’s parents, Alan and Kimberly Wiegand, filed a multi-million dollar negligent lawsuit against Royal Caribbean in December 2019, in which they blamed the cruise ship company for failing to provide safety features on the windows, according to USA Today.

Mr. Winkleman also confirmed on Thursday that the family will continue with the civil lawsuit, and claimed that Mr Anello’s plea has no impact on it.

“We are deep into the process of discovery in the Civil case having already taken several depositions and numerous upcoming depositions including the Captain of the ship,” he said.

“Sadly, all of the discovery and evidence taken so far in the case confirms that this was a tragic, preventable accident and that there are absolutely no grounds to bring criminal charges against Sam Anello,” Mr Winkleman added.

In a motion to dismiss the lawsuit earlier in the year, Royal Caribbean claimed: “His [Mr Anello’s] actions, which no reasonable person could have foreseen, were reckless and irresponsible and the sole reason why Chloe is no longer with her parents.”

The company also denied breaching industry safety standards, insisting he would only have had to rely on his ‘basic senses’ to realize he was endangering his beloved granddaughter.

Mum allegedly stripped son, 12, naked and raped him before warning him not to tell anyone