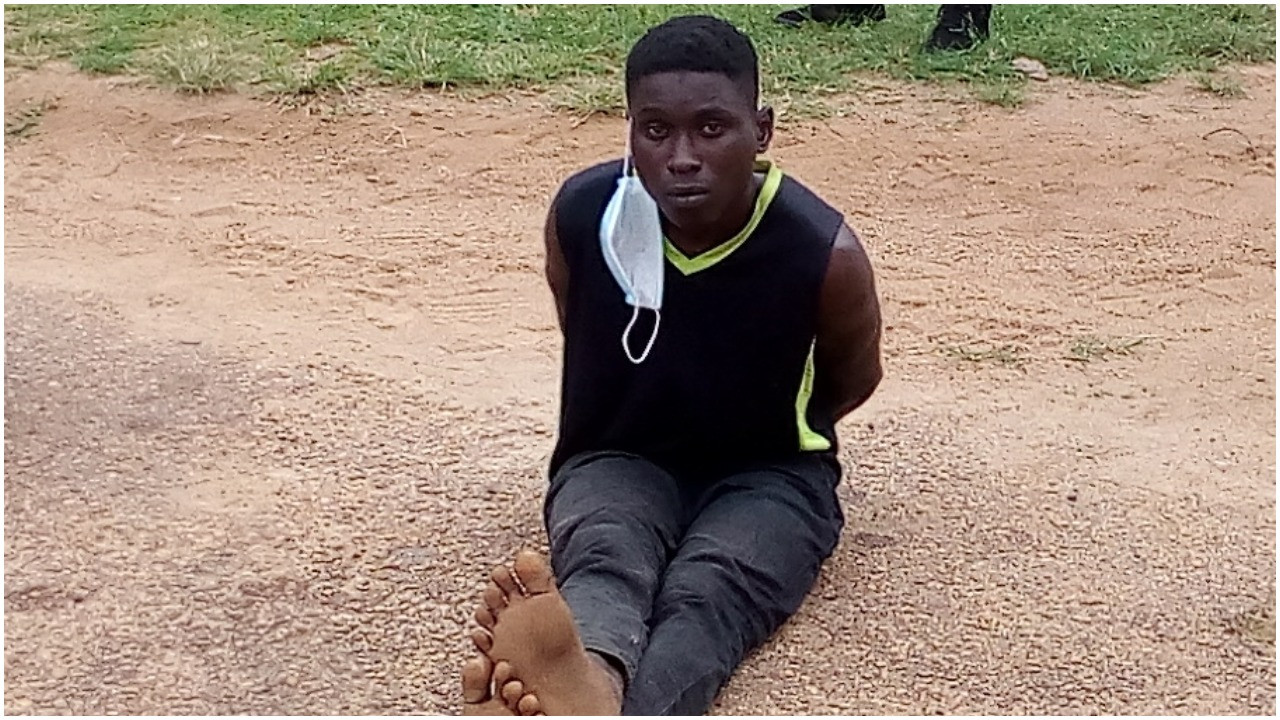 Sunday Shodipe, the suspected serial killer in Ibadan has revealed that he killed another woman after he escaped from Mokola police station where he was held.

Speaking on Wednesday August 26, while being paraded by Oyo state commissioner of police Nwachukwu Enwonwu, Shodipe revealed that he fled the police station to carry out rituals in the interest of one Idris Ajani, a 50-year-old herbalist he was arrested with.

The suspect said the herbalist told him there would have been dire consequences if he did not escape to continue the killings.

“Baba( herbalist) had been telling Officer Funsho to open the gate to allow us to take our bath but the officer did not answer him.

“Baba later told the officer that he needed to drink gin as an herbalist to prevent spirits from draining his blood but the officer still did not answer him.

“Baba had been blaming me for telling the police and the public that he was the one that sent me to kill and that I would have been released from the custody if I had been untruthful.

“Baba also told me that something terrible might happen to him if he stayed too long in police custody because of the sacrifices he had not been performing since his arrest.

“So, when the police later allowed me to go and bath in the evening at about 7.pm, I used the opportunity to escape and went to Akinyele to kill another woman.

“Baba sends me out and tells me to kill by reciting his name, Idris Adedokun Yunusa Ajani, in incantations. So, I killed the women to ensure Baba’s safety.”

The suspect who was formerly held in police custody due to the congestion at the Nigeria Correctional Service facility in the state, will now be transferred to the facility as confirmed by the state commissioner of police.