In the last two weeks, we have seen a gradual decrease in the number of positive COVID-19 cases- Lagos gov, Babajide Sanwo-Olu 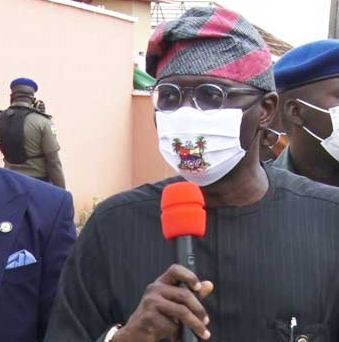 Lagos state governor, Babajide Sanwo-Olu, today August 1, announced that the state has in the last two weeks witnessed a decline in the number of confirmed COVID-19 cases.

He announced this when he spoke at the press briefing he held this evening.

“We must, however, mention that we have seen a gradual decrease in the positivity rate in Lagos State over the last two weeks which combined with our increase in the testing numbers, points to a very encouraging picture of the outcome of our response strategy in the state. We will continue to fine-tune our strategy and our efforts to build on our successes and close all existing gaps if any.” the governor said

While noting that the state government successfully tested 9,000 samples in the week ending July 26, the governor explained the figures represented 50 percent increase in the 6,000 tested samples in the preceding week. He said more testing of suspected COVID-19 cases has been made possible with the creation of additional laboratories in the state.

Governor Sanwo-Olu said the state is winning the battle against the dreaded virus largely due to the increase in the number of tested samples.