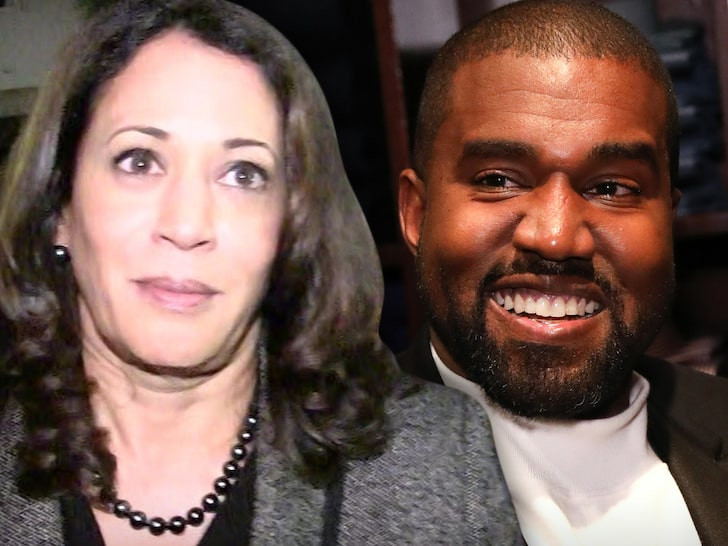 Kanye West has congratulated Democratic vice presidential nominee Kamala Harris, who was recently selected by Joe Biden as his running mate for the 2020 presidential election.

The Billionaire rapper, 43, sent his good wishes to Harris via his Twitter page and acknowledged himself as the ‘future president.’

He wrote: ‘‘I know my mum and Kamala Harris would have been friends…

‘Congratulations on being the democratic Vice President nominee… all love and respect from the future president.’

‘It’s an honour to run against you.’

Harris will be the first female, the first black and first Asian-American vice-president if Biden is elected on November 3.

Kanye West announced his presidential bid last month and is contesting for president under the ‘birthday party’. His vice presidential candidate is  Michelle Tidball, a Wyoming life coach.

I contracted COVID-19, I’ve been ill and in isolation — Omotola Jalade