Japan’s prime minister, Shinzo Abe resigns due to ill health amid reports he had been vomiting blood. 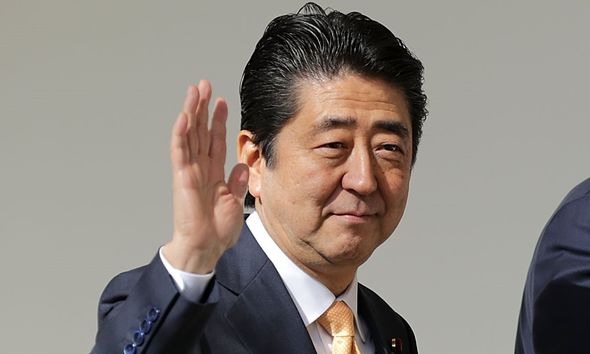 Japan’s prime minister, Shinzo Abe, 65, has announced his resignation after his eight-year stint in power due to ill health amid reports he had been vomiting blood.

Abe, 65, who made the announcement on Friday August 28, said he had suffered a relapse of a chronic bowel condition -saying he had ‘lost a lot of his energy and strength’ and would need regular medical treatment that would prevent him from tackling the Coronavirus crisis.

‘I have been struggling with my illness and I have to get treatment. Poor health should not lead to wrong political decisions,’ he told a press conference.

Speculation about the Prime Minister’s health started after he made several visits to a Tokyo hospital in the space of one week.

On Monday morning August 24, Abe reportedly visited Keio University Hospital in Tokyo for what was his second hospital visit in a week. There are also reports of the PM vomiting blood due to his health.

The governing Liberal Democratic Party is expected to appoint an interim leader who will serve until the party can hold a leadership election, according to NHK.

Abe who suffers from colitis, a non-curable inflammatory bowel disease, resigned during his first stint as the country’s leader from 2006 to 2007 before he became Prime Minister again in 2012

Lady arrested after allegedly stealing an iPhone and hiding it in her private part.