Katie Price compares herself to Bond villain as she shows off real teeth ahead of veneer replacement. 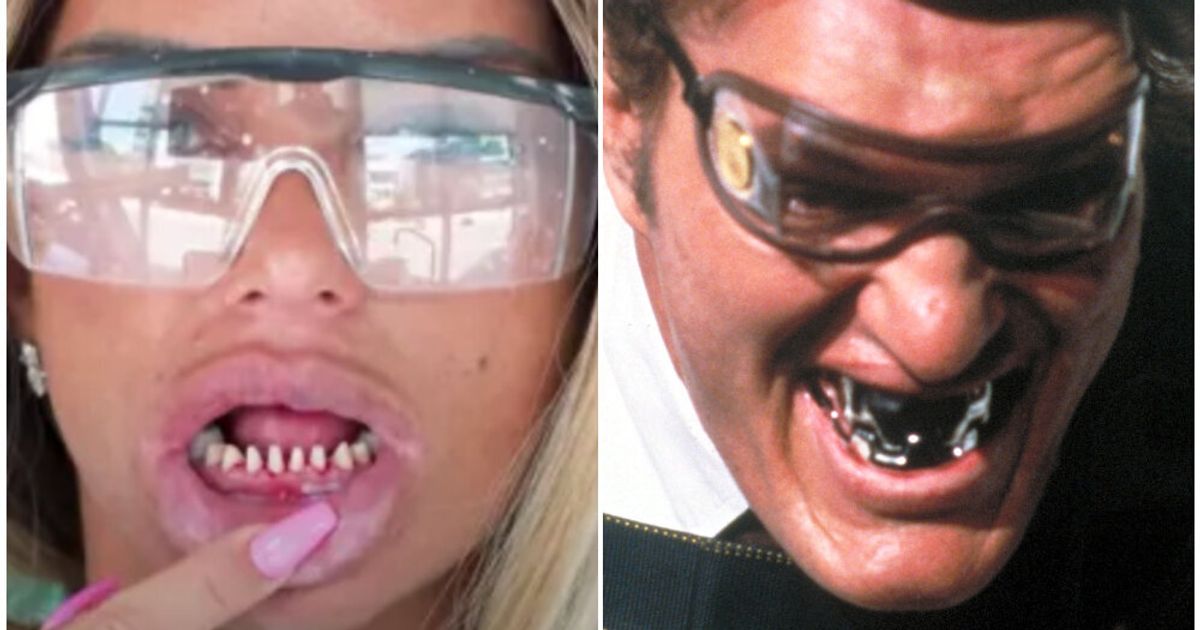 Katie Price compared herself to Bond villain Jaws while showing off her real teeth ahead of a veneer replacement.

The 42-year-old showed herself undergoing the teeth makeover while holidaying in Turkey in a video to her YouTube channel.

The mother-of-five’s real teeth were shown to be filed down into small sharp stubs as the former model noted: “When you touch them they are so spiky.”

“I look like something out of James Bond,” she also told the camera. “The man with the metal teeth.”

Metal-mouthed bad guy Jaws, played by Richard Kiel, appeared in The Spy Who Loved Me and Moonraker opposite Roger Moore’s 007.

Price also noted how she was struggle to move her mouth as it had been numbed for the procedure.

She jetted off on holiday last month with daughter Princess, 13, and son Junior, 15, her children with ex-husband Peter Andre. Her new boyfriend Carl Woods also joined them on the trip.

However, disaster struck when Price had an accident during a day out at water park and broke both her feet when she leaped over a wall.

She shared in another YouTube video: “Silly me, at my age, should calm things down. Basically, silly little accident. I was running and jumped over a wall, as it was a little shortcut, and didn’t really judge the height.

“I just sort of fell funny on my ankles and I fractured the hairline in my heels and stuff.”

After arriving back in the UK and attending a consultation about her injuries, Price said she received “devastating” news. However, she did not specify what doctors had told her