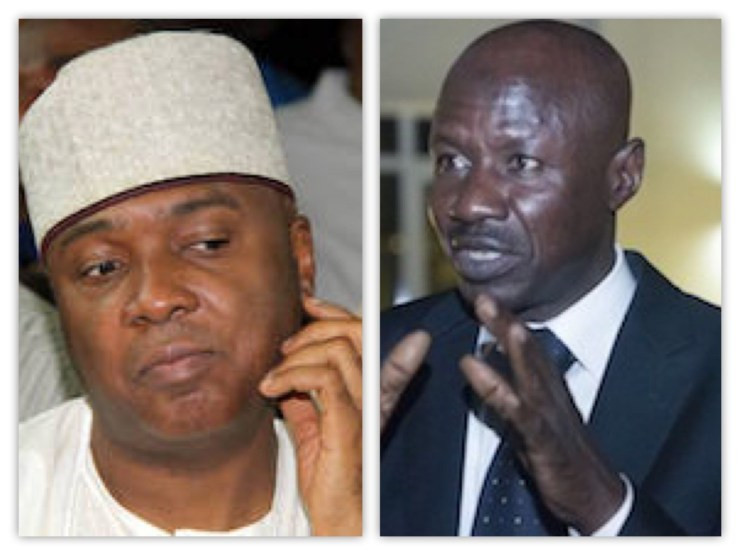 Former Senate President, Senator Abubakar Bukola Saraki has alleged that the suspended Acting Chairman of the Economic and Financial Crimes Commission (EFCC) Ibrahim Magu, took out his anger of not being confirmed as the substantive chairman of the anti-graft agency against him personally.

Reacting to the court judgement that ordered the return of his houses which was seized by the EFCC, Saraki insisted that the senate under his leadership “followed due process” in rejecting Magu.

The former senate president who stated that the last five years has been very challenging for him and his family, affirmed that the intention of the EFCC was to damage his reputation and that of his family.

“Today, as always, I thank Almighty Allah as I welcome the judgement of the Federal High Court, Lagos, by the Honorable Justice Rilwan M. Aikawa in which the court dismissed in its totality the application by the Economic and Financial Crimes Commission (EFCC) for a forfeiture order on my home in Ilorin, Kwara state.

“I am particularly happy that the court specifically ruled that there was no evidence that the property was built with any illicit or stolen funds from the Kwara state government or any other institution or quarter, whatsoever.

“The last five years have been very challenging for me and my family. I have endured and defeated one false allegation and malicious litigation after another, in an ill-motivated persecution, intimidation and harassment, through which some vested interests sought to damage my name and label me with charges of corruption but with the grace of Allah, I have always been victorious.

“I thank God for the outcome of this case which is the fifth victory in cases in which the EFCC was either the main investigating agency or the plaintiff.

“It is obvious that the EFCC leadership under its erstwhile acting chair, Mr. Ibrahim Mustapha Magu decided to take the issue of his non-confirmation by the 8th Senate which I led, personally.

“However, I know that the Senate under my leadership only followed the due and normal procedure during the confirmation process and we never executed any personal agenda against Magu. The records of the Senate during the period are there for the perusal of all Nigerians interested in the truth.

“It was directed at giving the wrong impression about me. As I record yet another vindication by the competent court of law, God’s willing, my focus will now shift to more serious issues.

“It is important to put it on record that I hold no grudge against any individual for their roles in my trials.

“My experience in the last five years has only strengthened my faith in Almighty Allah, the Nigerian nation and her judiciary which has always risen above the din to give justice at all times and in all situations.”

It’s all over as white house admits America has lost its battle with coronavirus.