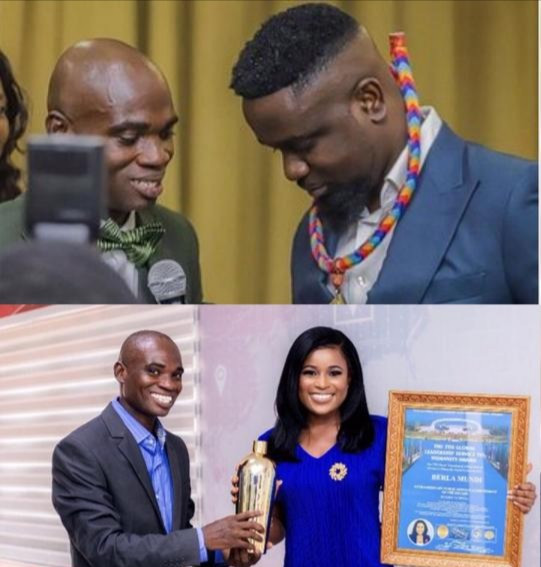 A man who has been giving out awards to celebrities and public figures while posing as an ambassador for the United Nations and Kofi Annan Foundation has been accused of being an imposter.

The man who goes by the name Dr. Kwame Owusu Fourdjour has presented awards to a number of public figures, including rapper Sarkodie, media personality Berla Mundi, and others. He even organized an award event on August 28 where he presented awards to people claiming the awards were on behalf of the UN. 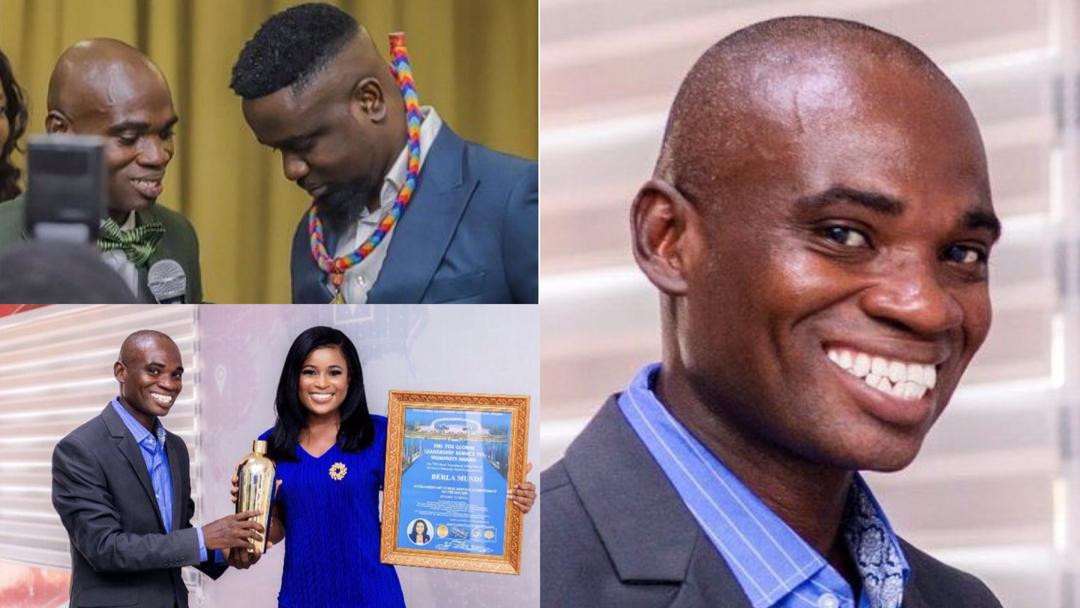 However, a Twitter user has alleged that he’s a fake and has been exposing him on the platform. 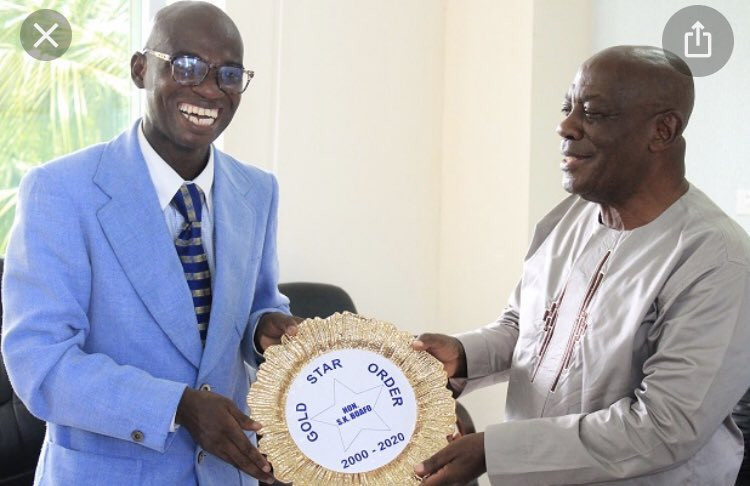 The Twitter user with the handle @elvinnicks released photos and videos as “proof” that Dr. Kwame Owusu Fourdjour doesn’t represent the UN or the Kofi Annan Foundation and has been deceiving celebrities for his personal gain.

He also alleged that Dr. Kwame Owusu Fourdjour was arrested a while back for defrauding a bank.

Meanwhile, Twitter users have reacted by mocking Sarkodie. They went back to tweets Sarkodie shared while celebrating the award to mock him for celebrating over an allegedly fake award. 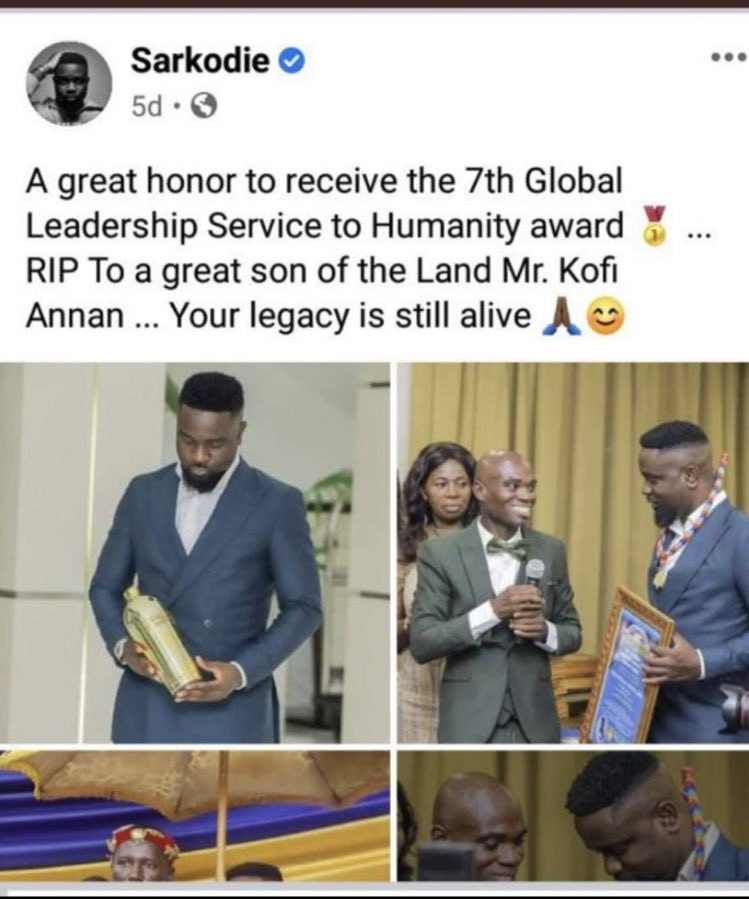 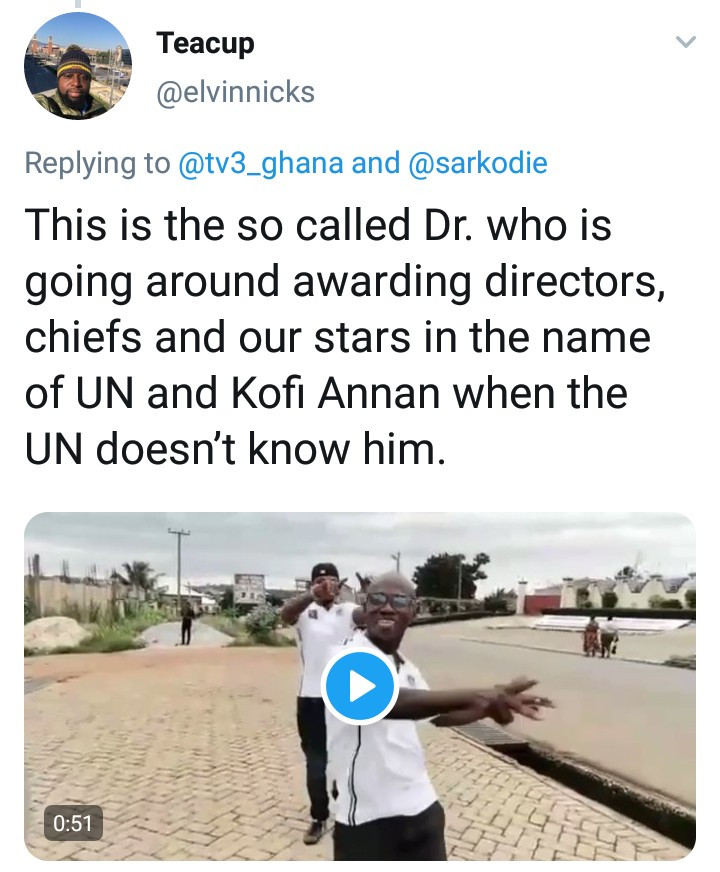 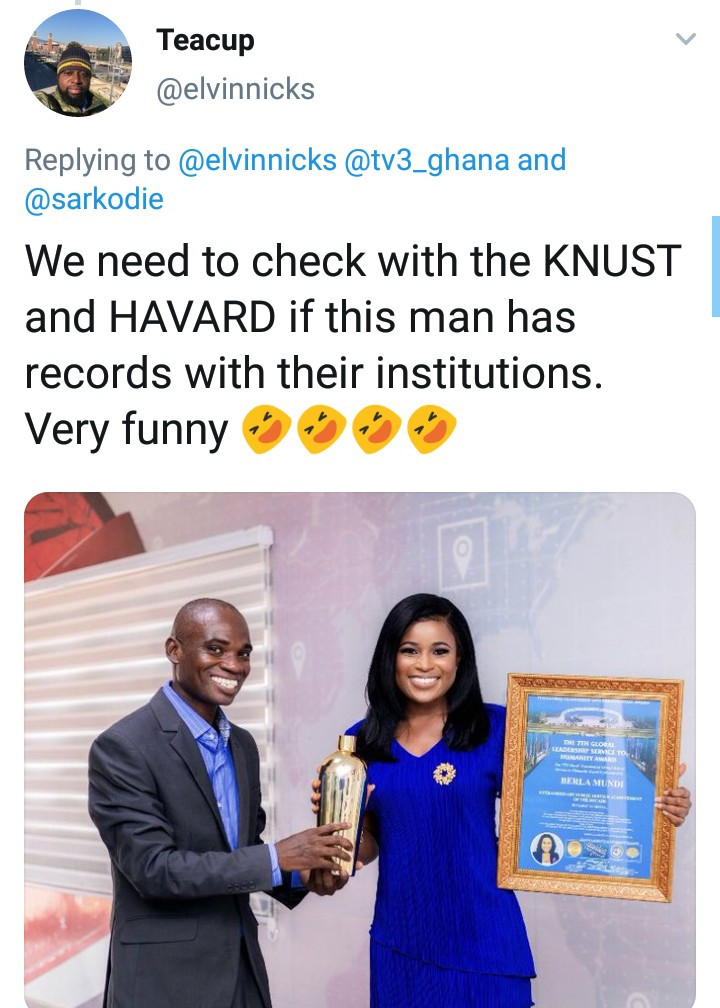 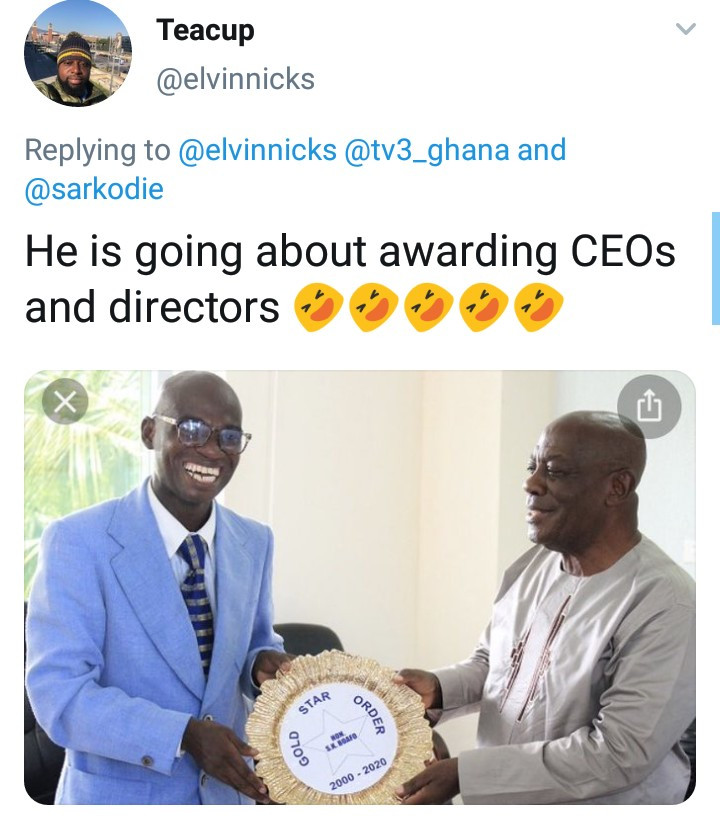 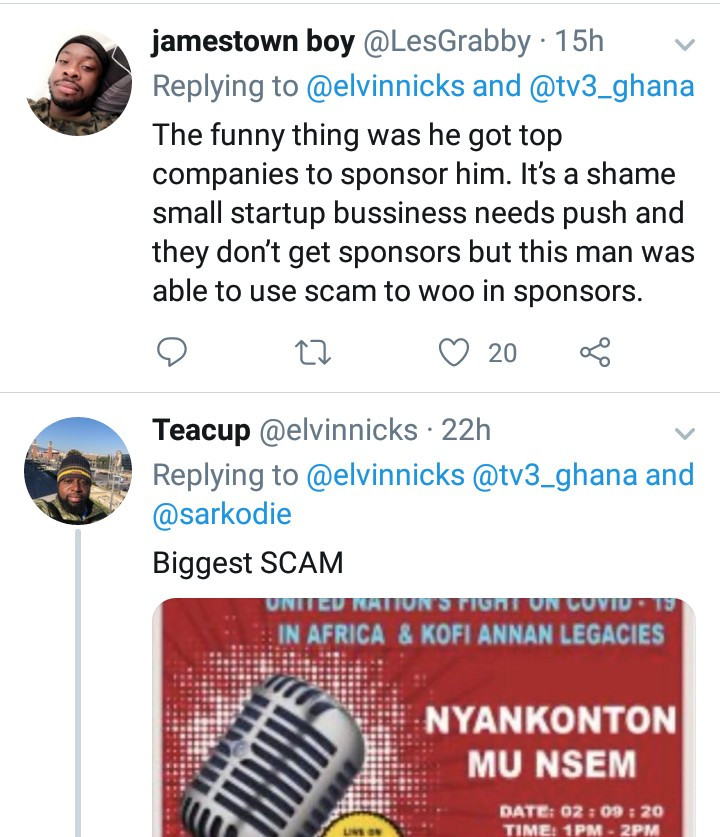 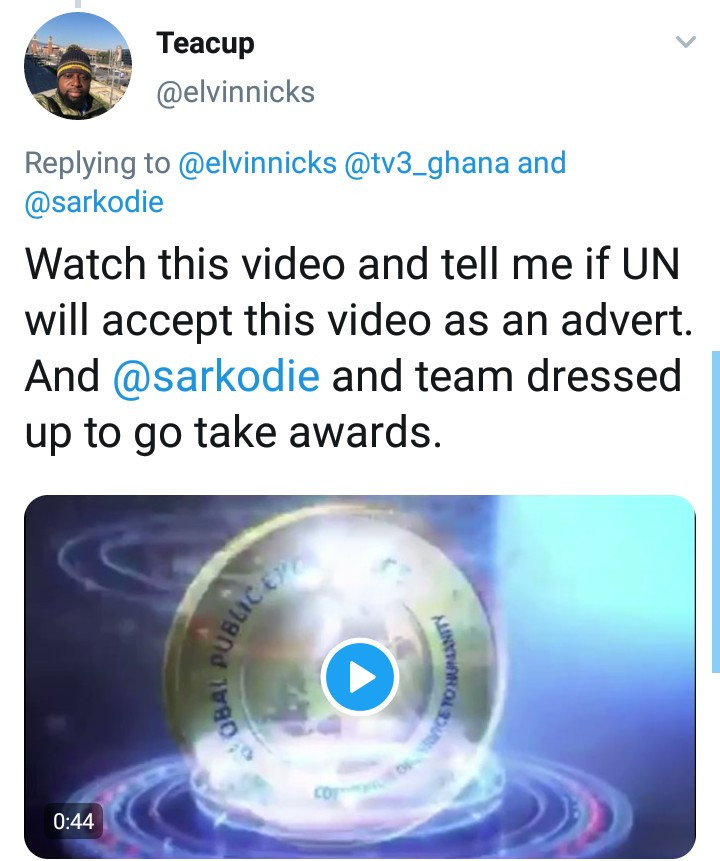