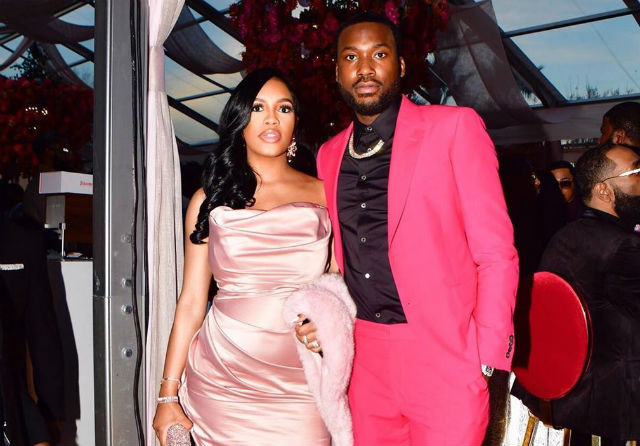 Meek Mill has announced that he and his girlfriend, Milan Harris, have gone their separate ways two months after they welcomed their first child together.

The rapper, 33, confirmed their break up on social media, assuring fans that he and the fashion designer are still on good terms and will continue to co-parent their son.

“Me and Milano decided to remain friends and build our child as separate parents … we still have mad love for each other but we both came to a understanding,” the rapper wrote in a since-deleted post on Instagram.

He also added: “no fallout either just moving forward! Still love! This for protection so social media won’t think we moving wrong.”

The breakup came days after Kanye West, 43, claimed in a since-deleted tweet on Tuesday, July 21, that he had been trying to divorce his wife Kim Kardashian after she met with Meek Mill at the Waldorf-Astoria hotel in L.A. “for ‘prison reform.’” The rapper added that the reality star was “out of line” for meeting up with Meek, seemingly alleging that Kardashian cheated on him.

But Kanye West publicly apologised to Kim Kardashian over the weekend for going public with their private matter.

Man splits $22 Million lottery winning with his best friend to uphold a promise made nearly 30 years ago.

Asari Dokubo supports N81bn theft at NDDC, calls it mere pickpocketing when compared to what Nigerians from other regions have stolen.