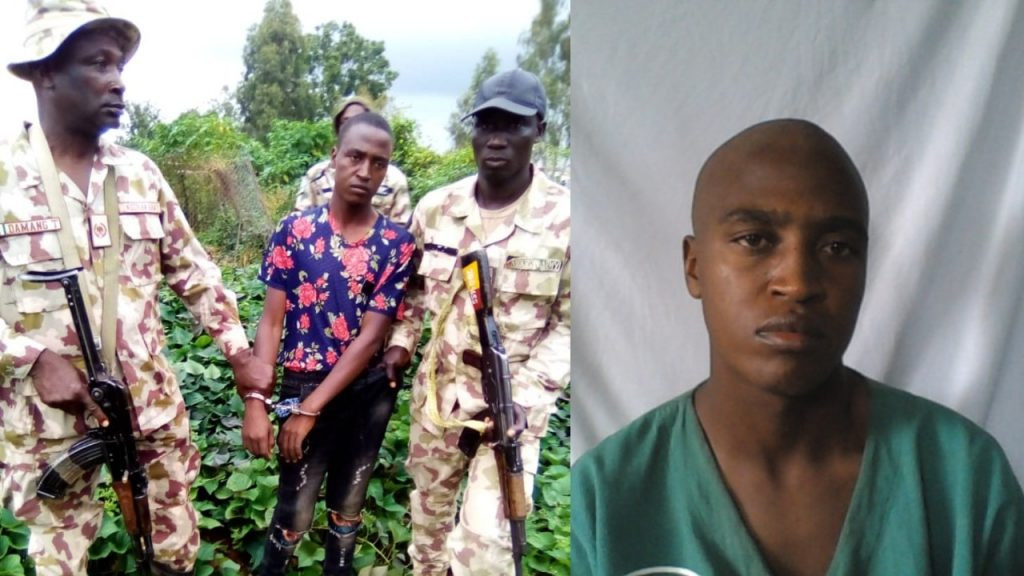 The Special Task Force, Operation Safe Haven (OPSH) that is charged with maintaining peace in Plateau, Southern Kaduna, and some parts of Bauchi State, has rearrested another escaped prisoner.

On July 23, six notorious inmates escaped in Barkin Ladi LGA of Plateau State. A convoy of correctional officials conveying 14 suspects charged with crimes ranging from murder to kidnapping and rape, was attacked by unknown gunmen believed to be herdsmen near Plateau High Court in Barkin Ladi. Six of the notorious inmates escaped during the attack.

Following a manhunt operation that was launched, the military taskforce earlier rearrested one of the escapees, Mohammed Ibrahim, and have since handed him over to Nigerian Correctional Service in the State.

The spokesperson of the task force, Major Shittu Ibrahim, announced the re-arrest of another inmate. Confirming to newsmen, Ibrahim said

The latest arrest by the troops was made in an abandoned house at Bisichi Village of Barkin Ladi LGA of Plateau State at about 15:30 hours today 18 August 2020.

The 19-year-old inmate has confessed that he was among the escapees. It is pertinent to stress that concerted efforts are ongoing to re-arrest the remaining.”