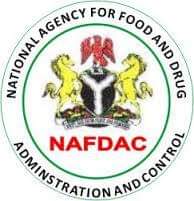 Officials of the National Agency for Food and Drug Administration and Control (NAFDAC) have reportedly disrupted the unveiling of an anti-COVID-19 herbal syrup in Abeokuta, Ogun State.

A herbal medicine practitioner, Paul Oni, was said to have planned to unveil the syrup at a briefing on Thursday at the Centenary Hall in the Ake axis of the state capital.

The programme was later reported to have been stopped by the NAFDAC officials who stormed the venue in company with some policemen and operatives of the Department of State Services (DSS).

sources gathered that the officials later led Oni to his factory where he planned to produce the herb and sealed the facility after inspecting it.

Briefing reporters after the factory was sealed, Oni decried the increase in the number of COVID-19 cases in the country.

He also lamented what he called outrageous approval levies by NAFDAC, saying he could not afford the outrageous cost of approval and clinical trials.

“The normal cost that you will incur in going through the NAFDAC process is about N600,000 which does not include the clinical trials of N1.5 million.

“So, when I saw the cost, I concluded that I should seek help through a press conference. I am sure this herb can help people that have contracted COVID-19,” he said.

The herbal medicine practitioner, who denied bypassing the agency’s procedures, explained that the programme was meant to seek partnership and support, as well as raise for a fund for the product to undergo the proper processes and certification.

He explained that he only produced a few quantities of the syrup to showcase to journalists and not in large quantity for sale.

Oni insisted that the herb was ‘anti-viral and anti-malignant’ and capable of curing COVID-19.

He alleged that all efforts to secure the support of the Minister of Health and other major stakeholders have not yielded positive results.

“This was the purpose of the press conference; I have not produced the Oxibiotics for sale. I just have a couple of bottles that I want to show NAFDAC and to the Nigeria Institute for Medical Research, as samples,” he stated.

Oni, however, said he remained undeterred by the action of the agency and promised to ensure that the product saw the light of the day.

Meanwhile, an official of the agency said that the programme was stopped because the product had not been certified scientifically.

He said, “The producer is a client. He knows the procedures having secured NAFDAC number for some of his products on two different occasions.

“But this product, in particular, has not passed through the NAFDAC processes. Besides, he did breach advertisement control policy by advertising the product.”

Pastor caught while trying to sleep with a married woman (video)