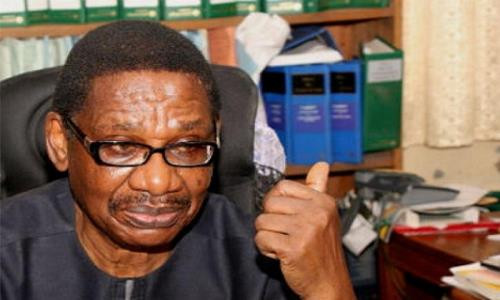 Professor Itse Sagay, the chairman of the Presidential Advisory Council Against Corruption PACAC, has advised President Buhari to sack the Minister of the Niger Delta Ministry, Godswill Akpabio, following the startling revelations of financial recklessness in the Niger Delta Development Commission NDDC at the House of Representatives investigative panel.

Speaking in an interview with Channels TV, Sagay said

”If I were the President, if I were in his shoes, and if I was to advice him, I would say dissolve this interimcommittee, remove the Minister of the Niger Delta because he is neck deep in it and bring in fresh people, probably people who have been properly nominated and then institute a very strict system of monitoring expenditure”

On the House of Representatives decision to compel Akpabio to release the names of the lawmakers he said have benefitted from contracts from the commission, Sagay said

”I think it is a very healthy development. The suspicions have been strong for a long time that many lawmakers are not satisfied with their own and they want to do business with government and that they use their influence to acquire contracts in areas they are supposed to be providing supervisions  for.

The suspicion has been on for a very long time and some names have been mentioned in the past and they denied. So I think this is a very good opportunity for that issue to be finally settled.

Once the names are mentioned and spelt out, we would be able to conclude and know those who are comporimising their positions as legislators and getting their hands in areas in which they should be providing a cleansing for society but if it is false, they would have cleared their names and their honor and integrity would be restored”