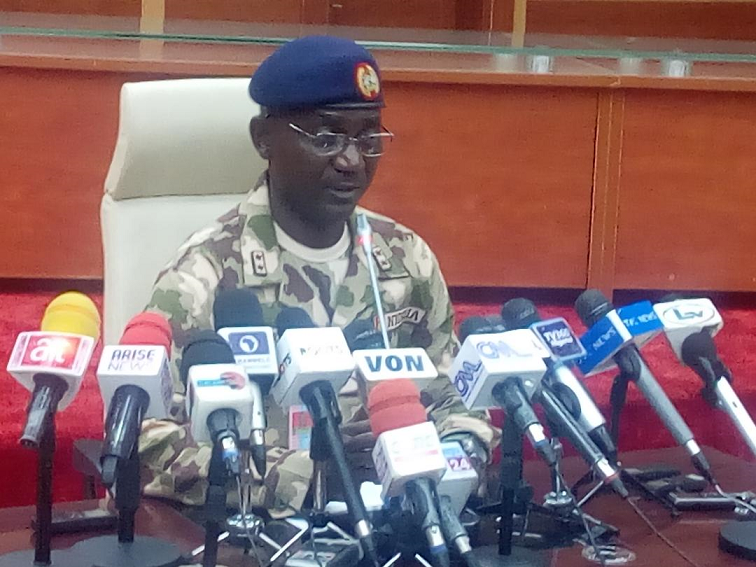 The Nigerian Defence Headquarters has said there is nothing new about US intelligence on the incursion of Al-Qaeda militants into the north-west region of the country.

John Enenche, the coordinator of defence media operations in a statement released on Thursday August 6 said the intelligence is as old as maybe five or ten years, and it is also not the first time the US would raise such alarm.

The Defence spokesperson further disclosed that it was the Nigerian military that raised the alarm on movement of “terrorists from the middle east to West Africa”.

He revealed that the army’s intelligence agency has been providing information about the infiltration of insurgents, and Nigerians shouldn’t be worried about the activities of the terrorist groups as strategies have been put in place to halt them.

“Our attention is being drawn to the fact that terrorists from other zones are coming here, I think it would be good for us to be keeping records of events as they unfold.

“For me, this is not the first time they are raising such an alarm, the alarm is as old as maybe five or ten years ago and the armed forces and the country is conscious of it.

“When the conflict in Libya was declared officially that it ended, which did not end what happened? It was we, our NIA, state service and all that raised the information that these people are moving.

“Have we not captured foreigners among the people that have been terrorizing us in this country? So it is just like a call to keep doing what you are doing, so the general public should know that the security agencies are on top of that one.

“Why do we have ISAWP here now, was ISWAP indigenous to Nigeria, No! So it’s just like telling you the obvious and I want to take like an advice to continue to ensure you have measures in place to continue checking them.”

COVID-19: FG extends ease of lockdown for another four weeks…