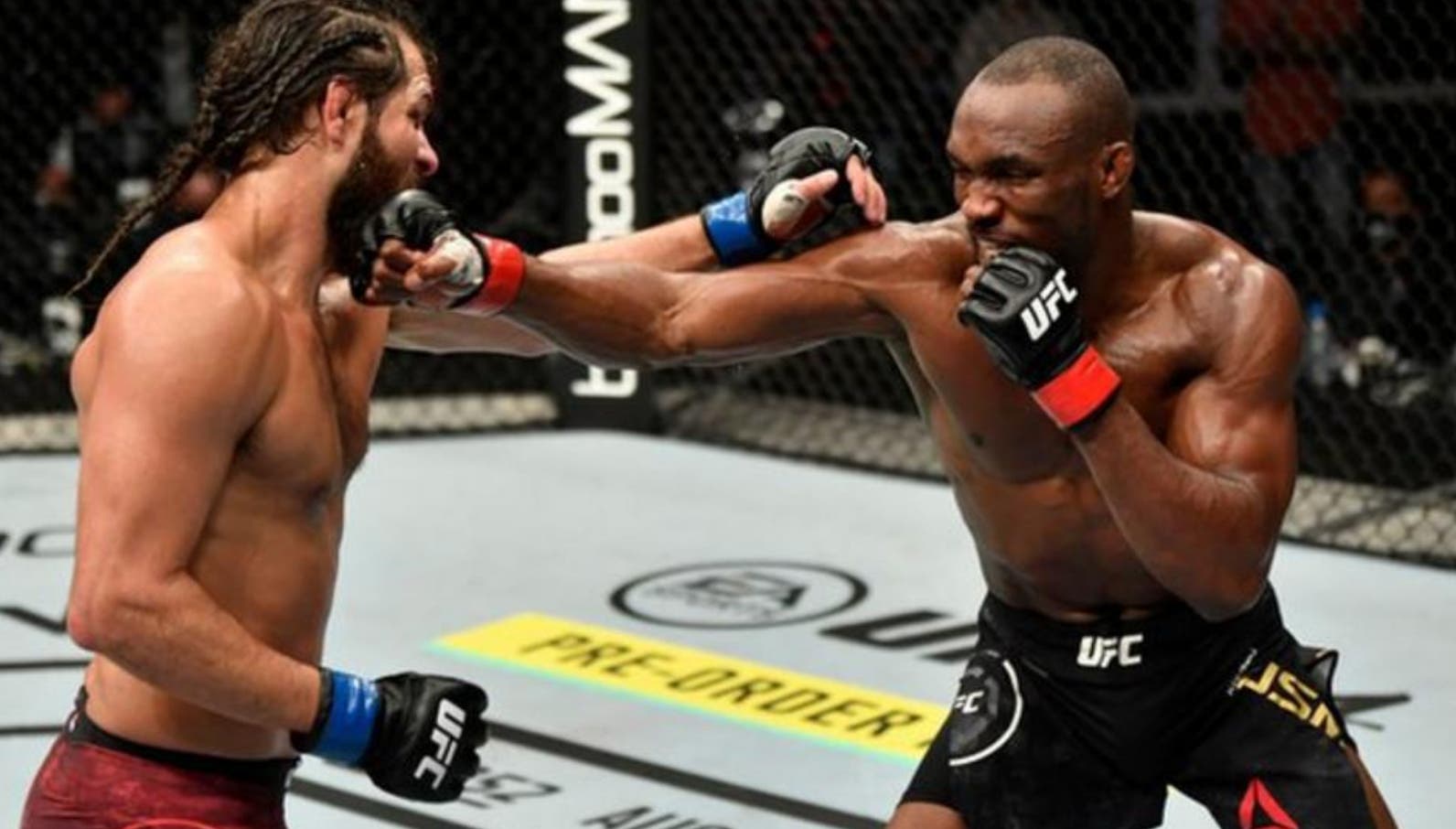 Ultimate Fighting Championship welterweight champion, Kamaru Usman, has been handed a six-month medical suspension after he broke the nose of Jorge Masvidal.

Masvidal was also suspended for 30 days due to a forehead laceration in his defeat.

Alex Volkanovski, Max Holloway and Petr Yan are the other fighters suspended.

Usman, who is expected to face Gilbert Burns in his next bout, said he would prefer to face Georges St-Pierre, who retired in 2017.

“Honestly I would have to say Georges St-Pierre,” the seventh-ranked pound-for-pound UFC fighter told TMZ Sports.

“Right now we’re tied for the record, most consecutive wins in the welterweight division.

“(He) has put his time in and is considered as one of the best, and that’s where I aim to be.

“Georges can still do it, he proved it two years ago when he came back, I feel he’s still able to do it.

“I feel he’s still able to come in and be that opponent that people are unsure like you know what, ‘we don’t know if Usman has got this one,’ and I think that Georges St-Pierre can be that guy.

“If Georges wants to do it, Georges can get it too.

Rift among South East senators over multi-billion SUVs deepens as it is revealed that a senator from South-East objected to the purchase of the vehicles from Innoson Vehicle Manufacturing Company Limited, a firm located in the region.