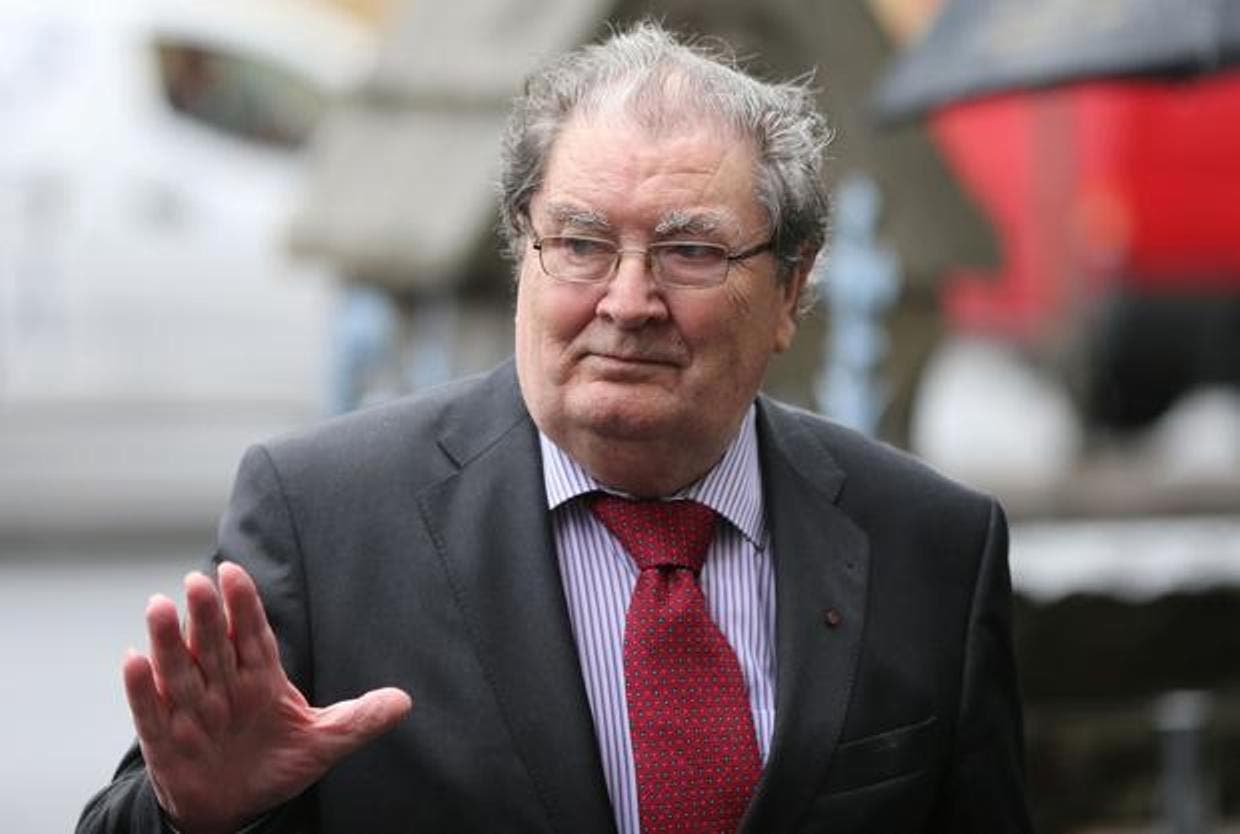 John Hume, who won the Nobel Peace Prize for his part in bringing peace to Northern Ireland, has died at the age of 83.

In a statement on Monday August 3, his family said the former politician “passed away peacefully in the early hours of the morning at the Owen Mor nursing home in Derry.  He had dementia.

“We are deeply saddened to announce that John passed away peacefully in the early hours of the morning after a short illness.”

“We would like also to extend our gratitude to the people of Derry and Moville/Greencastle, who have looked after John and shown us so much kindness as his dementia has progressed,” it said.

“Celebrating community in all its diversity went to the heart of John’s political ethos and we are very appreciative that our communities supported, respected, and protected John.

“John was a husband, a father, a grandfather, a great grandfather and a brother. He was very much loved, and his loss will be deeply felt by all his extended family.”

The statement added: “It seems particularly apt for these strange and fearful days to remember the phrase that gave hope to John and so many of us through dark times: we shall overcome.”

John Hume, a founding member of the Social Democratic and Labour Party, was named ‘Ireland’s Greatest’ person in the country’s history in a public poll in 2010.

He was credited as the principal architect behind the peace agreement that ended 30 years of sectarian violence, known as The Troubles.

In 1998, Hume and Northern Ireland’s then first minister, David Trimble of the Protestant Ulster Unionist Party were jointly awarded the Nobel Prize for Peace.

Irish prime minister Micheál Martin described Mr. Hume as one “of the greatest Irish people that ever lived” and said his life was one of “towering achievement”.

“John Hume was a great hero and a true peacemaker,” he said, adding: “All people on this island will give thanks for his life.”

Former US president Bill Clinton described him as “the Martin Luther King of Northern Ireland”, while former British prime minister Tony Blair said he made an “epic” contribution to the peace process.

“John Hume was a political titan; a visionary who refused to believe the future had to be the same as the past,” Mr Blair said.

Brazilian Rapper, MC Atrevida Dies At The Age Of 43 After Botched Cosmetic Surgery.