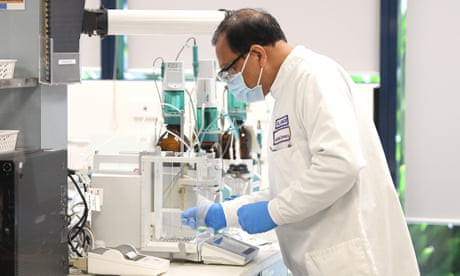 Oxford University Coronavirus vaccine trial has been paused after a participant had a suspected adverse reaction in the UK.

Spokesman for AstraZeneca, the company working with a team from Oxford University said the trial was placed on hold after to review the “potentially unexplained illness” in one of the participants.

“As part of the ongoing randomised, controlled global trials of the Oxford coronavirus vaccine, our standard review process was triggered and we voluntarily paused vaccination to allow review of safety data by an independent committee.

“This is a routine action which has to happen whenever there is a potentially unexplained illness in one of the trials, while it is investigated, ensuring we maintain the integrity of the trials. In large trials illnesses will happen by chance but must be independently reviewed to check this carefully.

“We are working to expedite the review of the single event to minimise any potential impact on the trial timeline. We are committed to the safety of our participants and the highest standards of conduct in our trials.”

The AstraZeneca-Oxford University vaccine is seen as a strong contender among dozens being developed globally. Hopes have been high that the vaccine might be one of the first to come on the market, following successful phase 1 and 2 testing.

Its  Phase 3 testing in recent weeks has involved some 30,000 participants in the US as well as in the UK, Brazil and South Africa. Phase 3 trials in vaccines often involve thousands of participants and can last several years.

The vaccine, which had been expected to be publicly available as early as January, is one of two projects on which the Australian government plans to spend $1.7bn as part of a deal to ensure free vaccines for all citizens

Popular Ghanaian pastor shoots wife dead in the US.

US vs China: US revokes visas for 1,000 Chinese students and researchers