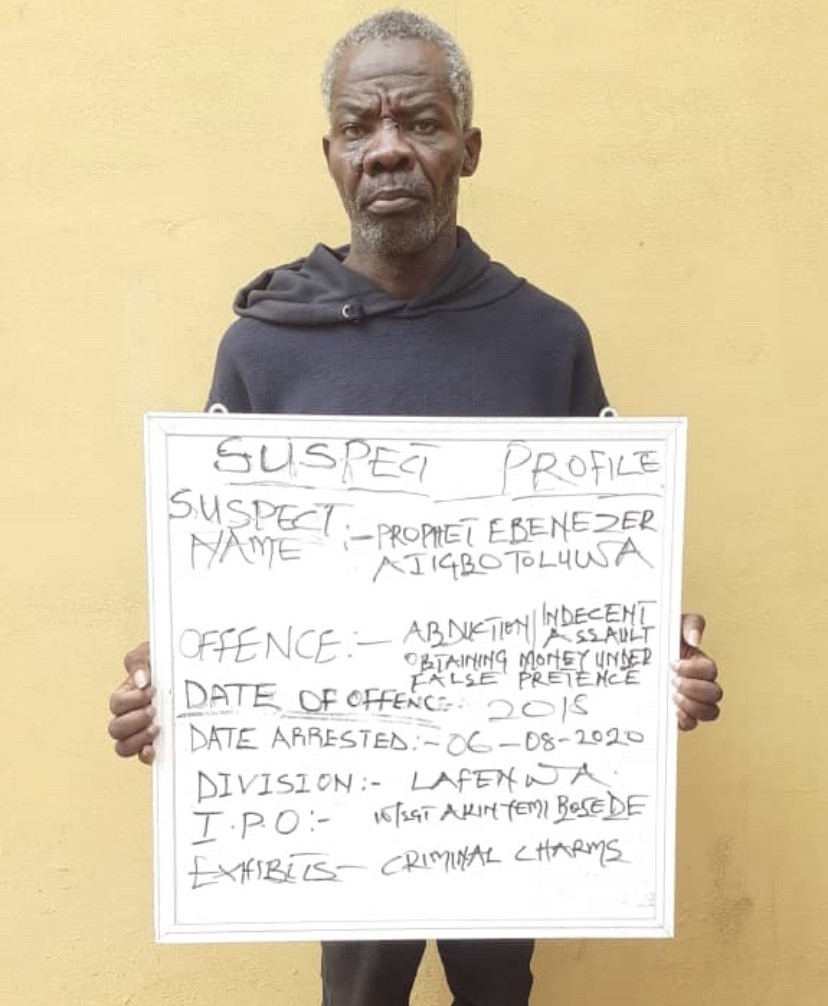 The General Overseer of Church of Lord, Olomore in Abeokuta, Ebenezer Ajigbotoluwa has been arrested by the Ogun state police for raping and impregnating two underage sisters, and also defrauding their mother of two million naira he claimed was for “spiritual cleansing.”

Ajigbotoluwa was arrested after the mother of the victims (name withheld) filed a complaint at Lafenwa police station.

The pastor reportedly asked the woman to relocate her entire family of six to the church premises to avoid being afflicted with the same sickness. He started having sex with the woman’s 16-year-old and 13-year-old daughters thereafter.

However after impregnating them, he procured abortion for them at a private clinic. Ogun state police spokesperson, Abimbola Oyeyemi who confirmed the arrest of the suspect said;

“Upon the report, the DPO Lafenwa division CSP Muraina Ayilara, led his men to the church but the place has been deserted. The CP then directed that the suspect be hunted for and brought to book. In compliance with the CP,s directive, the DPO and his men embarked on intelligence and technical-based investigation, and their efforts paid off when the prophet was arrested on the 6th of August 2020 at about 5 a.m”

Assorted charms were also recovered from Mr Ajigbotoluwa’s home and it was further gathered that he said he ran away because most of the allegations against him are true.

The suspect has been transferred to the State Criminal Investigation and Intelligence Department for discreet investigation.