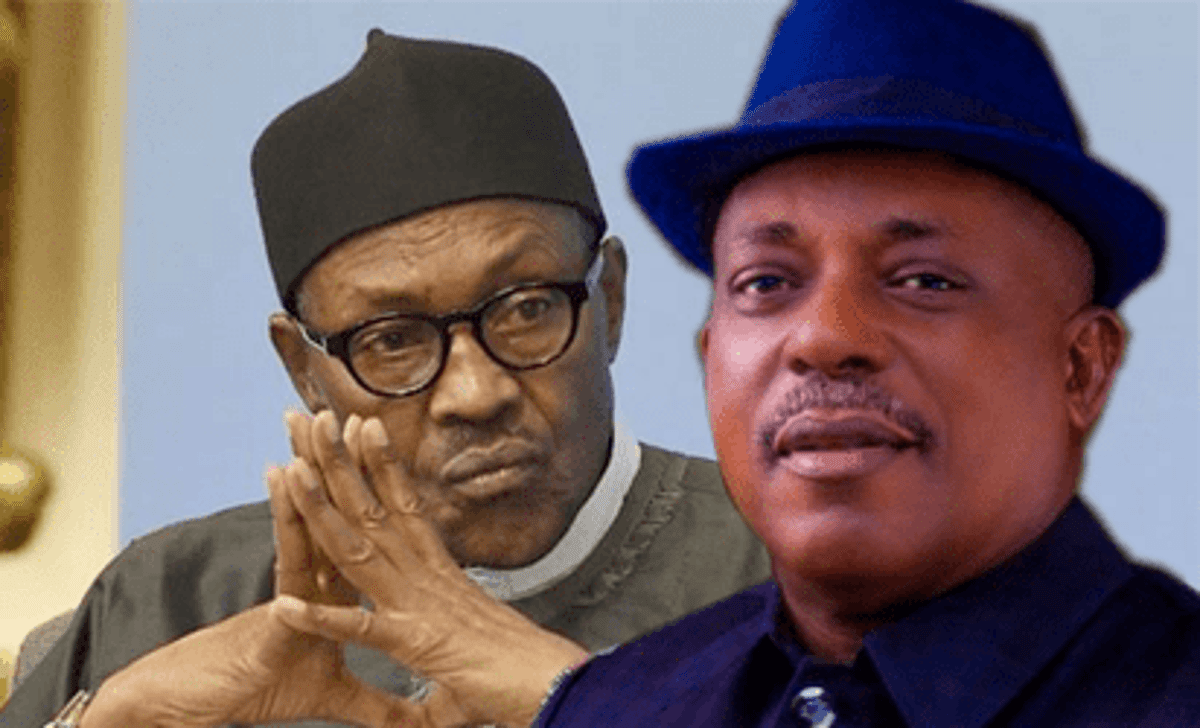 The Peoples Democratic Party (PDP) on Friday asking President Muhammadu Buhari to resign for failure to combat increasing cases of insecurity and corruption across the Country.

“What we are witnessing in our country today is a total collapse of the nation, the country is on ventilator gasping for air, under such circumstance, President Buhari should do the honourable thing required of an elder statesman in situations like this, THROW IN THE TOWEL because nigeria is on and save the country from ruins.” the party stated.

National Chairman of the party, Prince Uche Secondus, presided over the media briefing tagged “Nigeria in a free fall, as corruption, insecurity engulfs the Nation” at the party’s National Secretariat in Abuja.

Lamenting the absence of attention to critical issues, the PDP said it’s becoming very clear to all that “the ears we are targeting are deaf as nothing on ground shows that there is a government in this country”

“No effort is being made from any angle to halt the on-going free fall being witnessed in all fronts in the country. Nigerians have become helpless and have come to accept and live like citizens of nations without leader and with no direction.” the party regretted.”

On the spate of insecurity, the PDP noted that “having exhausted their propaganda of winning the war on terrorism only in their press releases, as reality endowed on all, both the military and political leaders are now helpless and confused.”
According to the party, “What the Nigerian Senate did on Tuesday when it asked the service chiefs to resign was to show to the World that there is no executive arm of government in place.”

It explained that having few months back advised the executive to sack the service chiefs for having out lived their relevance and re-engineer the military for the emerging challenges, and having watched the security situation in the country grow from worse to worse, the legislators have limited option but to do what they did at least to show the people they represent that they are sensitive to their plights.

It expressed worries that not even during the three year brutal civil war did Nigerians witness as much as over 300 soldiers absconding their duties and pouring abuses on their commander.

“Only poor leadership from the military and the polity can drag down morale of soldiers to such pitable level. The Presidency rising immediately to challenge the Senate shows also the level of confusion in the system.” the PDP submitted.

On corruption, the PDP noted that “since transparency International said few years ago that the worst corruption was going-on in Nigeria under this regime, the situation has continued to worsen”.

The PDP further claimed that “corruption has now become a bazar with no pretense about it with all critical agencies of government including the anti-graft body themselves grossly engulfed in it.”

It lamented further that “the nation’s economy is walking to depression because we are least in recession and it’s being fast tracked by the widening scope of corruption involving operatives at the high places.”

The PDP argued that “the free for all corruption going on all over the place leaves us with the impression that the country is dying and there has been a scramble for what one can get out of it before the final demise.”

“Rather than confront the already exposed corruption cases, the government deliberately takes cautious steps to play it down with a view to protecting their members who are neck deep in the growing sleaze.” PDP claimed.

How I was raped, offered blood as water by herders.