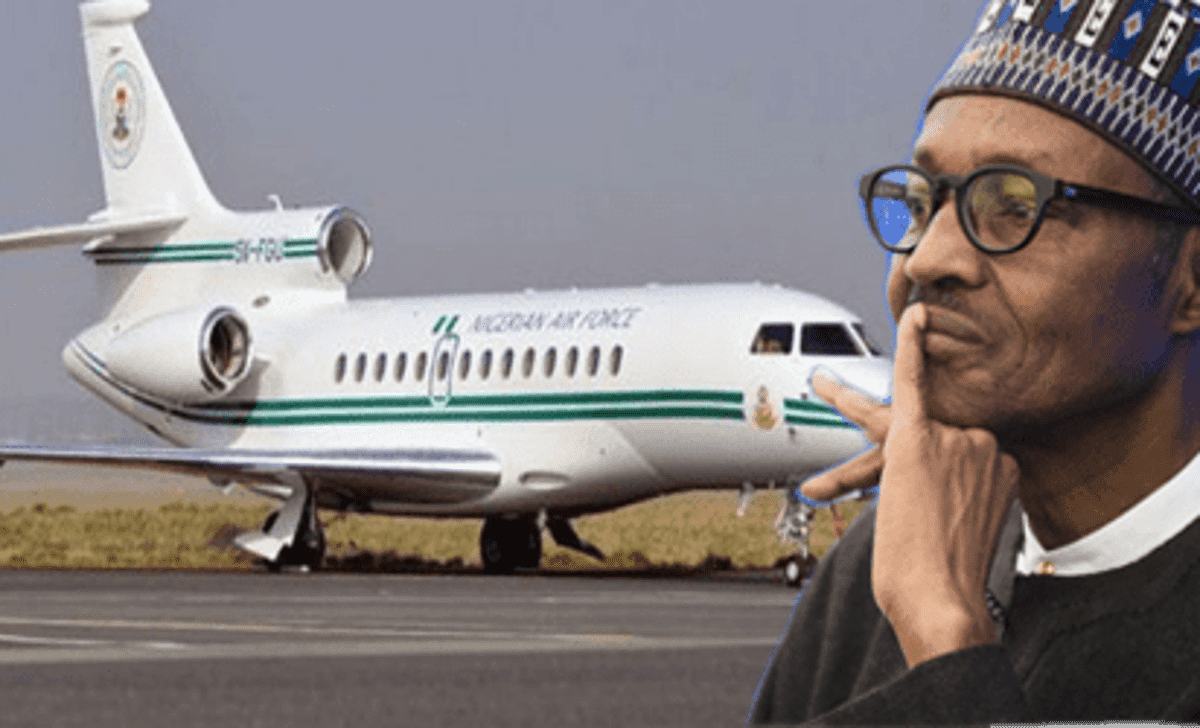 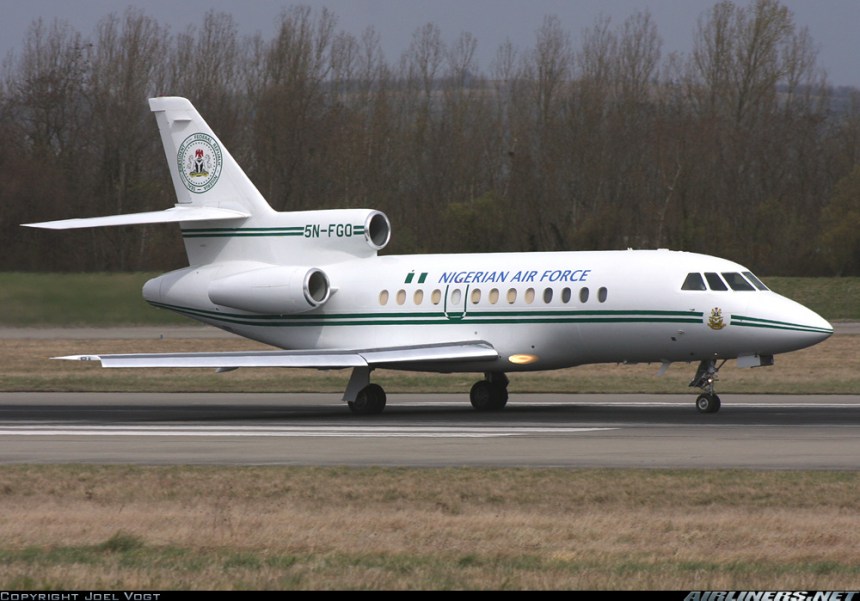 A Hawker 4000 luxury aircraft in the Nigerian Presidential Air Fleet (PAF), has been put up for auction, and it may cost as much as N8 billion ($20 million) for interested buyers.The Guardian yesterday learnt that the relatively new aircraft has been underutilised, and now put up for sale as part of cost-cutting measures.The Federal Government (FG), four years ago, put two of its 10 airplanes up for sale. The cutback measure was not unconnected with the estimated use of N5 billion on maintaining the PAF in 15 months.

In an advertorial published last Wednesday, the government invited buyers to the Hawker 4000 aircraft with registration number 5N-FGX/: RC 066. The business-size jet entered into service in December 2011. It has capacity for nine passengers and three crew members.

A source at the Ministry of Aviation disclosed that the aircraft was up for sale “to cut wastages in maintenance”.

“I understand that the valuation showed that the aircraft is still a very good jet and well maintained but not so needed. It may cost as much $20million in asking price,” the senior official told The Guardian in confidence.

The FG budgeted the sum of N1.492 billion for the upgrade of PAF in the 2020 Appropriation Bill, as captured by the Office of the National Security Adviser. Also, about N792 million was the budget for mandatory upgrade and installation of live TV and Internet service on BBJ (5N-FGT).

Further details of the budget revealed that N250 million would be spent on aviation fuel during the year. The sum is part of the N467.86 million budgeted for fuel and lubricants (general) for 2020.

According to the newspaper advertorial, the Hawker 4000, originally known as the Hawker Horizon, is a super-midsize business jet developed by Hawker Beechcraft (formerly Raytheon Aircraft Company. The luxury airplane currently costs about $22.9 million.

The government informed interested buyers of the luxury aircraft to inspect the Hawker 4000 aircraft at the Presidential Air Fleet’s Hangar located at the Nnamdi Azikiwe International Airport, Abuja, which it said is “ready for sale immediately”.

Interior standing room is an average of six feet. This composite construction also makes the aircraft lighter than a standard aluminium structure, allowing a maximum range of 3,445 nautical miles, and a service ceiling of 45,000 feet (14,000 m).

The aircraft is attracting a lot of attention because of its young age and high level maintenance given to it including the few hours it has flown coupled with the interior that is said to be exquisite.

A stakeholder and aircraft engineer yesterday said: “Total flight time is not up to 2,000 hours since 2011! Over 70,000 of turnaround time not maximised in the last nine years. One can only imagine the number of hours the aircraft would have flown if it had been put to commercial use since its acquisition.

“The profit too is best imagined. But here, an aircraft is acquired with over $20 million taxpayers’ money and allowed to fritter away just like that. Also, maintained with taxpayers’ funds. The culture of waste in this country is sickening,” he said.

The Federal Executive Council (FEC), had in 2010, approved the purchase of three aircraft for the Presidential Air Fleet. The airplanes, which included a Gulfstream G550 and two new Falcon 7X cost the country $154.3 million.

In October 2016, the Presidency put up a Falcon 7X and Hawker Sidley 4000 for sale. President Muhammadu Buhari had before he assumed office said he would put the airplanes for sale to cut the cost of governance.

Buhari’s Senior Special Assistant on Media and Publicity, Garba Shehu, then said the sale was duly authorised by the Presidency. He gave an indication that it would run as auctions to maximise the value from the sale.

He said it was in line with the directive of the President that aircraft in the Presidential air fleet be reduced to cut down wastes. The spokesman said Buhari was elected president r on a commitment to crack down on the country’s systemic corruption, hence downsizing the outlandish presidential fleet had been among his campaign pledges.

Interested buyers of the Hawker 4000 were requested to submit their closed bid to the Chairman, Committee for Sale of Aircraft, Office of the National Security Adviser, care of Special Services Office, Office of the Secretary to the Government of the Federation.   It also said that all the bids should be quoted in United States dollars.