Prince Andrew was pictured in a black suit as he walked behind his elder brother Charles as they followed their father Philip’s Land Rover hearse to the St George’s Chapel.

His decision to wear a suit to the event came after the Queen denied his demand to wear an Admiral’s uniform for the funeral. 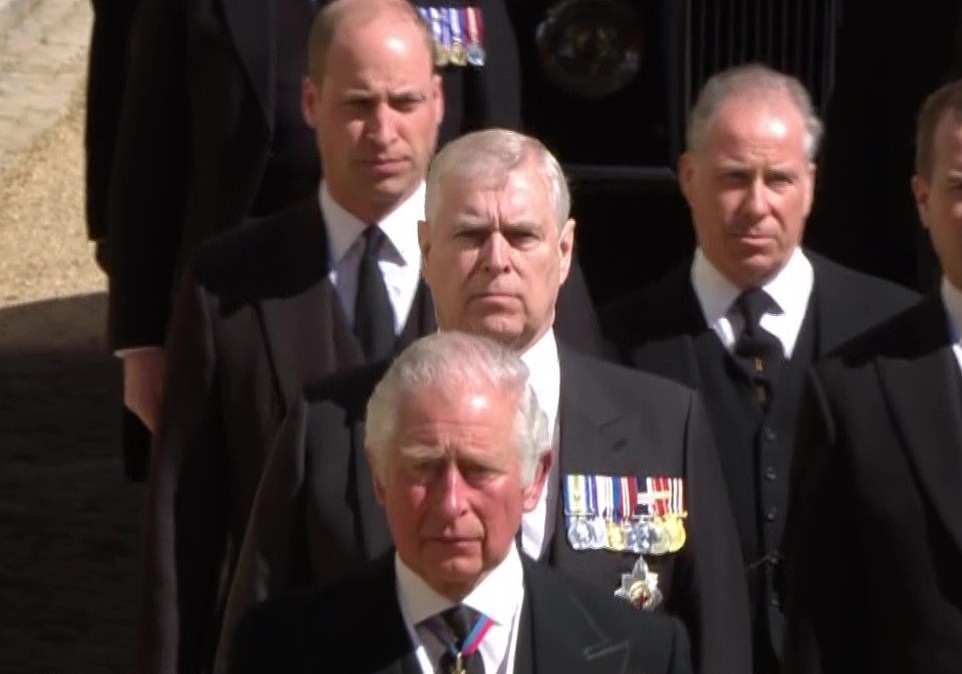 The Duke of York, who served in the Navy and fought in the Falklands War, only had his military medals pinned to his chest like the other members of the royal family.

Prince Andrew walked in the second row of the procession adjacent to his brother Prince Edward, and behind Prince Charles and Princess Anne in the first row. 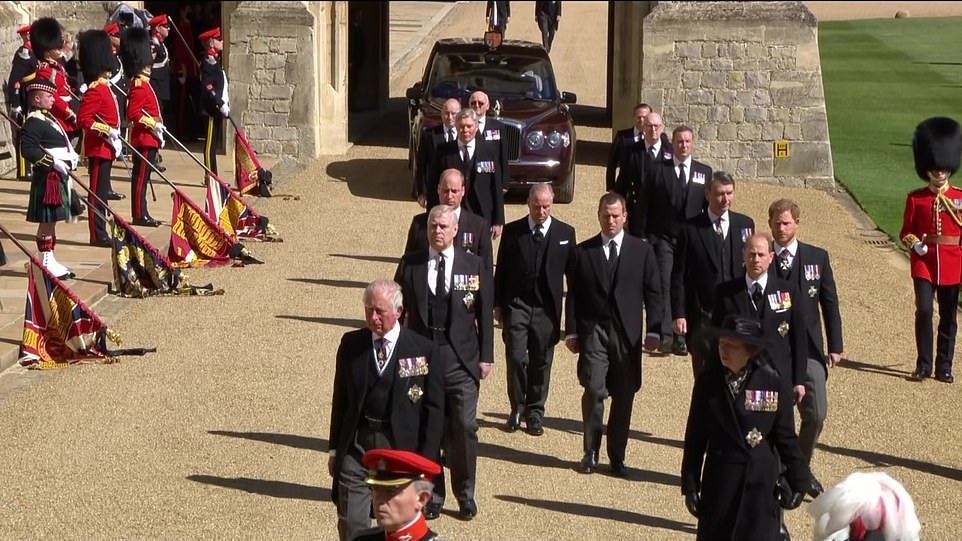 Today’s funeral at Windsor Castle is the first official outing for the Duke of York, who stepped back from public life in 2019 over his friendship with the late convicted paedophile Jeffrey Epstein. 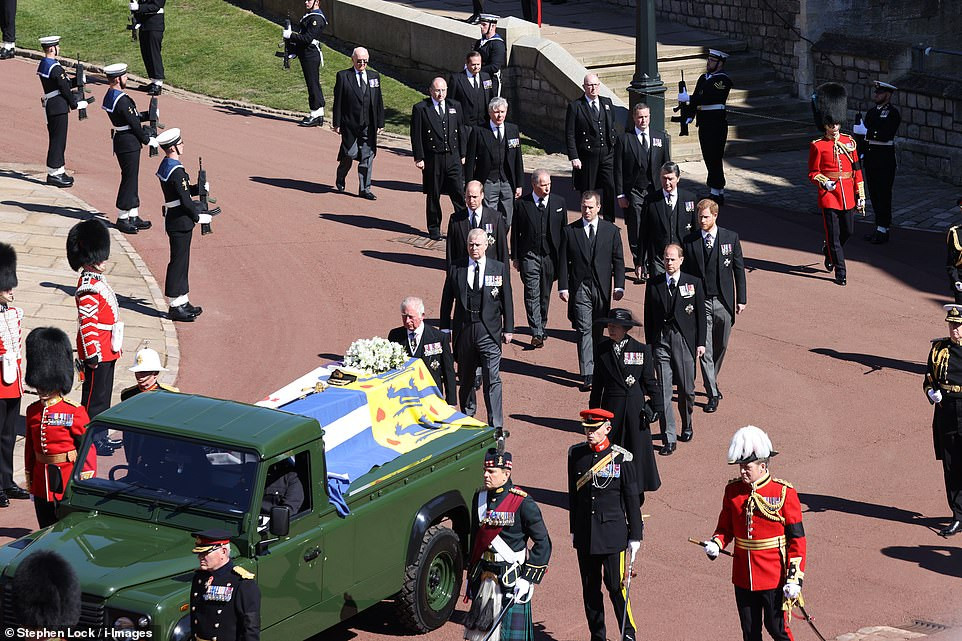 12 Reasons Queen Elizabeth II Will Never Give Up the Throne