The Redeemed Christian Church of God says it is investigating a pastor who was accused of sexual assault by a former basketball player.

Beatrice Wealth took to Twitter on September 11 to claim she was sexually abused by the church’s Director of Sport, Pastor Paul Bankole, in his office in 2016.

Wealth, who represented the Yaba College of Technology, Lagos, in basketball competitions, said she was only 20 years old at the time.

After she shared her story, the Chairman/CEO of Nigerians in Diaspora Commission, Abike Dabiri-Erewa commended her for her “courage”. 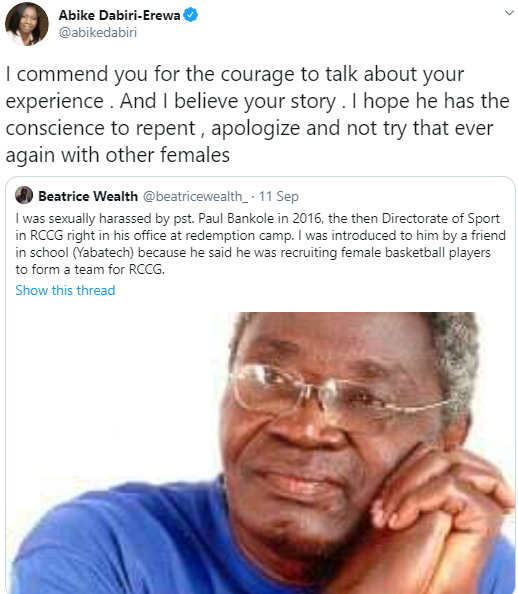 Funso Odesola, an Assistant General Overseer in RCCG, replied to the former basketball player’s tweet, writing: “Our attention has been drawn to your tweet on sexual harassment by Pastor Paul Bankole during your visit to his office at the Redemption Camp.

“We would like to have a physical meeting with you at your earliest convenience in order to further investigate these allegations to forestall a reoccurrence.

“Please accept our utmost apology for whatever you might have passed through as a result of this act.”

Below are tweets shared by Beatrice accusing Pastor Paul Bankole of sexual assault. 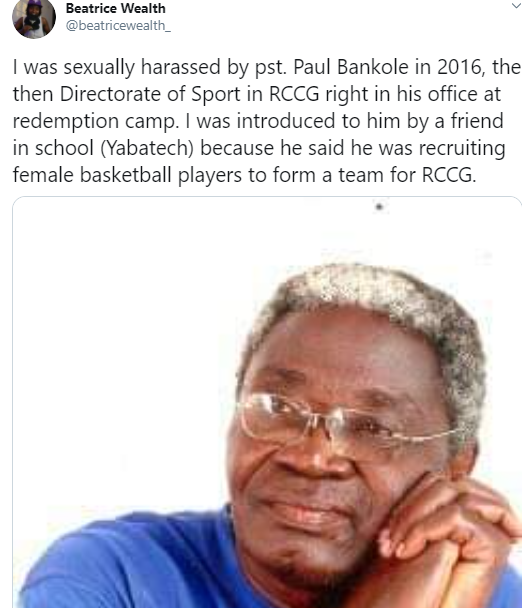 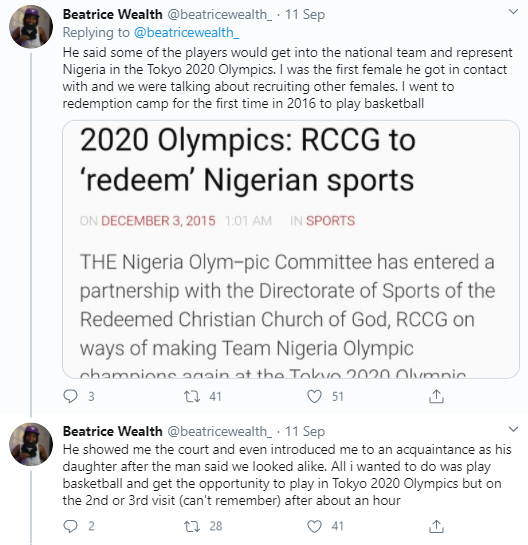 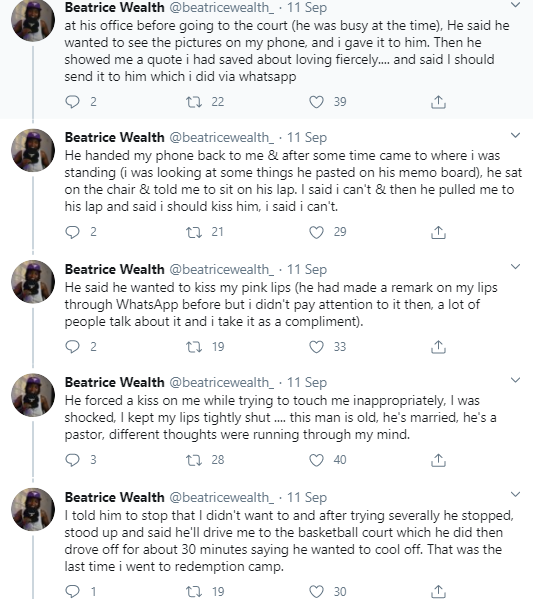 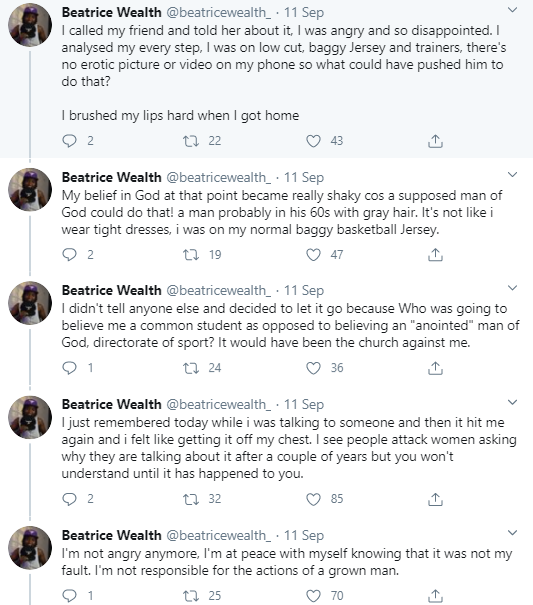 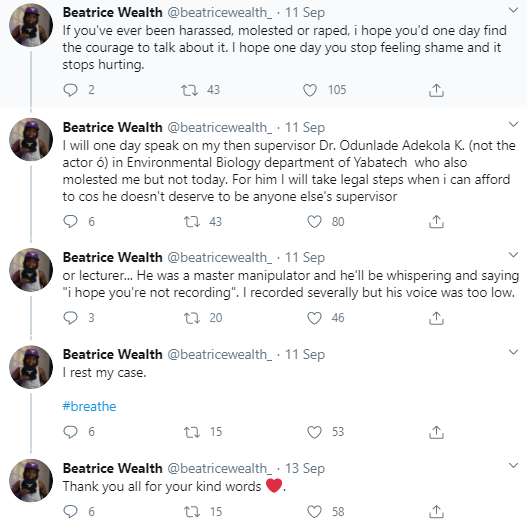