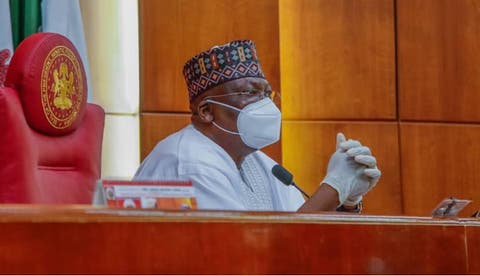 The Senate said it had received fresh fraud allegations against the management of the Niger Delta Development Commission.

The red chamber said the new financial infractions were not captured in the list of the allegation of N40bn reckless spending which a whistle-blower brought against the NDDC to the parliament recently.

The Senate said the fresh probe would be handled by the Senate Committee on Ethics, Privileges and Public Petitions.

The chairman of the panel, Senator Ayo Akinyelure.

He explained that the acting Managing Director of the NDDC, Kemebradikumo Pondei, would be summoned after the Senate panel had concluded its public hearing involving the United Bank for Africa Plc and the liquidators of the defunct NITEL/EMTEL, which would take place soon.

Akinyelure said, “There is a petition that has just been sent to my committee by the leadership of the Senate.

“I received it on Tuesday. It is about the alleged fraudulent practices of the acting Managing Director of the Niger Delta Development Commission.

“I will take my time to study the petition. Our committee will invite him as soon as we conclude hearing on the case involving the UBA which is before our committee.

“We will invite the MD to come and explain to the whole world how he allegedly misappropriated billions of funds as the head of the agency.”

Akinyelure, who did not give further clue into the content of the petition against Pondei, however, said the embattled MD would also answer questions about allegations of contract scams.

The senator from Ondo Central said, “He (Pondei) will also tell Nigerians about the details of the senators who allegedly took gratification and contracts from him.

He must come and prove it beyond reasonable doubts. No senator awards contracts. We can only facilitate project allocation for our various constituencies.

“We don’t even know when the executive would advertise those projects.

“Our job is to ensure that the project is executed. If any Senator or House of Representatives member had gone to the NDDC management to take money or contract, we will ask the MD to expose such a person.

The NDDC should stop blackmailing the entire Senate. We have 109 members in the Senate. We are celebrated Nigerians.

“We were millionaires before we came into the Senate. We had jobs. All the allegations against us are fallacy of the highest order.”

Investigations by one of our correspondents revealed that the fresh petition against Pondei was sent to the leadership of the Senate after the chamber’s ad hoc panel had concluded its probe of the NDDC and even submitted its report.

The report of the panel, led by Senator Olubunmi Adetunmbi, was considered and approved by the upper chamber before proceeding on its annual vacation last week.

The Chairman, Senate Committee on Niger Delta Affairs, Senator Peter Nwaoboshi, however, gave a hint about some of the fresh allegations against Pondei in a statement he signed last week.

Nwaoboshi had while reacting to the allegations by the Minister of Niger Delta Affairs, Senator Godswill Akpabio, wondered while the former Akwa Ibom State governor chose to blackmail lawmakers instead of checking the alleged daily reckless spending in the NDDC despite its probe by the National Assembly.

Nwaoboshi alleged that the Interim Management Committee of the NDDC under Pondei paid N39.4m to a media outfit, Messrs Clear Point Consultancy, to defend media attacks against Akpabio.

He alleged that Pondei’s IMC was using taxpayers’ money to launder Akpabio’s image.

The senator also said the IMC was allegedly paying N51.8m every month as an allowance to Pondei while other members of the team were allegedly being paid N18m monthly.

Nwaoboshi said, “The above revelations are just a tip of the mind-boggling and reckless payments running into billions of naira by the IMC members to themselves and expended with the approval of Mr Akpabio.”

The Senate had last Thursday called for the dissolution of the IMC.

It also asked the embattled IMC, led by Pondei, to refund an extra-budgetary expenditure amounting to N4.923bn to the NDDC accounts.

The red chamber took the decision after approving the recommendations of its ad hoc committee.

The ad hoc panel was set up to unravel the alleged financial recklessness at the NDDC between October 2019 and May 2020.

The Senate asked the Secretary to the Government of the Federation in the Presidency to take over the supervisory role of the NDDC.

The President of the Senate, Ahmad Lawan, had said the report would be submitted to the President, Major General Muhammadu Buhari (retd), who according to him, was “eagerly expecting it.”

Meanwhile, The President, Major General Muhammadu Buhari (retd.), on Friday regretted that some people in his government and the previous one abused the trust reposed in them.

He was speaking when journalists sought his reaction to the revelations coming out from the Economic and Financial Crimes Commission and the Niger Delta Development Commission.

The President regretted that some people in his government and the previous one abused the trust reposed in them.

Buhari spoke in an interview he granted State House correspondents after joining his family members and some top government officials to observe the Eid El-Kabir prayers inside the Presidential Villa, Abuja.

“A number of assets and some money have been recovered. But we have introduced TSA where all the monies are taken and I said asset should be sold and the money be put through TSA so that it can be identified at any level and I will see who will come after us and take it back again to those who misappropriated public funds.

How to take care of your eyes during the Covid 19 pandemic.